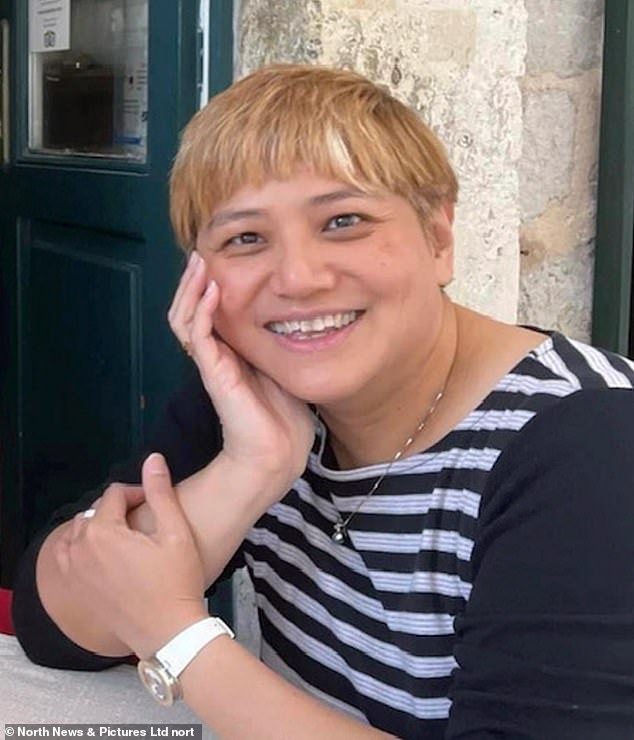 Husband ‘smothered wife with pillow in their hotel room while visiting UK from Singapore to stop her “nagging” and then sent a text to their son saying “I have hurt your mother. She’s gone”‘

By Arthur Parashar For Mailonline

A husband smothered his wife with a pillow in their hotel room on holiday because he ‘wanted her to keep quiet’ and stop her ‘nagging’ him, jurors have been told.

Soong Hert Fong, 51, and Pek Ying Ling, 51, who had been married 27 years, had arrived in Newcastle from their home in Singapore on the next leg of their European tour, which had included trips to the Isle of Sky, Inverness and Edinburgh.

They were due to meet one of their three sons in Paris on December 7 last year having met other family during their trip.

Jurors were told that after Fong had murdered his wife, he then sent a text to his eldest son, who was at university in Newcastle. It said: ‘I have hurt your mother. She’s gone. She’s dead. I just lost it. I tried to cover her mouth to shush her. I just lost it.’

Fong, who denies murder but has admitted manslaughter claims he has ‘no memory whatsoever’ of the killing.

Pek Ying Ling, 51, known as Evelyn Pek, was smothered with a pillow by her husband Soong Hert Fong, known as Alan Fong, because he ‘wanted her to keep quiet’ and stop ‘nagging’ him, jurors at Newcastle Crown Court were told

The murder took place in the County Aparthotel in Newcastle in the early hours of December 6. Fong confirmed the death of his wife in a text to his eldest son at 7.07am saying, ‘She’s gone. She’s dead. I just lost it. I tried to cover her mouth to shush her. I just lost it’

But Prosecutor Peter Makepeace QC rejected these claims and argues that Fong may have knelt on her shoulders during the attack to achieve the required force to kill her.

‘He lost his temper, he snapped and he smothered her to death, apparently to stop her scolding him or nagging him or to keep her quiet,’ the prosecutor said.

Fong also told police after his arrest: ‘I just wanted to keep her quiet.’

Mr Makepeace told the court there was no known history of violence or trouble between the couple but one son suggested that Mrs Pek had been known to ‘scold’ her husband.

The court also heard that Fong injured his buttocks and hands in a fall during their stay at the Bosville Hotel at the Isle of Skye and had visited hospital both there and in Inverness for checks.

Fong had three further falls which resulted in another visit to hospital, this time to the Royal Victoria Infirmary in Newcastle, which led to Mrs Pek ‘scolding him for not taking good care of himself’.

Mr Makepeace said: ‘She wasn’t happy he was continuing to smoke while he was unwell.’

The court heard that the couple returned back to their hotel from the Newcastle hospital shortly after midnight on December 6.

Just hours later, at 7.07am, Fong had sent the text to their son confirming his wife’s death.

Mrs Pek was found by emergency services lying with her legs hanging over the bottom of the bed with a pillow over her face.