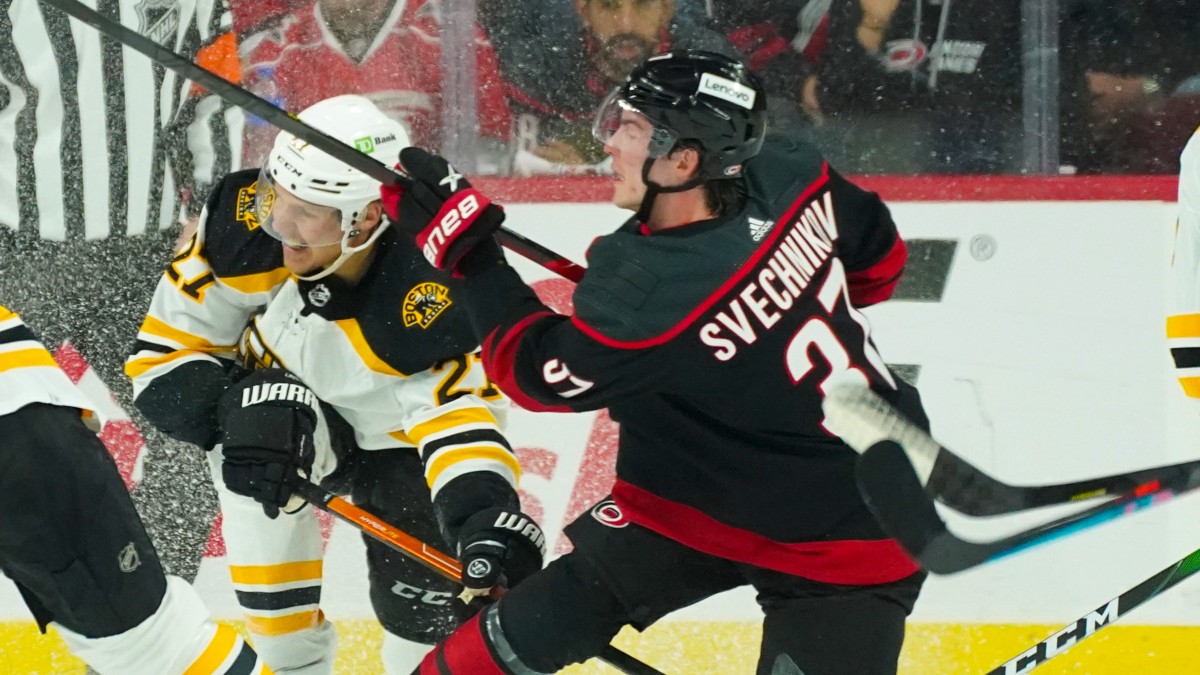 The Boston Bruins not only lost Game 2 to the Carolina Hurricanes, but they also lost a key defenseman during the Wednesday night’s game.

Hampus Lindholm left Game 2 with an upper-body injury after taking a hard hit from Andrei Svechnikov. The hit was reviewed and was downgraded from a major to a minor penalty. Hockey, of course, is a physical game, especially during the Stanley Cup Playoffs, but Svechnikov admitted no foul intent on the hit.

“Obviously, I like the physical side of the game, but I feel bad for that guy,” Svechnikov said, as seen on NESN’s postgame coverage. “It was a pretty hard hit, and I was in that spot where I kind of have to hit, but he didn?t see me. I have to do that, but I feel bad and concerned for him.”

“He?s a power forward. That?s his game,” Brind’Amour said, as seen on NESN’s postgame coverage. “To be effective. That?s how he has to play. You never want to see guys get hurt.”

It remains to be seen if the NHL will review the hit and possibly give out a suspension. An update on Lindholm’s status has not been given since the Bruins ruled him out of Game 2.

“He’s not doing well,” Cassidy said, as seen on NESN’s postgame coverage. “It looked high to me, and that’s why he left the game. He has an upper-body injury. It was on time, certainly, but it looked high. They didn’t see it that way. Sometimes those get reviewed, sometimes they don’t.”