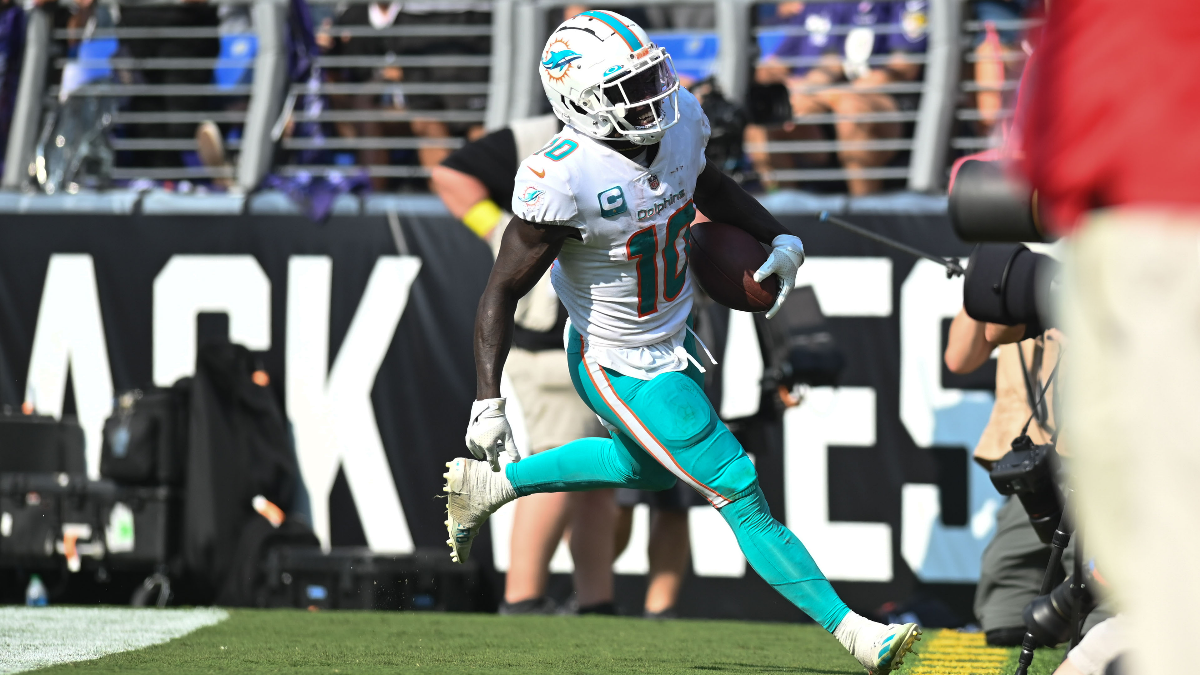 After not facing a ton of resistance in Week 1, Mike McDaniel wanted to see the Dolphins encounter some adversity Sunday in order to see how his team would respond.

Well, the Miami head coach’s wish was granted in spades.

The Baltimore Ravens throttled the Dolphins in the early goings at M&T Bank Stadium, jumping out to a commanding 28-7 halftime lead. The visiting Fins put forth a much better effort in the second half, but as the Week 2 contest rolled into the fourth quarter, Miami’s chances of winning still were very slim.

As McDaniel explained to NBC Sports’ Peter King, Miami has a colorfully named call on its play sheet that’s reserved for when its back is against the wall and the team needs a jolt.

“So we had a play ready, in case things weren’t going right, or in case there were various frustrations,” McDaniel told King. “We installed that play with the expletives, that the quarterbacks knew as the ‘(Expletive) it’ play. Tua (Tagovailoa) loved the play. If we really needed to make something happen, that was the play we’d call.”

McDaniel decided to call the play with a little less than eight minutes to play in the final frame as the Dolphins trailed 35-21. On a crucial third-and-10 from Baltimore’s 48-yard line, Miami stacked three receivers to Tagovailoa’s left and stationed Tyreek Hill by himself on the right. The play worked to perfection, as the superstar speedster took advantage of the light coverage and hauled in a touchdown grab that made it a one-score game. The Dolphins didn’t look back from there, scoring two more touchdowns in the final five minutes to secure an impressive comeback win.