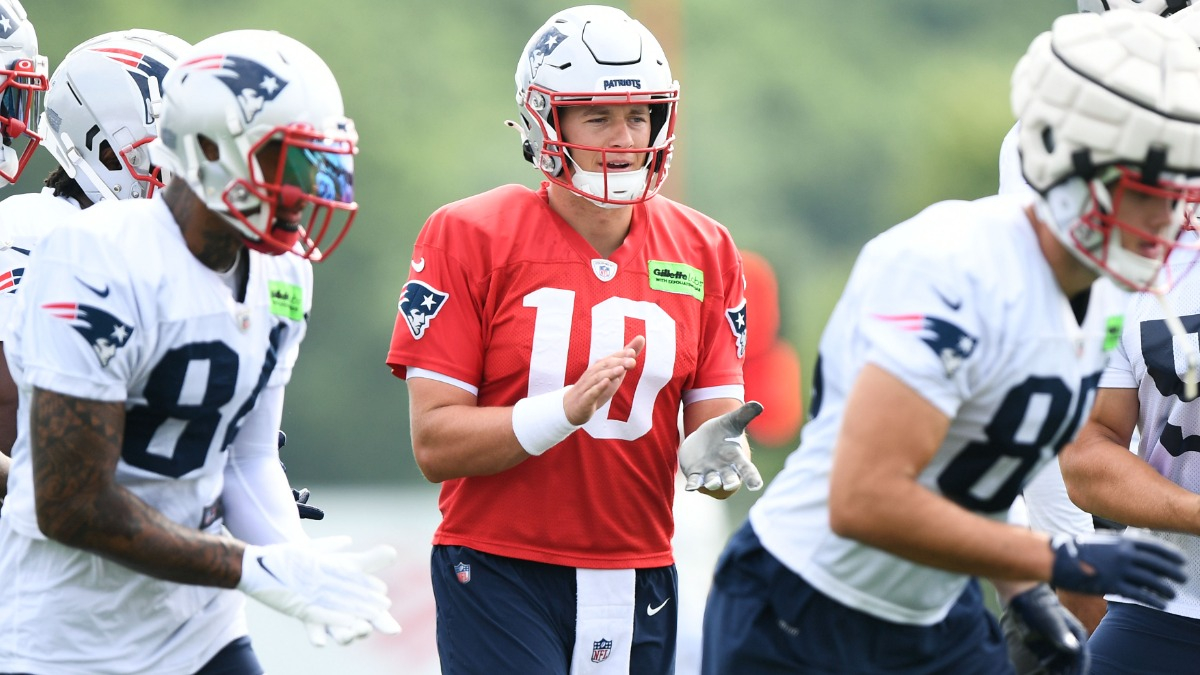 Well, it’s a variety of things, and it still is too early in camp to make any grand proclamations. But one thing seems clear: The changes made to the offense this offseason go beyond mere streamlining and terminology tweaks — as Bill Belichick claimed during the spring. From Kyle Shanahan/Sean McVay-esque boots, outside zone runs and play-action to a general increase in pre-snap motion, the Patriots offense looks different than it did under Josh McDaniels.

Consequently, Jones and his teammates are working through a transition.

“We’re all just trying to learn and figure it out,” he said. ” … At the end of the day, it’s the players’ job to execute the plays that the coaches want, and they’ve done a good job explaining each play.”

“I feel like we can compete even more and even better, but a lot of it is just execution and the X’s and O’s and figuring out how to communicate with each other. Better days ahead, but, you know, we’re in the start of this thing but we gotta get it going.”

Jones added: “Just getting my feet wet in the offense and trying different things.”

Receive Nelson Agholor, who made multiple impressive plays Tuesday, is optimistic that things will turn around soon. And he, like Jones, seemingly believes the struggles are more of a reflection of the players than the coaches.

“Some of it’s different,” Agholor said of the offense. “I think that (coaches) are doing a good job of trying to get offensive players in position, and we’re taking the cuts that come our way and we’re looking at the defense, and we’re making adjustments for man or zone.

“And they do a good job. I think these coaches have been around the game of football for so long that they understand it. It’s just our job to execute what they call.”