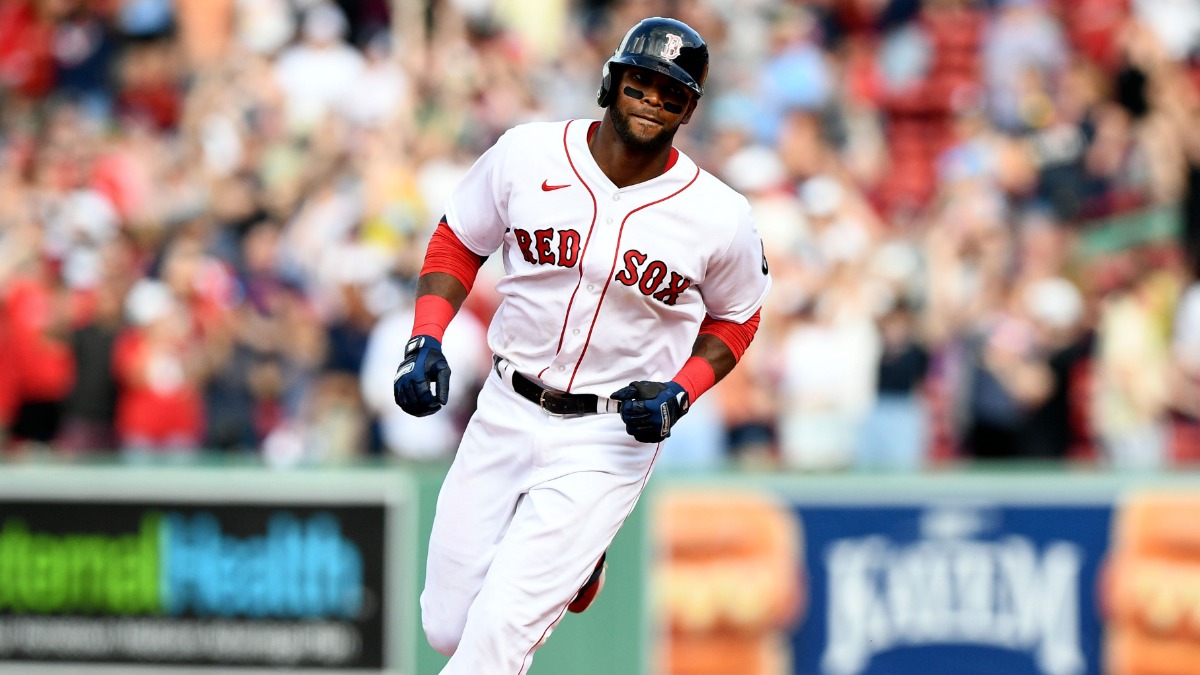 Franchy Cordero came away with a memorable moment Sunday as the outfielder blasted a walk-off grand slam to help the Boston Red Sox earn a 8-4 victory over the Seattle Mariners at Fenway Park.

Cordero took a slider from Seattle’s Andrés Muñoz and belted it 419 feet, causing those at Fenway Park to escalate into pandemonium with his teammates jumping around him at home plate. It marked the first win for the Red Sox in extra innings this season as Boston previously was 0-6 in the extra frame.

Cordero acknowledged that he was as thrilled as anyone.

“Super excited to see the boys jumping around, and excited and happy,” Cordero said through a translator, as seen on NESN’s postgame coverage. “I’m super happy for this moment.”

Cordero was called up to Boston from Triple-A Worcester last month. His resurgence within the organization had caused teammates like starting pitcher Nathan Eovaldi and manager Alex Cora to be thrilled for Cordero, too.

“Everybody is a fan of him and we’re happy that he’s having the success he is,” Eovaldi said after recording a career-best 11 strikeouts in 6 2/3 innings.

Cora added: “There?s a lot of guys in that clubhouse that they?re very happy. Very quietly, he (Cordero) brings a lot of joy to the team, a lot of energy.”