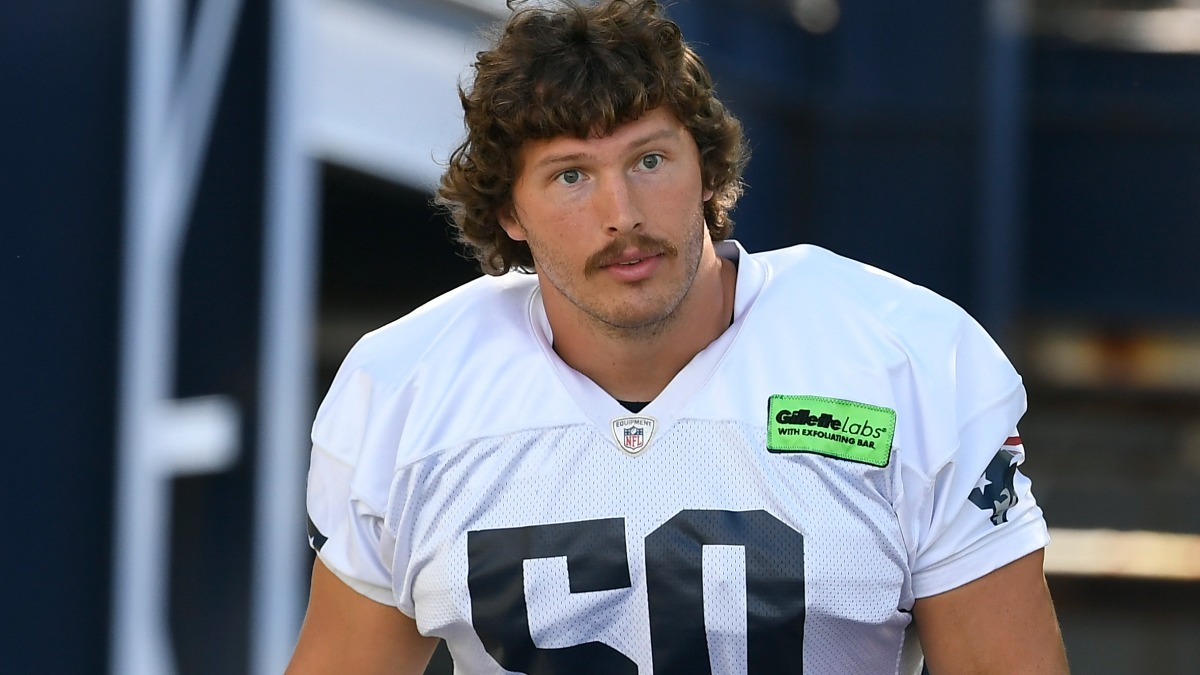 FOXBORO, Mass. — As a first-round pick, and an especially polarizing one at that, Cole Strange will be among the most watched and talked-about players at Patriots training camp. And, with Monday offering the first padded practice of camp, it gave us our best look yet at New England’s rookie guard.

And, well, it wasn’t an awful day for Strange, but he certainly struggled at times.

He got bested by Christian Barmore — no shame in that, really — in his first 1-on-1 rep. He then got beaten by Henry Anderson (might’ve held him, too) before seemingly tying with Anfernee Jennings.

Competitive team drills were even more of a mixed bag. Strange did well against Barmore in one rep, and also stood up Lawrence Guy and Davon Godchaux. But he was beaten cleanly by both Jahlani Tavai and LaBryan Ray, and a rough rep against Jennings appeared to prompt some close coaching from Bill Belichick. Strange also could’ve been called for a few more holds.

Worth noting: The entire line seemed out of sync, especially early on. Multiple players had to run laps due to penalties, including tackle Isaiah Wynn, who jumped offsides on the first 11-on-11 play of the practice. The offense was working on running and short passing plays during the period.

Speaking of Wynn, he was asked about Strange after practice.