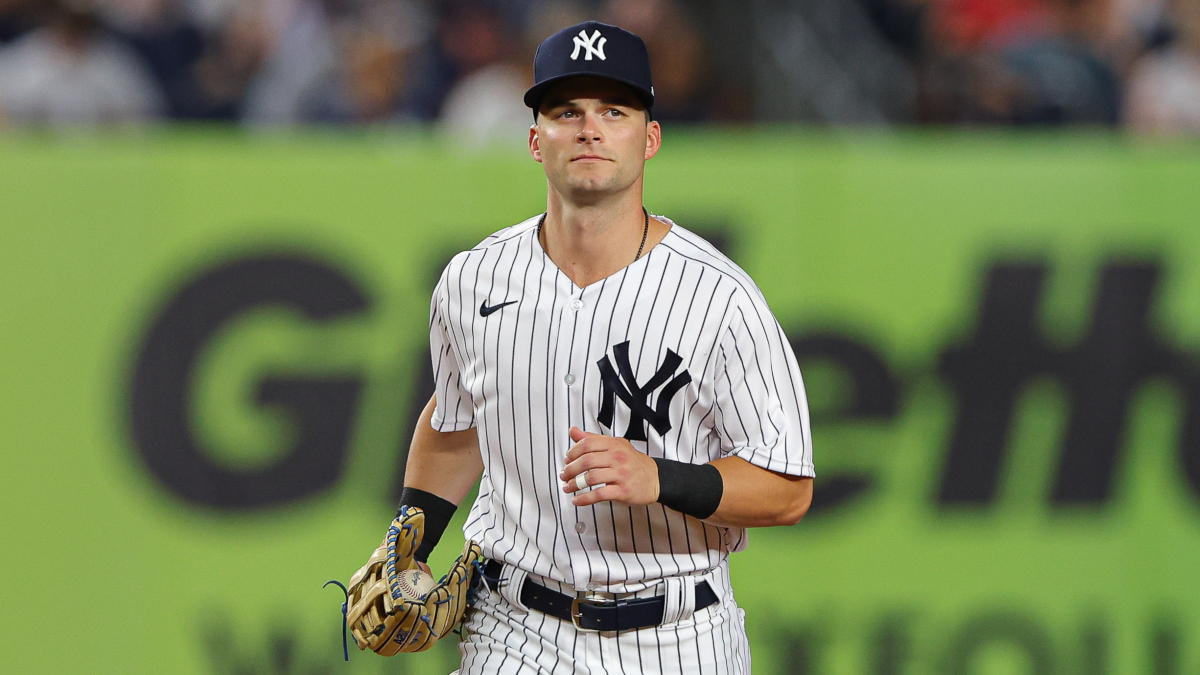 It was a quick turnaround for Andrew Benintendi, who played in a game against the Kansas City Royals just one day after they dealt him to the New York Yankees.

The freshly-shaven former Red Sox outfielder slotted into the top of a devastating Yankees lineup, looking to make some noise in his debut with New York. Unfortunately for the newest man in pinstripes, it was a debut to forget, as he went 0-for-4 with a strikeout.

Benintendi saw just three pitches thrown his way in his first at-bat, as former teammate Brady Singer struck him out with a 95 mph sinker at the knees. The 28-year-old never hit the ball out of the infield, grounding out twice and popping one into foul territory.

The Yankees did, however, go home happy with their superstar Aaron Judge connecting on his 39th home run of the season to notch a walk-off victory over the Royals.