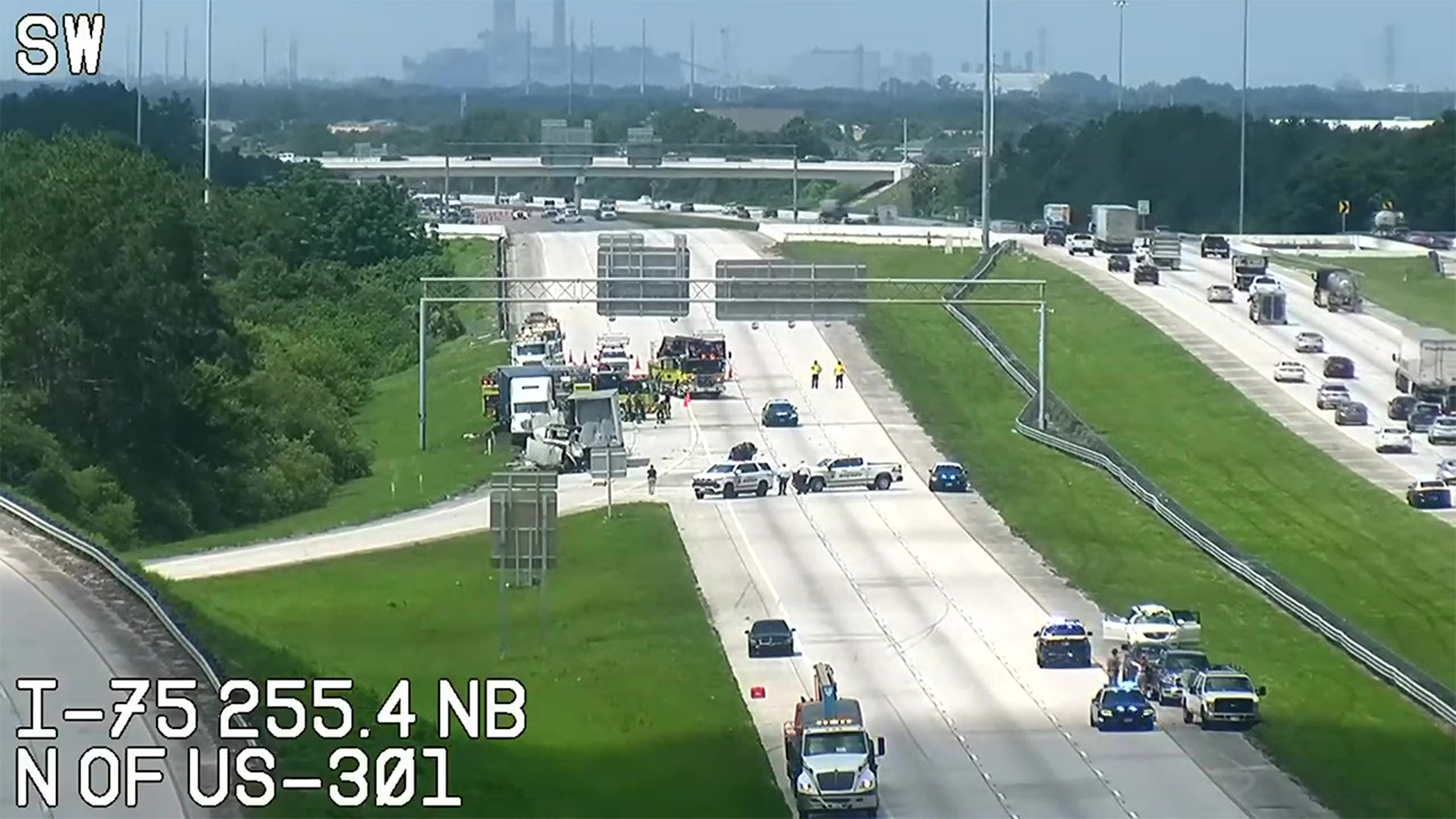 A semi-trailer truck drifted onto the shoulder of the on the Interstate 75 highway in Florida and rammed into another parked semi-truck on Friday.

Chaos ensued as the first semi’s gas tanks separated and flew into the air upon impact.

It hit a Buick Enclave killing a 49-year-old passenger around 10:00 am this morning,  Florida Highway Patrol confirmed to WTVT.

The driver of the Buick, a 22-year-old man, and its two other passengers, four and ten-year-old boys suffered minor injuries.

Their relationship is unknown but the female passenger was said to be from Ruskin, FL

Highway Patrol is investigating what caused the truck to drift.

The drivers of both trucks also had minor injuries.

Fire crews were eventually able to put out the truck fire,

The crash occurred in the northbound lanes of Interstate 75, near Tampa.

The Buick was in the center lane when it was hit.

Police closed the northbound lanes of the highway Exit 256, where the crash occurred.

They are diverted traffic to  U.S. 301, another major interstate.

The closure lasted for four hours.

The lanes have since reopened following a clean-up and investigation.