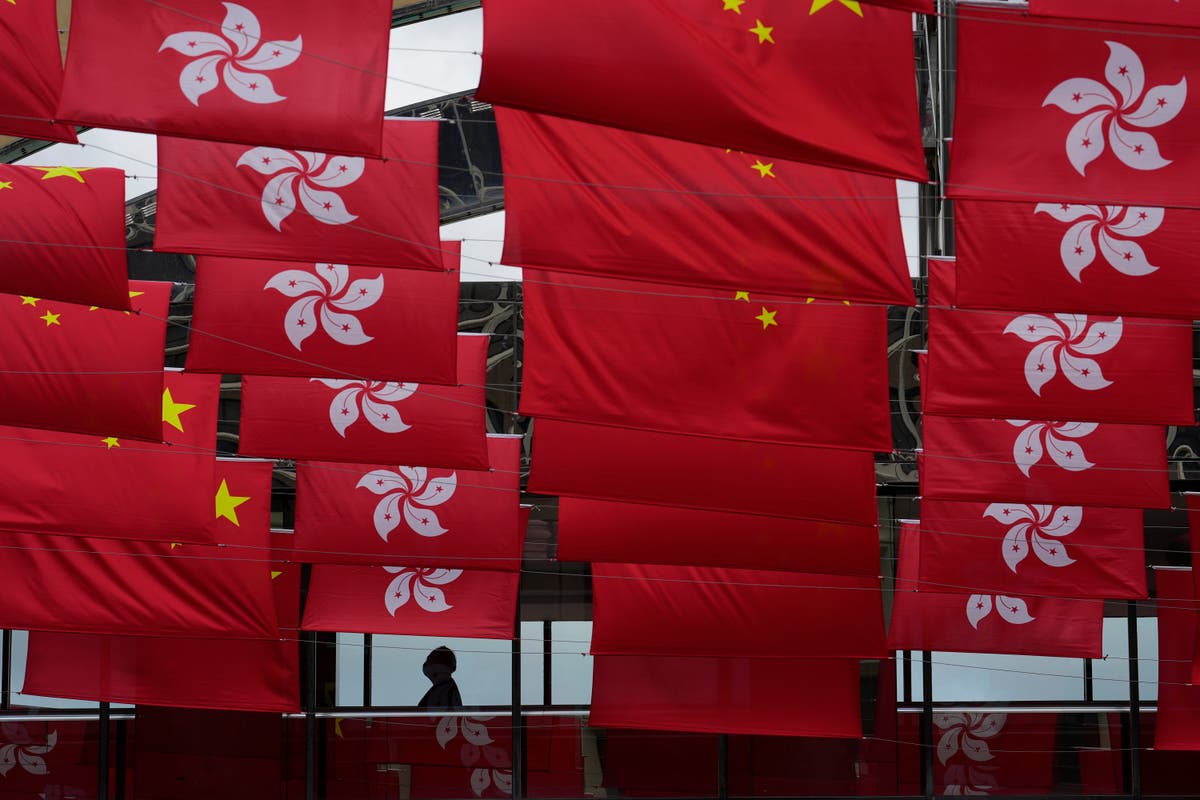 Five men have been arrested in Hong Kong and charged with sedition as the city prepares to celebrate the 25th anniversary of the handover of the city to China by the British.

Police said in a statement that two men were arrested and charged on Wednesday with “doing an act or acts with seditious intention”. Local reports said the men are 20 and 30 years old.

Police said the two men were suspected of posting messages on social media that promoted “ill will and enmity between different classes of the population of Hong Kong and incite the use of violence”.

If convicted, the men can be sentenced to two years in jail.

The three other arrests were related to a previous case involving a martial arts coach accused of running an armed separatist movement. The men are aged between 39 and 50.

Police charged them with sedition and said that they seized “a large number of offensive weapons” which they claimed included, machetes, knives and swords from their residences.

Hong Kong police are on high alert for the upcoming 25th anniversary celebrations of the British handover to China. On 1 July, a new city government will also be sworn in.

There are reports that Chinese president Xi Jinping might visit Hong Kong for the anniversary celebrations. Every Chinese leader since 1997 has attended the 1 July inauguration. Mr Xi’s visit this time, however, is in doubt as senior officials in the city have come down with Covid.

Since the pro-democracy protests that rocked Hong Kong and the introduction of the contentious national security law by China, that critics said stifles dissent, police have arrested more than 190 people for sedition charges.

Beijing has rubbished reports and criticism of shrinking space for dissent in Hong Kong.

The city’s China-backed government has wielded the national security law against journalists, trade unionists and anybody who has been critical of the city’s government.

It said that to mark the 25th anniversary, two trams were set to traverse Belgium’s capital Brussels between 7 June and 29 August bearing the slogan “A New Era – Stability. Prosperity. Opportunity”. But Brussels’s public transport operator pulled advertising for the campaign after receiving complaints about Beijing’s human rights record.

SCMP also reported that on June 30, a gala reception is planned at the Royal Museums of Fine Arts of Belgium to mark the anniversary.