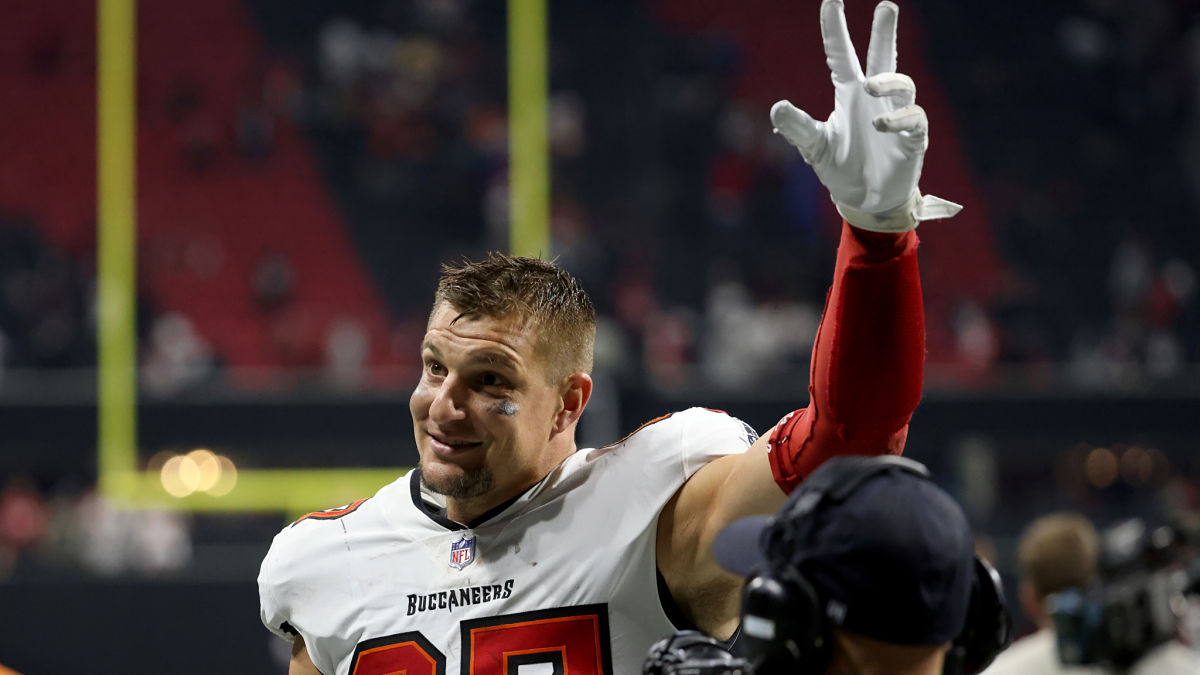 It turns out Tom Brady will not be getting his safety blanket back for the 2022 season.

Rob Gronkowski is retiring from the NFL for the second time in his career. There is already speculation from his own agent that he could return again, but for the time being, let’s assume this one holds.

In that scenario, the all-time great tight end should start thinking about which clothes will go best with the gold jacket he is bound to receive from the Pro Football Hall of Fame.

In fact, the hall already appears to have its calendar marked for when Gronkowski does become eligible for the highest honor in sports.

The Pro Football Hall Of Fame captioned their tweet from Tuesday with “Worth noting,” in regards to a graphic of Rob Gronkowski and text that read “Eligible for the class of 2027.”

It would be shocking if Gronk is not a first-ballot Hall of Famer given his track record of being arguably the best tight end in NFL history.