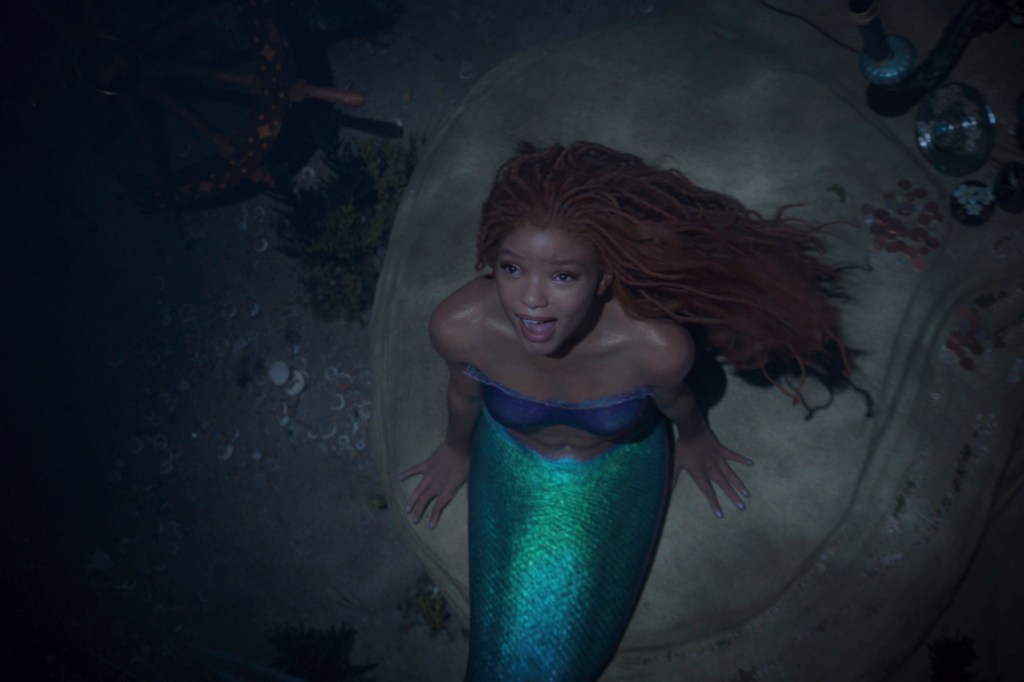 Much to the dismay of racists online, Halle Bailey — of the celebrated sister duo Chloe x Halle — has embodied the titular red-haired mermaid in Disney’s forthcoming live-action reboot of The Little Mermaid. The actress and singer spoke out about the importance of representation onscreen and why, specifically, her own hair was such an important aspect of Ariel’s new look.

Speaking to Entertainment Weekly, Bailey confirmed that director Rob Marshall encouraged her to incorporate aspects of herself into the iconic role, including her locs.

“With Rob, he’s so amazing and just saying, ‘I see you and I want to bring you into the character,’” Bailey said. “So it was a beautiful thing. My hair, for example — incorporating my locs into the red hair was something that was really special to me. The outfit, the fins, everything. It’s just amazing. I’m just grateful that I’ve been able to take the essence of me and mix the two.”

She added of taking on the high-pressure role: “I really felt like I got strong, mentally and physically, and I think it was a really good thing for me to do, just in terms of developing into a woman and myself, and knowing myself more. I’m more sure of myself after the filming experience, for sure.”

Bailey also reflected on the relatability of her character. Since the film’s official trailer dropped earlier this month, videos of young Black girls watching the trailer for the first time with delight have earned millions of views.

“We all yearn for something greater,” Bailey explained of Ariel. “We all relate to feeling like we want something better for ourselves, and I think the strength in her is that she goes for it. She goes after what she wants and what she sees for herself, and she knows she should be somewhere else. I just admire that strength of hers, and was really trying to play that in this version.”

She also confirmed that the film’s story has evolved for the original 1989 animated version. The actress told EW that this take on the fairy tale narrative is not just about “falling in love and wanting a boy and wanting the above world.” Bailey added, “It’s more about what [Ariel] sees for herself and her future and her passion.”

News of Bailey’s casting as Ariel initially drew ire from some Disney fans, who took issue with a Black actress embodying the role of the fictional princess. The Grammy Award nominee addressed the controversy in an interview with Variety recently.

The Little Mermaid also stars Javier Bardem, Awkwafina, Jacob Tremblay, and Melissa McCarthy. It is set to hit theaters May 26, 2023.