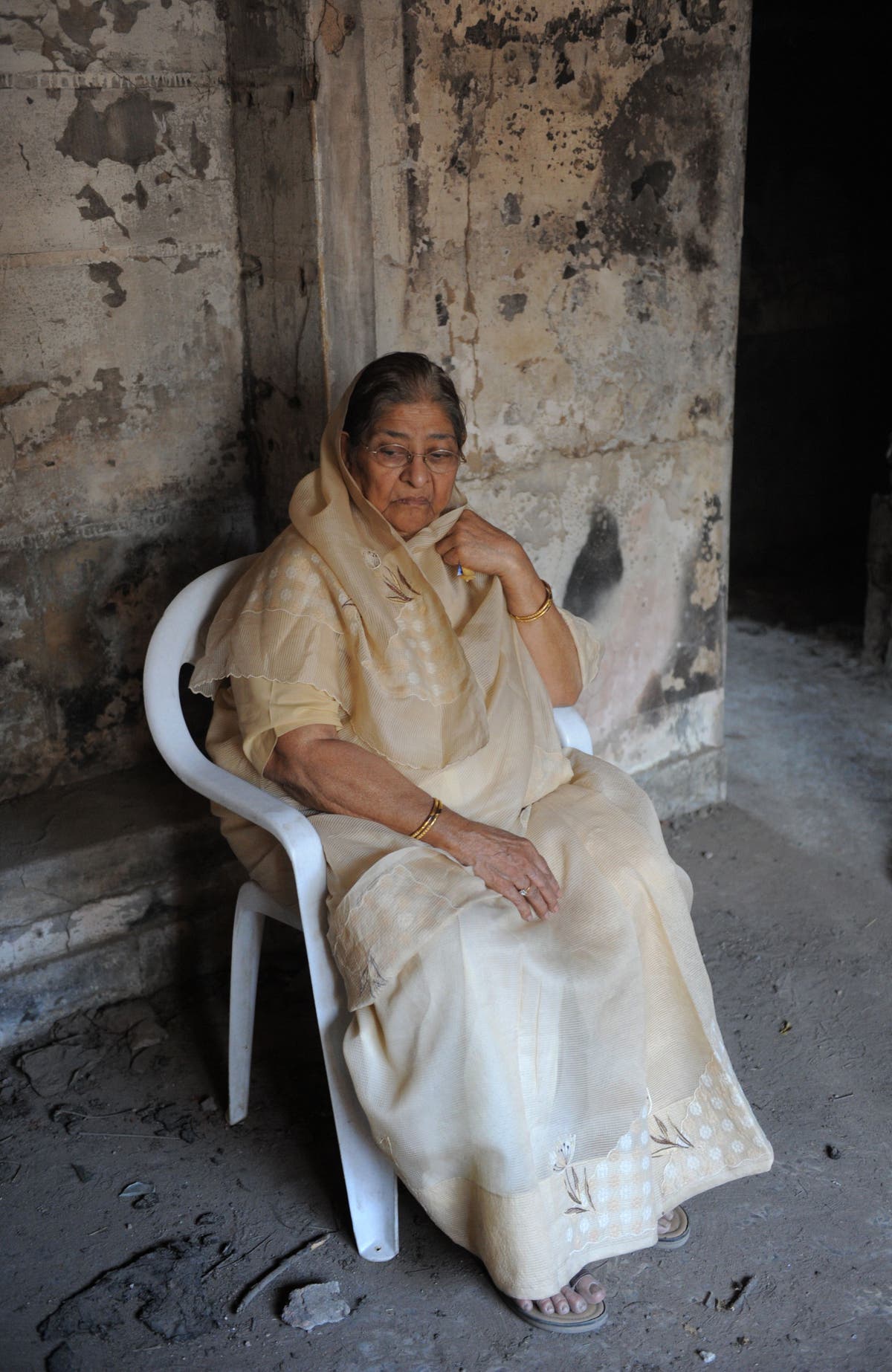 The plea was filed by Zakia Jafri, 83, the wife of slain opposition Congress party politician Ehsan Jafri who was tortured and killed in Gujarat’s Gulberg Society on 28 February 2002.

The petition claimed Gujarat’s political leaders at the time conspired to allow the riots to happen so that Hindus could vent their anger over an earlier incident that led to the deaths of several Hindus inside the train.

Mr Modi, now the country’s prime minister, and the other officials have consistently denied any wrongdoing.

The day before Jafri’s death, 59 people on the Sabarmati Express – volunteers of Hindu organisations – died when their coach was set on fire at Gujarat’s Godhra station by a suspected Muslim mob, though it is often disputed as to who lit the fire.

The incident sparked widespread communal violence across Gujarat in which 1,180 people were killed.

In her petition, Ms Jafri challenged the findings of the SIT report submitted in 2012 and called for it to be reexamined as it ignored crucial evidence.

On Friday, a bench headed by Supreme Court justice AM Khanwilkar upheld the order of a special metropolitan magistrate rejecting Ms Jafri’s petition against the closure report filed by the SIT.

“We uphold the decision of the Magistrate in accepting the final report dated 08.02.2012 submitted by the SIT as it is and rejecting the protest petition filed by the appellant [Zakia Jafri],” the judgment said.

The top court also upheld a Gujarat high court order that had also dismissed Ms Jafri’s petition challenging the SIT report and said that it found “the appeal is devoid of merits and deserves to be dismissed in aforementioned”.

“The question of further investigation would have arisen only on the availability of new material/information in connection with the allegation of larger conspiracy at the highest level, which is not forthcoming in this case. Hence, the final report, as submitted by the SIT, ought to be accepted as it is, without doing anything more”, it added.

Ms Jafri’s case attempted “to pin responsibility for the Gujarat 2002 carnage on the people who were in power at the time… people who failed to prevent the spread of violence, and may have done so deliberately,” said the Citizens for Justice and Peace (CJP), a nonprofit that is the second petitioner in the matter.

Several police officers who testified to the Nanavati Commission formed by the Gujarat government to probe the Sabarmati Express carnage and the subsequent riots, and whose affidavits were used in Ms Jafri’ petition, have also been slapped with a number of legal cases.

Dismissing the petition, the top court claimed it attempted to create sensation through false revelations “to keep the pot boiling, for ulterior design”.

“As a matter of fact, all those involved in such abuse of process, need to be in the dock and proceeded in accordance with law.”

It also added that “conspiracy cannot be readily inferred on the basis of inaction or failure of the state administration,” and praised the SIT for its work in probing the riots.

“While parting, we express our appreciation for the indefatigable work done by the team of SIT officials in the challenging circumstances they had to face and yet, we find that they have come out with flying colours unscathed.”

After the judgement was announced Ms Jafri’s family said that they were disappointed.

“We are very disappointed with the order,” her son Tanveer Jafri told The Independent.

“It’s a 450-page judgement, we will need time to read it thoroughly.”

In December, Ms Jafri, who has been fighting for justice for two decades had told The Independent that she was not intimidated in taking on the country’s top officials.

“I am not scared of anything. I saw everything with my own eyes and I know the truth. I was watching when they tortured and killed him. This gives me the courage to fight,” she had said.