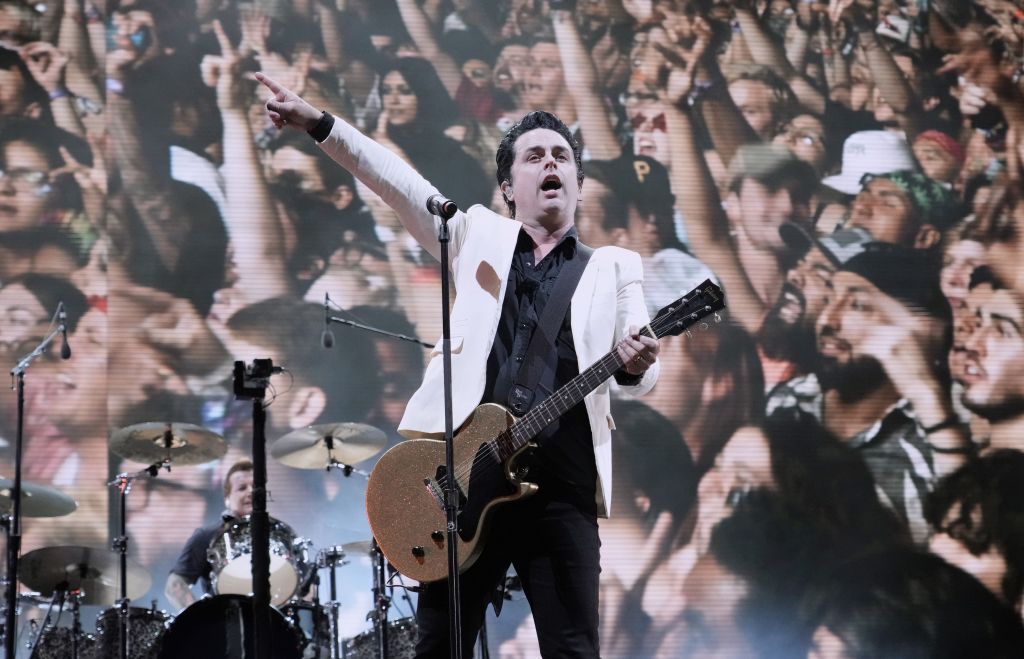 The trio was scheduled to perform May 29 at Moscow prior to their European tour in June. However, the band wrote Sunday on their Instagram Stories, “With heavy hearts, in light of current events we feel it is necessary to cancel our upcoming show in Moscow at Spartak Stadium.”

“We are aware that this moment is not about stadium rock shows, it’s so much bigger than that,” Green Day continued. “But we also know that rock and roll is forever and we feel confident there will be a time and a place for us to return in the future. Refunds available at the point of purchase. Stay safe.” The gig has already been removed from Green Day’s touring itinerary on their website.

Green Day is the most high-profile North American act to cancel a Russian concert following the nation’s invasion of Ukraine earlier this week. Russian President Vladimir Putin has been near-universally condemned for the invasion, which has resulted in economic sanctions against Russia from the U.S., Europe and other countries worldwide.

Pussy Riot’s Nadya Tolokonnikova and Stevie Nicks are among the artists who have spoken out against Putin amid the Ukraine invasion. “This is Hitler coming back to haunt us. In one evening, until now, an entire sovereign country has been full-on invaded,” Nicks wrote of Putin, while Tolokonnikova said of the Russian president to Rolling Stone, “Fuck Putin. I hope he dies soon.”