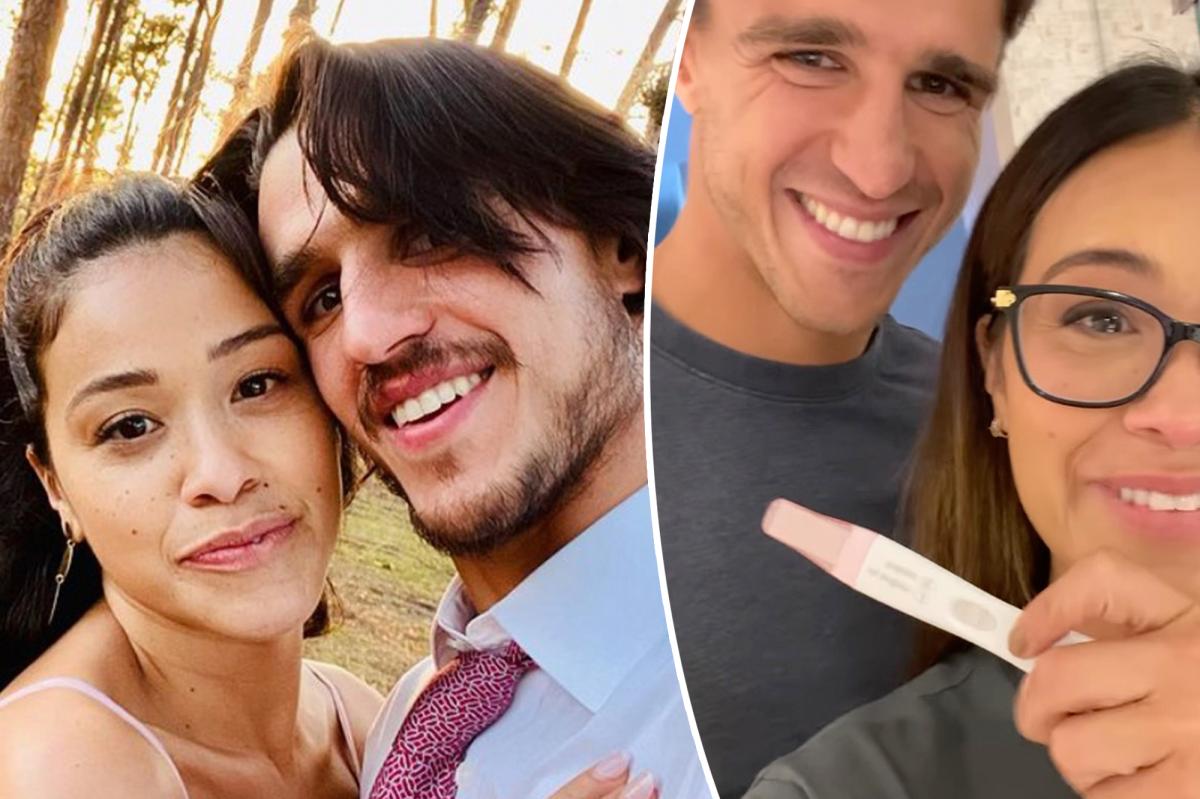 Gina Rodriguez is pregnant with her first child, the actress announced via social media on her 38th birthday.

“This birthday hits different. ❤️,” the “Jane The Virgin” star captioned an Instagram clip composed of snaps of the actress kissing her husband, Joe LoCicero, with one photo of Rodriguez holding up a positive pregnancy test as her hubby smiles wide.

“Anyone can want you. But love his different when someone actually values you,” a deep voice narrated over the clip.

Several celebrity friends congratulated the pair, including “Orange is the New Black” alum and mother-of-one Danielle Brooks, who wrote, “Welcome to the club mama!!! 🎉.”

“Yaaaaaay my love!! So much love for you THREE 😍,” Brittany Snow added, while Selenis Leyva commented, “This is exactly the type of happiness i saw for you ! Te adoro hermana!!!!! Congratulations to you both.”

Rodriguez and LoCicero, 35, met on the set of “Jane the Virgin” in 2016 when he guest-starred on the CW show. The pair confirmed their engagement two years later and were married by 2019.

The actress recently opened up to Rachel Bilson and Olivia Allen on their podcast, “Broad Ideas,” about her battle with Hashimoto’s disease —  a disorder that affects one’s thyroid and leads to hormonal and physical changes.

“I got an actor’s curse because it directly affects your metabolism, you know, you’re not producing the hormone that your body needs,” she said.

Rodriguez continued, “So you, at times, it can feel like you have a loss of communication with this thing, that spacesuit that you’re in, and you’re just like, ‘Why don’t I have a grasp on shifting what this physical being is?’”