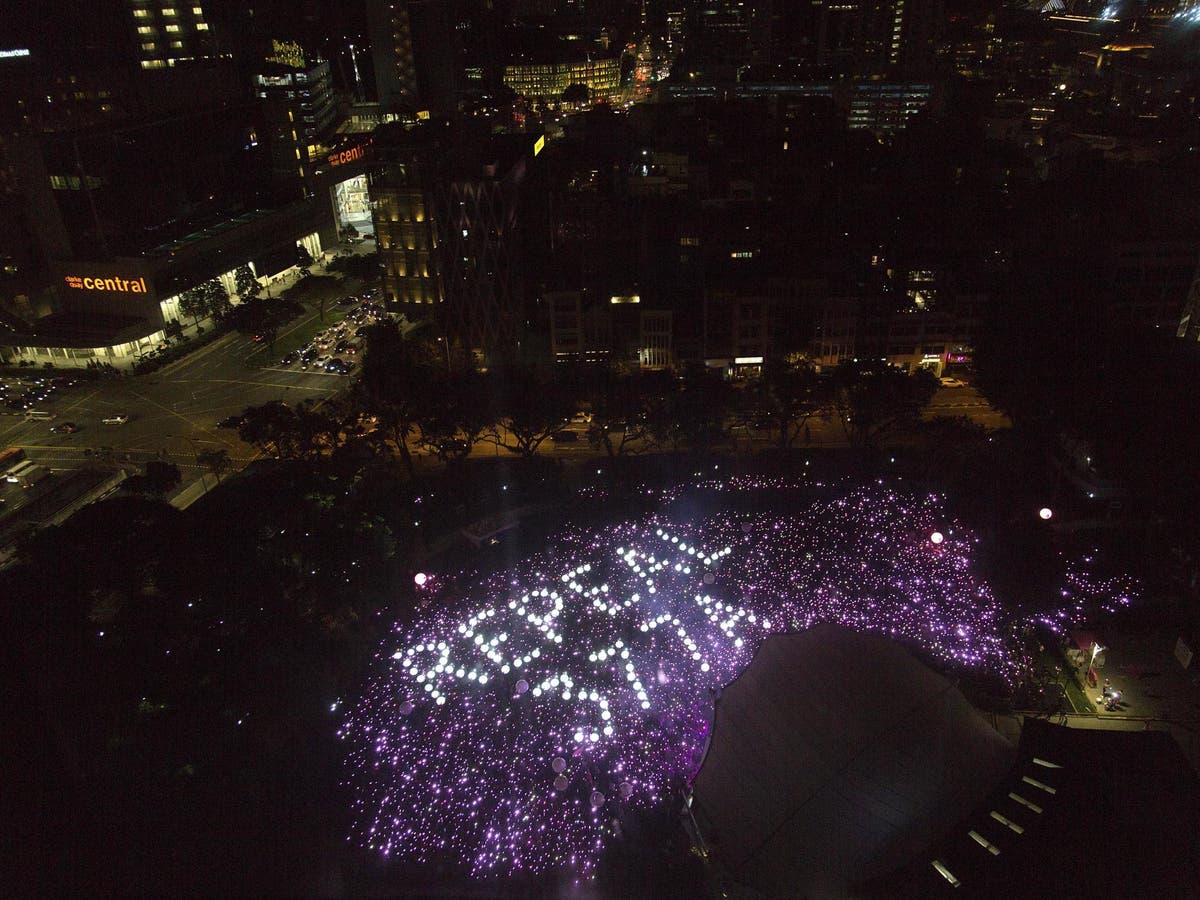 The Court of Appeals dismissed the challenge and said that because the law was not enforced it therefore could not breach the plaintiff’s constitutional rights.

Pink Dot SG, an LGBT+ advocacy group in Singapore, said it was “profoundly disappointed” by the top court’s decision.

The group said in a statement: “The acknowledgement that Section 377A is unenforceable only in the prosecutorial sense is cold comfort.”

It added: “Section 377A’s real impact lies in how it perpetuates discrimination across every aspect of life: at home, in schools, in the workplace, in our media, and even access to vital services like health care.”

A similar British colonial-era law in India was struck down by the country’s Supreme Court in 2018 — galvanising efforts in other Commonwealth countries and regions to fight for the same.

In Singapore, according to the “rarely used” law, offenders can be jailed for up to two years.

The activists who had sought to overturn the law that criminalises sex between two men include a retired doctor — Dr Tan Seng Kee; a DJ — Ong Ming Johnson; and a former director of a non-profit group — Choong Chee Hong.

In its 152-page decision on Monday, Singapore’s chief justice Sundaresh Menon said that “it is parliament, and not the courts, that is best placed to devise a pluralistic vision that accommodates divergent interests”.

The judge said that the court is “not a front-runner for social change or an architect of social policy”.

The prime minister of Singapore, Lee Hsien Loong, has long said that the Southeast Asian island nation is not ready for changes that repealing the law could bring.

Judge Menon also said that the court did not a breach of the constitution.

The court said on Monday that since the law was not being enforced, the three plaintiffs could not suffer harm, and therefore were not entitled to bring the case.

Judge Menon said: “They [the plaintiffs] do not face any real and credible threat of prosecution under [Section] 377A at this time and therefore do not have the standing to pursue their constitutional challenges to that provision.”

The New York Times quoted Clement Tan, spokesperson for Pink Dot SG, as saying: “Today’s ruling is frustrating for those who were hoping for some real change. Despite acknowledging that gay men should be able to live freely in Singapore, without harassment or interference, the court still hesitated to strike it down. It now falls on Parliament to deal the final blow to Section 377A.”

One of the three plaintiffs, Mr Ong said that “this antiquated law undermines the principle of equality in our modern and diverse society”.

He added: “We may be safe from prosecution today but we may not be safe 10 years, or two years from now, or even next month.”

Jean Chong, a co-founder of Sayoni, an LGBT+ rights organisation in Singapore, told the Guardian before the judgement: “Singapore is considered a developed country, but we are really backwards when it comes to LGBT+ rights.”

The International Lesbian, Gay, Bisexual, Trans and Intersex Association — an organisation that monitors the laws around homosexuality around the world — says in Brunei, Iran, Mauritania, Saudi Arabia, Yemen and in the northern states in Nigeria, the death penalty is the legally prescribed punishment for same-sex sexual acts.

Out of the 53 former colonies of the British Empire, 36 still criminalise homosexuality.

This includes rules from the Media Development Authority in Singapore that prohibit all positive depictions of LGBT+ lives on television or radio.