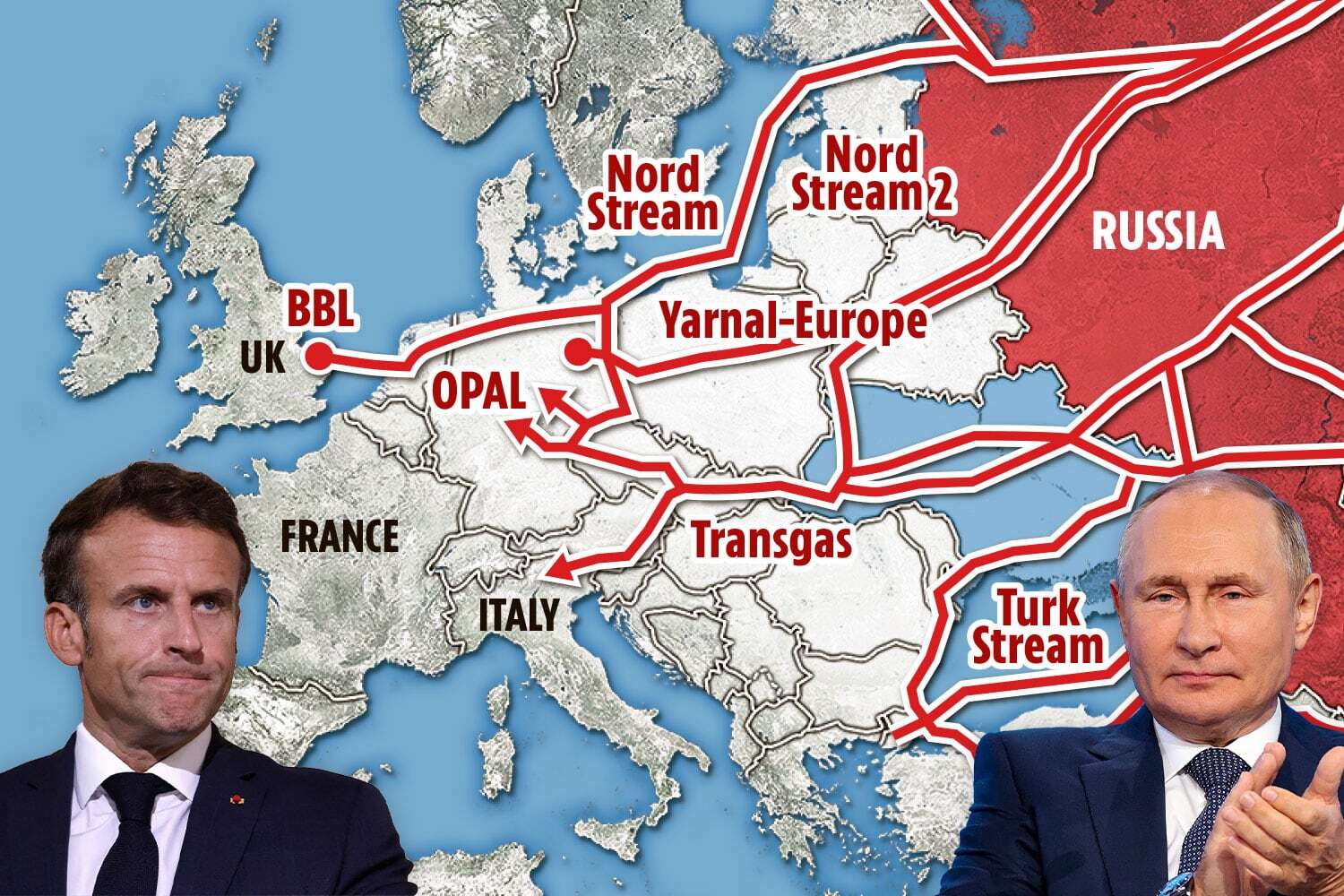 FRANCE is facing a horrifying winter as citizens may be forced to go without electricity for TWO HOURS a day in a worst-case scenario.

National grid operator RTE has outlined the grim situation as the continent faces an energy crisis with skyrocketing prices and dwindling supplies.

Russia has cut off its natural gas exports to Europe as it becomes more and more isolated thanks to Vladimir Putin’s vile war in Ukraine.

And fears are looming of a bleak winter for everyone as the Russian tyrant seeks to damage the resolve of the West.

Thousands of people die of the cold every year – and it’s feared the energy crisis is going to make things even worse.

Putin has been accused of putting a squeeze on Europe in revenge for its support for Ukraine and sanctions on the regime.

RTE laid out what the firm believes to be an absolute worst-case scenario for France – which would see rolling blackouts for homes.

Thomas Veyrenc, executive director of RTE, said: “We are in an energy crisis with three main parameters.”

The energy boss explained the continent is facing a perfect storm of issues that could lead to the “improbable but anticipated” scenario.

He said the first issue is the gas crisis – which was being felt across Europe even before the war in Ukraine but has been made worse but Vlad.

The second problem is a lack of nuclear power – with France’s reactors in particular operating at “half power”.

And then he warned the hot summer’s droughts have also lead to issues in production at hydroelectric power stations.

With all these problems combined with a particularly harsh winter, that is when you could see blackouts.

The basic scenario will see no issues with supply – but a colder winter could see businesses asked to close and factories cease production for one day of the week.

And the most extreme scenario could see power cuts of up to two hours in the evenings or early mornings in France.

France is rolling out an app called Ecowatt to alert people of the level of strain on the country’s grid.

Colour-coded with a red, amber, and green traffic light system – it will warn citizens of power cuts and alert them to high energy usage.

It will also urge citizens to take energy-saving measures, such as turning down their heating.

France has already pumped billions of euros to attempt to solve the energy crisis – imposing 4 per cent caps on price rises and forcing state-run firm EDF to sell electricity below market rates.

And RTE believes France is actually better positioned to ride out the energy crisis than many of its neighbours thanks to these measures and its nuclear reactors.

The European nation has the most plants in the world – 56 – outside of the US, but many of them are currently shutodwn – blighted by maintenance problems.

Russia has been accused of deliberately burning off natural gas at an astonishing scale – as much as £8.7million daily according to satellite pictures.

Gas prices were already high before the Ukraine war as demand soared after the lifting of Covid restrictions.

But prices skyrocketed after the invasion as Russia is one of the world’s biggest producers.

Only a tiny fraction of Britain’s gas comes directly from Russia.

But the UK relies more on gas for generating electricity than European neighbours because it has less nuclear and renewable energy.

Even the abundant North Sea gas is sold to the UK based on international market prices.

Domestic gas and electricity bills will soar to an average £3,549 from October 1

The eye-watering 80 per cent rise will hit 24million households.

But new Prime Minister Liz Truss is expected to a announce a wide ranging energy plan next Friday to help Brits.

Energy bills have rocketed 35 times faster than wages, fuelling inflation and the cost of living crisis.

Economists say most of the painful price increases are due to the war in Ukraine and Putin holding the West to ransom.