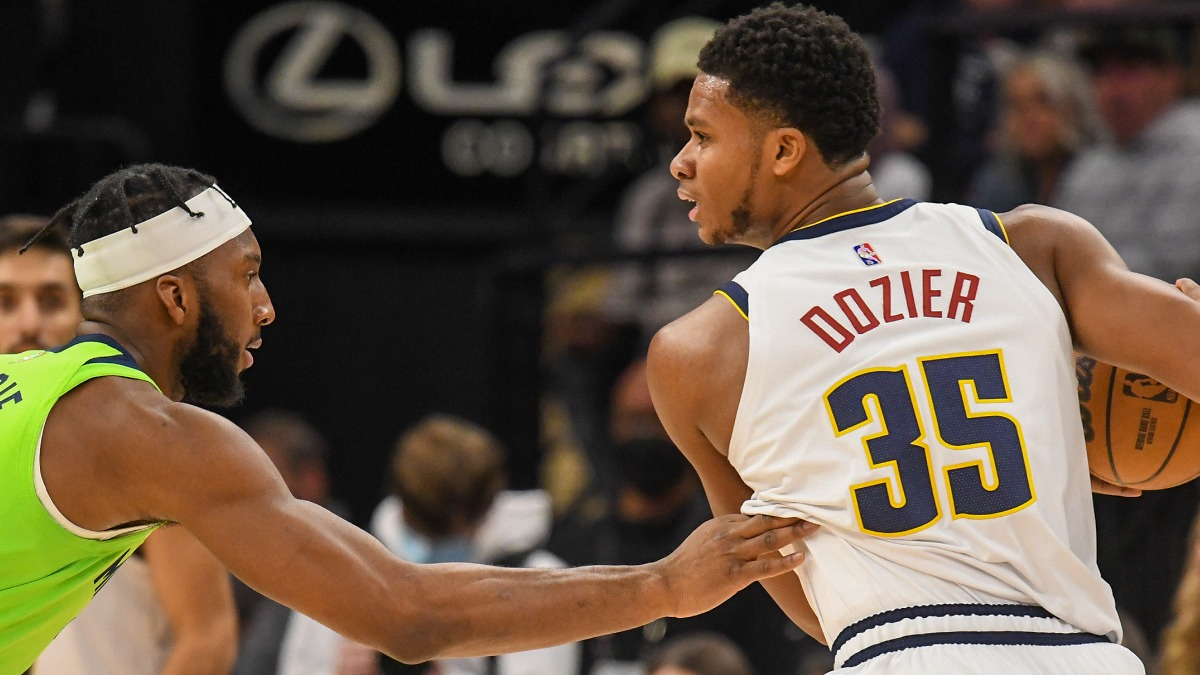 P.J. Dozier, who made a brief six-game pit stop with the Celtics in 2018, reportedly agreed to a contract with the Minnesota Timberwolves, according to ESPN’s Adrian Wojnarowski.

Dozier, who spent the last three seasons with the Denver Nuggets after his Boston tenure, suffered a torn ACL during December of last season — the follow-up to the strongest campaign of his five-year career in 2020. Last season, which lasted just 18 games total, the 25-year-old averaged 5.4 points on 36.4% shooting from the field, 31.3% from three, and 76.9% from the line in 18.9 minutes per game.

Dozier, alongside former Celtic of zero games played Bol Bol, were soon dealt to the Orlando Magic in exchange for a future second-round draft selection. The trade served as a cost-saving exchange for the Celtics back in February.