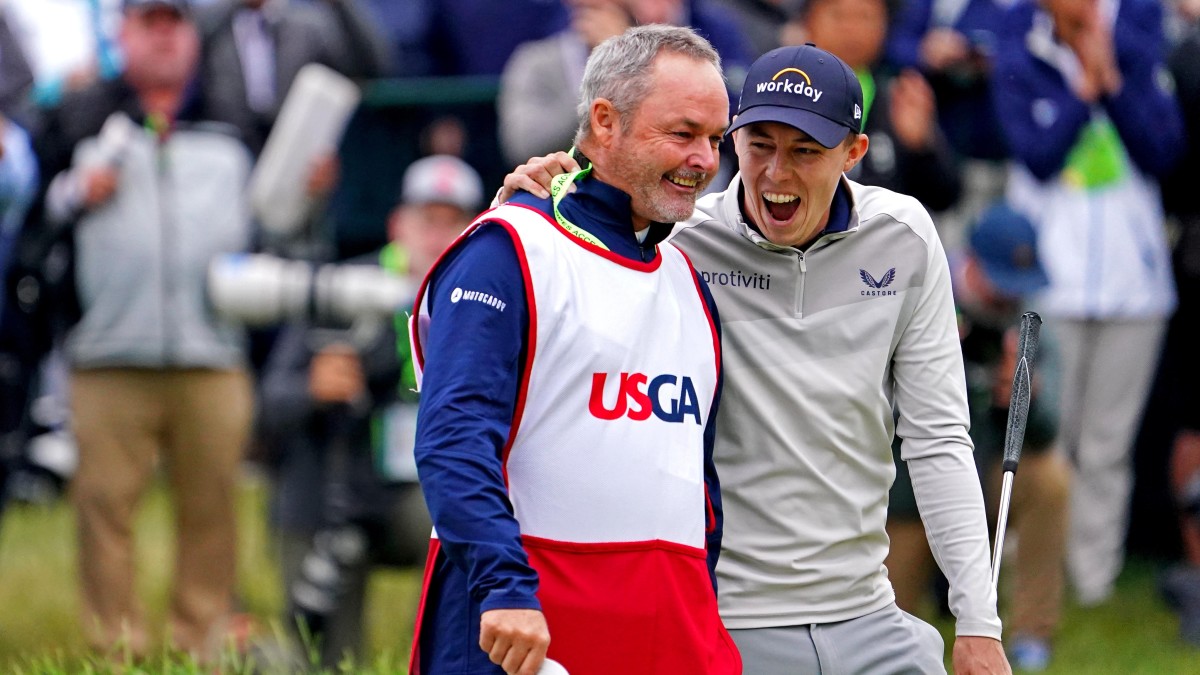 For over three decades, Billy Foster has carried the bag at plenty of major tournaments, yet never for a winner. That is, until Sunday.

Matt Fitzpatrick held off a late push by Will Zalatoris and Scottie Scheffler to capture his first career major, finishing the U.S. Open at 6-under par. The win netted him a record $3.15 million payout and his first-ever win on the PGA Tour. It also delivered a long-awaited victory for Foster, who commemorated the moment by giving a kiss to the flag on the 18th green.

Fitzpatrick and Foster shared a long embrace after Zalatoris missed a birdie putt that would have sent the pair into a playoff for the championship.

Foster—who has caddied for the likes of Seve Ballesteros, Sergio Garcia, Darren Clarke, Thomas Bjorn and Lee Westwood—has been with Fitzpatrick for four years. The two came close in the PGA Championship last month at Southern Hills, with Fitzpatrick ultimately finishing in a tie for fifth and two shots off the lead.

Entering the pivotal final round this weekend, Foster stressed the importance for Fitzpatrick to be able to put his mistakes behind him and not get discouraged after bad shots.