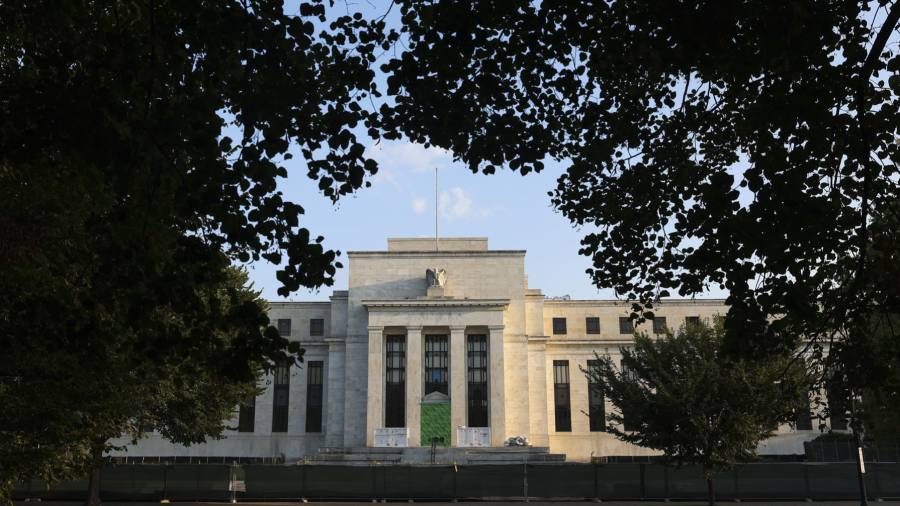 The Federal Reserve raised its benchmark interest rate by 0.75 percentage points for the third time in a row and signalled its intention to keep monetary policy tight as it tries to hit the brakes on the overheating US economy.

The Federal Open Market Committee lifted the federal funds rate to a new target range of 3 per cent to 3.25 per cent after its two-day policy meeting, advancing its most aggressive monetary tightening campaign since the early 1980s.

New projections from central bank policymakers showed the benchmark rate rising to 4.4 per cent by the end of this year before peaking at 4.6 per cent next year.

In a press conference following the rate rise, Jay Powell, Fed chair, said the bank would probably keep interest rates at a level where they restrain economic growth “for some time” and warned doing so would hurt growth and result in higher unemployment.

Asked about the damage that rate rises would inflict on the economy, he said: “No one knows whether this process will lead to a recession.”

“We will keep at it until we’re confident the job is done,” Powell added, echoing language he used at the Jackson Hole symposium of central bankers last month, when he delivered his most hawkish message since he was appointed to the top job at the Fed.

The committee, which said the rate rise was unanimously supported by policymakers, added it “anticipates that ongoing increases in the target range will be appropriate”.

The US central bank also published an updated “dot plot” compiling Fed officials’ individual interest rate projections until the end of 2025, which reinforced their commitment to a “higher for longer” approach. The projections signalled further large rate rises this year and no cuts before 2024.

The median estimate for the fed funds rate by the end of the year jumped to 4.4 per cent, suggesting another 0.75 percentage point rate rise in 2022 before the Fed starts to scale back. Officials also forecast the main policy rate will peak at 4.6 per cent in 2023 before declining to 3.9 per cent in 2024. It is projected to drop further to 2.9 per cent in 2025.

Those projections were significantly more hawkish than in June, the last time the dot plot was updated. At the time, officials predicted the fed funds rate would reach just 3.4 per cent by the end of the year and 3.8 per cent in 2023, before declining in 2024.

US financial markets sunk after Powell spoke, with stocks giving up an earlier advance. The benchmark S&P 500 slid 1.4 per cent, on track for its second consecutive day of losses, while the tech-heavy Nasdaq Composite declined 1.5 per cent.

In volatile trading, the two-year Treasury yield, which moves with interest rate expectations, hovered near a 15-year high of 4.1 per cent hit immediately after the Fed released its statement.

Bryan Whalen, co-chief investment officer at TCW, said the Fed had “reiterated” its “hawkish message” and “completely eliminat[ed] any hope for a more dovish message”.

“What jumps out are the dots for 2023 and the difference between the dots and the market,” he said. “The Fed is going to get to 4.6 per cent through 2023, while the market has a 0.5 percentage point cut by the end of the year.”

Officials on Wednesday more directly acknowledged the economic costs associated with their efforts to tackle inflation, pencilling in higher unemployment and lower growth.

Over the same period, annual growth in gross domestic product is set to slow dramatically to 0.2 per cent by the end of the year before registering a 1.2 per cent pace in 2023 as “core” inflation drops from the 4.5 per cent level forecasted for year-end to 3.1 per cent.

As of July, the Fed’s preferred gauge, the core personal consumption expenditures price index, stood at 4.6 per cent.

Growth is set to stabilise just shy of 2 per cent 2024 and 2025, when officials finally expect core inflation to move closer to the Fed’s 2 per cent target range.

In June, policymakers projected that as inflation falls closer to the Fed’s target of 2 per cent, growth would slow to only 1.7 per cent. Most economists now expect the US economy to tip into a recession next year.

The September meeting marked an important juncture for the Fed, which faced questions this summer over its resolve to restore price stability after Powell suggested the central bank was starting to worry about overtightening.