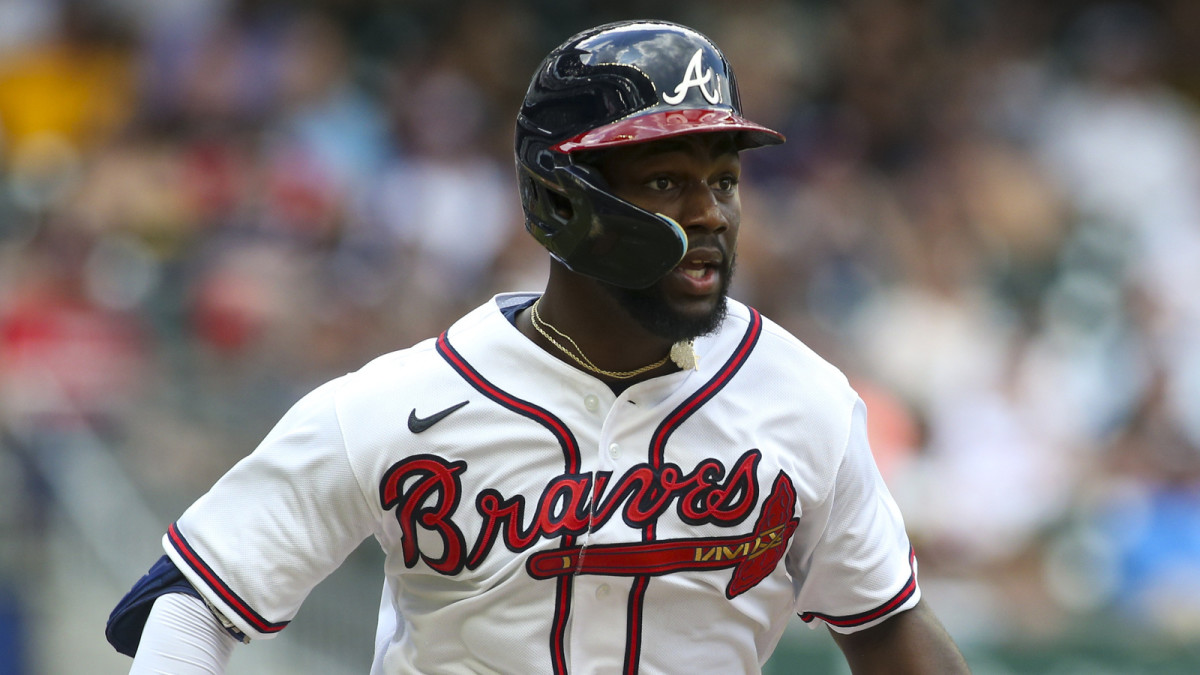 The Padres have been hot, and the Cubs have not. The Braves are on a 14-game win streak. The Dodgers have lost their lead in the NL West. The Yankees have a mind-boggling .746 win percentage.

Just like we all drew it up, right? Baseball continues to surprise and delight us.

As fantasy baseball managers, it’s important to keep your squads fresh. There were big injuries this week with Ozzie Albies and Liam Hendriks, and young talent continues to see opportunity. Let’s hit the waiver wire and try to find some value. Be sure to also check out last week’s waiver wire article.

Remember 2020 when Luke Voit led the league with 20 home runs in only 56 games? Well, that’s the Luke Voit seems to be showing some signs of life again for the Friars. Voit has three homers and 11 RBI in just the last week. He’s still striking out way too often, but if you’re in a deeper league, you can’t find a much better power option on the wire. The Padres suddenly find themselves on top of the NL West- ahead of the Dodgers – and they’ve scored an average of 6.5 runs per game in June. Five of Voit’s eight home runs have also come in June.

Nathaniel Lowe is hitting .276 with eight homers, and 25 runs this season. For June, he’s hitting .322, and, just like with Voit, five of Lowe’s eight homers have come in June.

If you’re looking for a replacement for Ozzie Albies, Garcia could be your guy. The young infielder is hitting .328 with two homers in 52 at-bats since being called up. He can hit the ball hard with a max exit velocity in the top 2% of the league, and he’ll get plenty of playing time.

Burger left Monday’s game early and was diagnosed with a hand contusion. He’s day-to-day for now but is expected to return this weekend vs. the Astros. Burger is crushing the ball with a max exit velocity in the top 4% of the league and seems to have earned the DH spot for the Sox. He’s hitting .359 with four homers in June. Burger has a 1.263 OPS vs. southpaws, so I expect he will be back Friday night vs. Framber Valdez.

Kiriloff’s wrist issues look to be behind him as he is hitting .359 with ten homers across 35 games of Triple-A ball. It seems it can only be a matter of time before the Twins call him back up. Now is the time to stash the talented young outfielder.

In just 70 plate appearances, Harris is batting .328 with two homers and twelve runs scored and two stolen bases—all while batting ninth. It’s only been three weeks for Harris in the major leagues, but that power/speed upside looks tantalizing in a winning Braves lineup.

If you’re looking for starting pitching, this is probably the last chance you’ll have to pick up Strider after he struck out 11 Nationals in his start on Wednesday. After a rough couple of starts, Strider has settled in and shows us what the hype was all about. His fastball clocks in at 100 mph, and he’s also got a slider that has induced a 51.2% whiff rate. Of course, it also helps that he plays for a team on a 14-game winning streak.

With news that Liam Hendriks has hit the IL at least for the next few weeks, Kendall Graveman looks to be next in line. His most recent outing was a bit shaky- he allowed two runs- but he still recorded the W. We’ve seen Graveman succeed for brief periods in the closer role before, and I prefer him to Joe Kelly.

Now that the Phillies are winning games again, it’s time to get serious about the closer role. That means Corey Knebel is out, and Seranthony Dominguez is in. Brad Hand is also a candidate, but Dominguez has a 34.4% K rate and a lower walk rate.