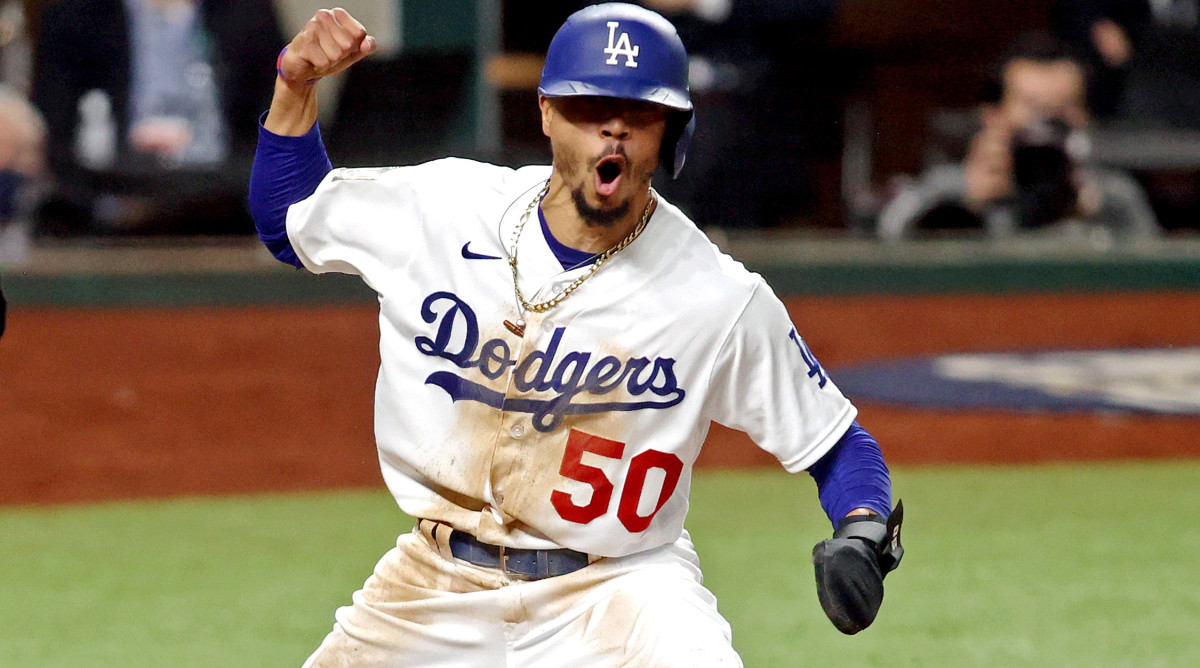 There are many different formats and league sizes in the fantasy baseball market, especially in auctions. I’ve played in American League and National League formats with 12 teams plus 15-team mixed leagues. Each league could also have keepers (players held for more than one year) or trading, which changes all players’ value during the auction. Over the last 19 seasons, I’ve played in the high-stakes fantasy market where there is no trading, which puts pressure on a fantasy manager to develop a winning plan before the auction.

When doing an auction league with no trading, a fantasy manager has a small margin for error. No other team is going to be knocking on your door looking to take your third closer off your hands via a trade. If your roster is out of balance (strong in some categories and weak in others), you can’t trade hitting for pitching or even speed for saves. You can win an auction many different ways, but many managers can lose the battle due to a questionable game plan or even lack of foresight. Every year the player pool will change slightly. Your job as a manager is to evaluate the inventory and develop a strategy you can execute at the draft table. If you come away with enough pieces to the puzzle, you can manage your way to a championship.

Whatever game plan you decide to use, you must be ready to adjust if you don’t get your key players. A fantasy manager can roster any player they want in an auction, but it comes with a price.

In most baseball auction leagues, each team starts with $260 to buy 14 hitters and nine pitchers. The goal is to accumulate the most league points in five hitting categories(batting average, runs, home runs, RBI, and steals) and five pitching categories (wins, ERA, WHIP, strikeouts, and saves).

In a 12-team league, a first-place finish in a category would be worth 12 points, second place is 11 points, and so on until reaching 12th place (one point). The winner of each league is determined by adding up all 10 categories.

A common mistake fantasy managers make is hoping the players they want don’t get called out early. It sounds good in principle, but the problem is all the other good players are coming off the board while you are sitting back holding your money. If I wait-and-miss on your targeted players, I will have fewer options left to build my team.

It is essential to get my key players called out as quickly as possible. For example, if I want a player in the auction and believe he is the key to building my foundation, I would like to call him as soon as possible. By doing this, I find out how much he will cost (higher or lower than your predicted price point) or if I need to start looking for someone else to develop my team around. The quicker I know where I stand on critical players, the better chance I have of executing my plan or adjusting on the fly.

For example, I wanted to build my team around Ronald Acuna, and I believed he had a chance to hit over .300 with 30+ home runs and 30+ stolen bases with a target value of $43. If I miss on him, I will need to find another player with a step down in overall expectations. In essence, I should have a secondary plan to shift to another player with a similar skill set with less upside, but I would then save some of my spending budget.

In this example, my next tier for power and speed could be Mookie Betts. If Acuna gets called out early and sells for more than I’m willing to pay, Betts would be attainable if his salary falls within my expected budget and his targeted salary.

If Betts gets called out first and someone buys him for $35 while I sit on Acuna as my first key player, I will have a further drop-off in the player pool if Acuna is purchased by another manager above my budgeted salary target. The situation worsens if many top players get called up before Acuna, forcing me to shove all-in, no matter the cost, or revamp my foundation team build on the fly. This freelancing style could lead to an imbalance in roster construction in a non-trading format where a trade can’t fix a shortfall in a category.

In this example, a detour off Acuna may push me to Juan Soto, bringing less upside in speed but a potentially high ceiling in batting average. This decision would then force me to find stolen bases in a different way while making sure not to give away his power edge.

If the drop-off from Acuna led me to Trea Turner, I would set my foundation in steals with 25-home run power and strength in batting average. However, my second targeted player may/should bring more home runs with a chance at hitting for average with a 100/100 type skill set.

Again, if Soto, Turner, and Betts get called out in the auction before Acuna, I would need to get more creative with less inventory to build my offense.

The other option is not missing your targeted core player or players by overpaying with the theory of making up the lost dollars later in the auction.

It is crucial to focus on my game plan early during the auction while not worrying about how the other teams spend their money. My goal is to build my foundation in hitting and pitching while keeping my foot on the gas if the players I like get called out early. I’m willing to spend $200 of my $260 on my key players.

This strategy then requires me to shut down my spending in the middle of the auction for a long time.

I see many fantasy managers get aggravated when one or more teams hold onto their money. They are concerned that those managers will overbid them on a key player they want later in the auction. If I invested $185 on 10 players and the other team spent $40 on two players, he is eight players behind me. He will think he has all the power in the world with the big stack, but the truth is someone will constantly be bidding against him. Each of the other managers will need players also. He will be competing with at least one manager most of the time for each player when he tries to fill his roster, which will force him to pay close to full price or a premium on some players even in the middle part of an auction.

When sitting at the draft table to do an auction, the best opportunity for players could be the first couple of players called out. Understanding each player’s possible value is essential while being ready to fire as soon as the auction starts. If I sit back and wait, I might miss a discounted player or a possible stud. I know a $33 player might not sound like a discount, but that same player might go for $38 if he was called out a couple of rounds later in the auction.

In my early example between Ronald Acuna and Mookie Betts, Betts can’t be dismissed if he’s called out first, and his salary falls below value. If the bidding is fading on Betts at $30, it may be wise to buy the built-in value for $31 with the understanding that there could be a fight at the top end for Acuna. On the other hand, if I pass on Betts, and Acuna goes for more than expected, I would have missed an edge if Betts regains his previous form.

Targeting the last top player on the board

Another common mistake is waiting for the best player left on the board. I see this happen a lot late in auctions. No one wants to call out a player because they want him as cheap as possible. Four or five managers sit back, just waiting for the right time to add this player to their team. When he’s called, most of their hearts are broken. This player usually costs the winning manager a few more dollars than expected.

I use this to my advantage at certain positions during the auction. For example, if I like two or three players about the same at a position, I will try to buy the first of these options called out. By doing this, you avoid overpaying for the best available player left later in the auction. Many times this happens to the last speed option or even a closer.

As I mentioned early, when the auction starts, I don’t care what money any other team has left until I get down to about $60. Each manager needs to spend at least $200 on the nucleus of their team. The other teams will catch up to me when they start filling roster spots.

When I get down to $60, I put the brakes on my spending and look for bargain players. Being disciplined increases my chances of getting the players I want late. If I shut it down totally when I get to $35-$40, I will have the leverage in the end game. I will need almost every manager to have less than $20 to hold an edge over them late in the auction.

To execute this type of aggressive style, a fantasy manager has to have the vision to see the outs at each position while also having a game plan to build the backend of your roster.

Winning an auction league comes with a healthy game plan followed by execution during the auction while also needing the targeted players to deliver their expected stats. Every manager in the auction will know the players and develop similar evaluations. When I try to implement my plan, there will be battles for critical players. I will win some and lose some. I hope to win the right ones. I would rather lose with a team I like than lose with players I didn’t want.

Remember, the more thought invested in a game plan with variations will help a fantasy manager make better decisions in the split seconds of bidding on players.

Get fantasy and betting analysis in your inbox by signing up for the Winners Club newsletter: SI.com/newsletters