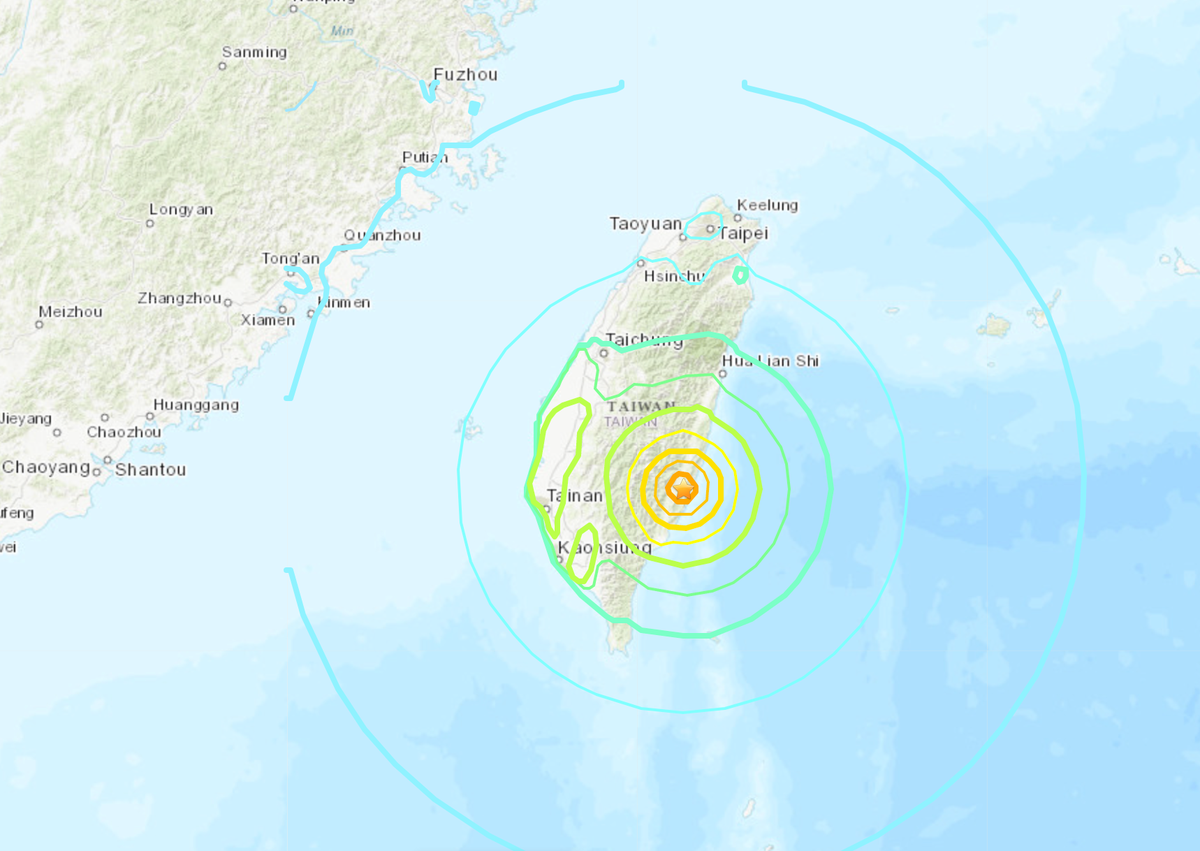 A tsunami warning has been issued by the US authorities after a magnitude 7.2 earthquake struck off the east coast of Taiwan, with initial reports of shaking felt in Taipei.

The tremors from the powerful quake could be felt across Taiwan, the country’s weather bureau said.

This was the second earthquake in less than 24 hours in Taiwan after a 6.4 magnitude tremor rocked the southeastern county of Taitung at around 9.41pm on Saturday.

On Sunday afternoon, the earthquake with a shallow depth of 10 km (6.21 miles) struck 50km north of the city of Taitung, which was already rattled by after-shocks from the previous night, Taiwanese authorities reported.

Sharing the first visuals of damage from the earthquake, Taiwanese broadcasters said a low-rise two-story residential building collapsed and at least one train carriage was de-railed at a station on the east coast.

It was unclear if there were any casualties.

Other videos shared on social media showed chandeliers and chairs moving violently at the time of the earthquake.

The Independent could not immediately verify the video.

Another video from the aftermath of the disaster showed a white cloud of smoke filling the street from the collapsed building. Wires lines and two-wheelers fell on the ground in the street as people panicked ran and screamed.

The Japan Meteorological Agency has also issued an alert for a tsunami as high as 1 metre (3 feet) which could threaten several southern Japanese islands.

Alerts have also been issued for the Miyakojima and Yaeyama regions of Okinawa Prefecture.

Officials have urged residents living near the coast coastline to stay away from these areas. These islands are about 2,000 km (1,200 miles) southwest of Tokyo.

The island nation’s weather agency projected that the earthquake was at 6.8 magnitude on the richter scale – still bigger than Saturday’s.