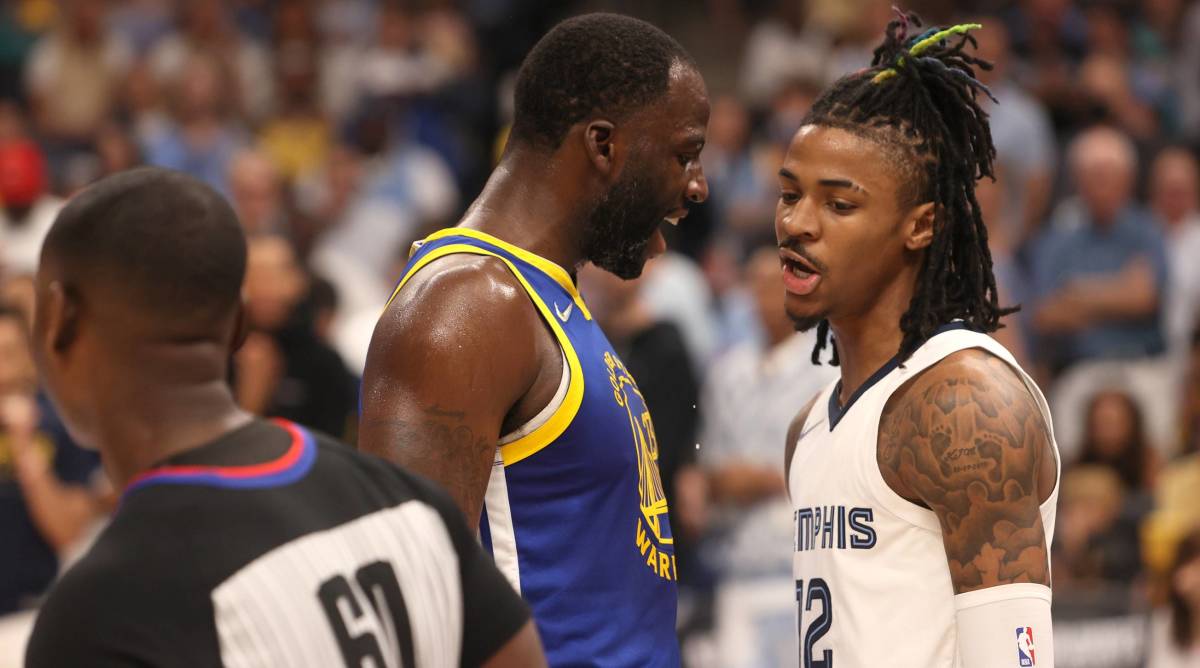 After winning the NBA Finals, Draymond Green has been doing a lot of trash talking. He first went after Celtics fans who spent the entire series trying to get in his head, and now, he’s going at it with Ja Morant.

This all started when Klay Thompson said he was motivated by a Jaren Jackson tweet from the regular season after Memphis beat Golden State. Jackson wrote “strength in numbers,” and Thompson said that rubbed him the wrong way.

Morant responded to Thompson’s comments simply by saying “got a lot of real estate,” indicating that he thought the Grizzlies were in the Warriors’ heads. Green didn’t like that, so he responded to Morant.

“We traded that real estate in Ja Morant the property value was higher in Boston,” Green tweeted.

The jawing didn’t stop there. When a fan suggested the Grizzlies and Warriors play on Christmas, Morant initially suggested it be in Memphis. However, Green said since the Warriors are the champions, they get to host. Morant seemed to agree.

“I’m coming to you then. Tell em book dat s—t I’m on yo block,” Morant responded.

Memphis and Golden State played in the second round of this year’s playoffs, which the Warriors won in six games. Morant suffered an injury in that series that ended his season, but Memphis came away from that series believing they would overtake Golden State soon.

“We’re young and they’re getting old,” Dillon Brooks said after Game 6. “They know that we are going to come every single year.”

The Warriors have collected rivalries over their four-championship run, but this bad blood between Memphis and Golden State may be their most heated rivalry entering next year.