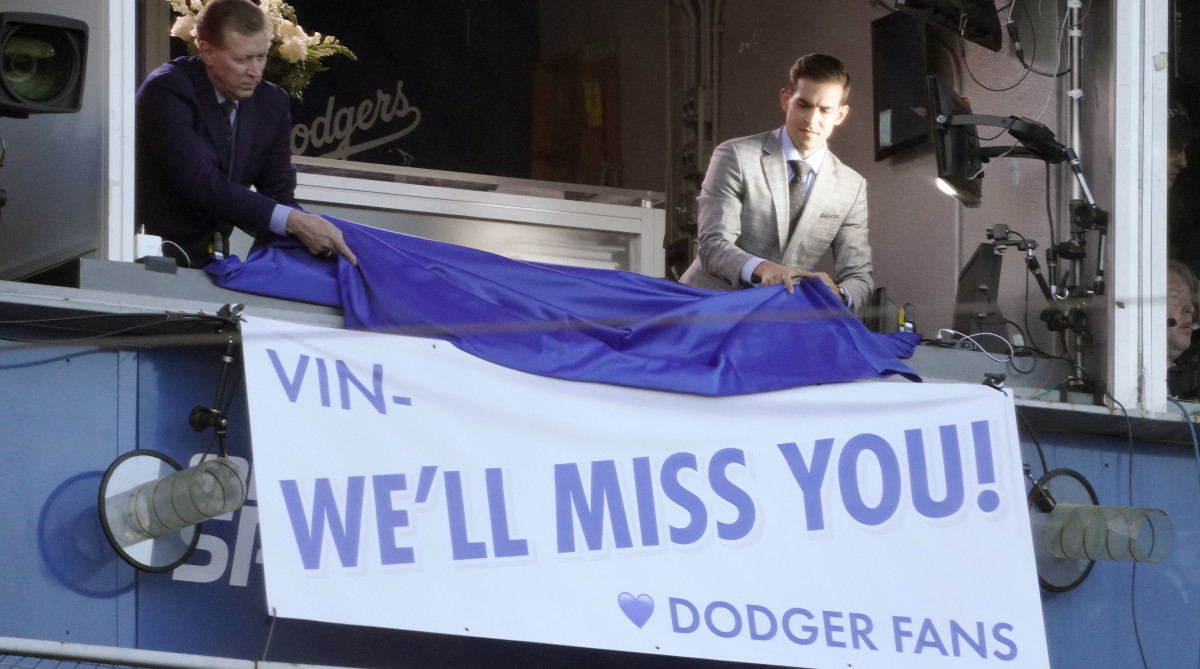 Before their matchup at Dodger Stadium against the Padres on Friday, the Dodgers honored legendary announcer Vin Scully, who died on Wednesday at the age of 94.

The team also put a circular blue patch on the mound with “Vin” written on it, and Dodgers broadcasters Joe Davis and Orel Hershiser uncovered a sign below the broadcast booth that read “Vin – We’ll miss you!”

Finally, the team held a moment of silence, and Dodgers manager Dave Roberts said a few words, before the game began.

Scully spent 67 years broadcasting Dodgers games, first on the radio then on television. He was known for broadcasting games without a partner and widely regarded as one of, if not the best broadcaster in baseball history.

In 2016, Scully’s final season with the team, the city of Los Angeles and members of the baseball community got to say a proper goodbye to Scully before he retired. On this night, the Dodgers said one final goodbye to their beloved broadcaster.