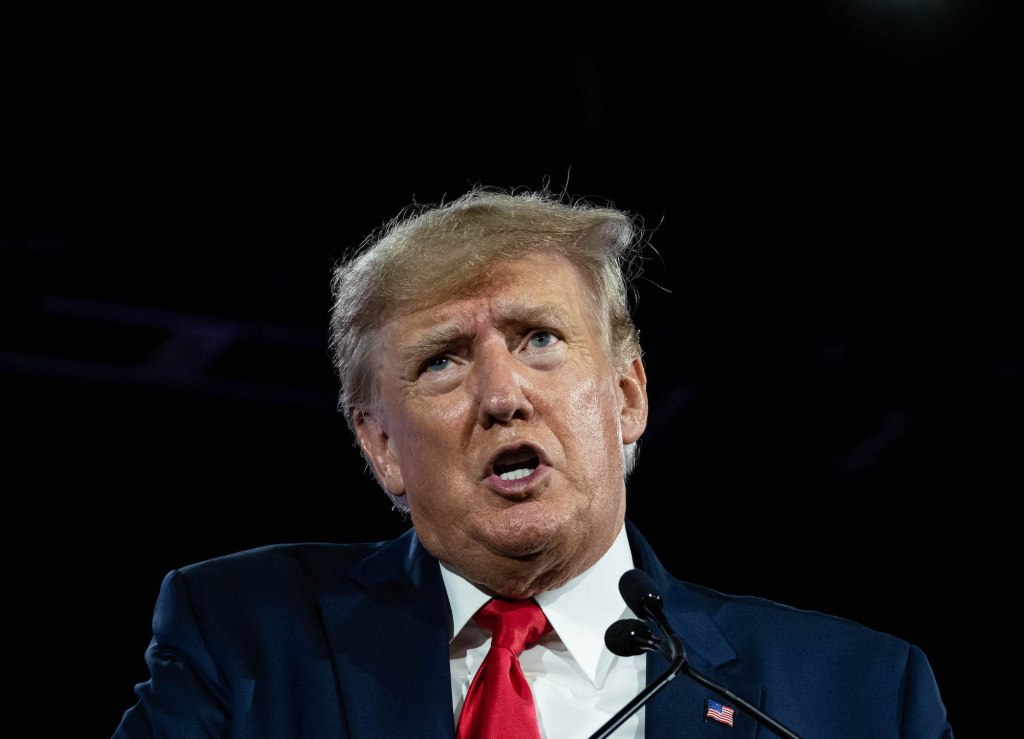 In recent days, Donald Trump has privately voiced his anger over Florida Republican Gov. Ron DeSantis sending planeloads of migrants to Martha’s Vineyard. Trump’s displeasure, however, has nothing to do with moral revulsions at the governor using human beings as unsuspecting pawns for a political attack. Instead, Trump is telling allies and confidants he’s outraged that DeSantis seems to think he’s allowed to steal the ex-president’s mantle as both media star, and as undocumented-immigrant-basher-in-chief.

Since the Florida Republican — possibly under false pretenses — flew migrants from the Texas-Mexico border to Massachusetts, Trump has pointedly complained to some of his closest associates that DeSantis is attempting to take the national news cycle away from him, two sources with knowledge of the matter tell Rolling Stone.

Trump has fumed over all the praise DeSantis’ action has been receiving in influential conservative circles lately — such as on right-wing media like Fox News — and has privately accused DeSantis of doing this largely to generate a 2024 polling boost for himself among GOP voters. (Earlier this month, Trump and his political operation blasted out a brief statement claiming, “Mar-a-Lago raid gave Trump a 10-point boost over DeSantis with Republican primary voters, poll shows.”)

The twice-impeached former president, the sources say, has also vented that DeSantis’ latest stunt was yet another one of “my idea[s]” that the governor allegedly stole from Trump.

Neither Trump nor DeSantis have officially declared a 2024 presidential run, though both have laid the groundwork for a national campaign. Trump remains the leader of the Republican Party and its most popular national figure. But DeSantis has a similar MAGA brand and in recent months has made gains in the polls — and among the conservative elite.

Conspicuously, in the days since the migrants arrived on Martha’s Vineyard, Trump has publicly commented on it only sparingly. He has also declined to profusely laud DeSantis in the ways that his fellow Republican icons have repeatedly done so. The former president is famous for quickly and verbosely responding to any number of headlines or controversies — political, legal, pop-cultural, and so on — thus making his general omissions regarding DeSantis and the stunt even more glaring.

And Trump’s apparent sense of right-flank vulnerability on immigration was evident on his social media platform, Truth Social. There, the former president spent his weekend intermittently teasing his alleged plans to run again in 2024 while hailing his own record of cruelty to asylum seekers.

In a manic posting spree, Trump shared a series of articles in quick succession teasing his 2024 plans (“Why Trump Will Run Again” and “Trump is Running”) while sharing pieces that credit himself following the Martha’s Vineyard stunt (“​​Libs dumped with illegal immigrants discover the merits of Trump’s ‘safe third country’ deals”) and a warning to DeSantis to back off (“Running against Trump is more of a risk for DeSantis than peaking too soon’).

A Trump spokesperson did not provide a comment on this story.

Unnamed officials went to a shelter in San Antonio and reportedly deceived roughly 50 Venezuelan and Colombian migrants into boarding a chartered flight to Martha’s Vineyard, possibly with misinformation about available jobs and housing. DeSantis directed the stunt, involving migrants who’d never set foot in Florida. Other Republican politicians have also been engaging in this tactic recently, including Texas Gov. Greg Abbott, who has been busing migrants to Democratic enclaves to the delight of the anti-immigration right.

Amid questions on the legality and morality of what DeSantis did, the fracas doubles as a proxy fight between the two most prominent figures in modern American conservatism. It’s a political conflict likely to produce more cruel, ostentatious, and draconian policy proposals and actions, as leaders such as DeSantis and Trump compete to out-MAGA one another.

“With about 10 million job openings, these Venezuelan asylum seekers will soon have jobs and [be] supporting their families. Too bad they had to be the pawns in an old fashioned game of ‘Own the Libs,’” says Alex Nowrasteh, an immigration policy analyst working at the libertarian Cato Institute in Washington, DC. “It’s important to note that this stunt is just an escalation of 2016. Trump changed the politics radically, DeSantis is just trying the same old Trunpian playbook. There doesn’t appear to be a real political entrepreneur this cycle like there was in 2016.”

Nowrasteh adds, “I’ve been observing the escalating chaos on the border for the last 2 years. The situation is only made more chaotic by governors stepping [in] to fly migrants to parts of the country where they don’t want to go. Venezuelan migrants are integrating well. Their largest community is in Florida and many of the migrants flown to Martha’s Vineyard will eventually end up there.”