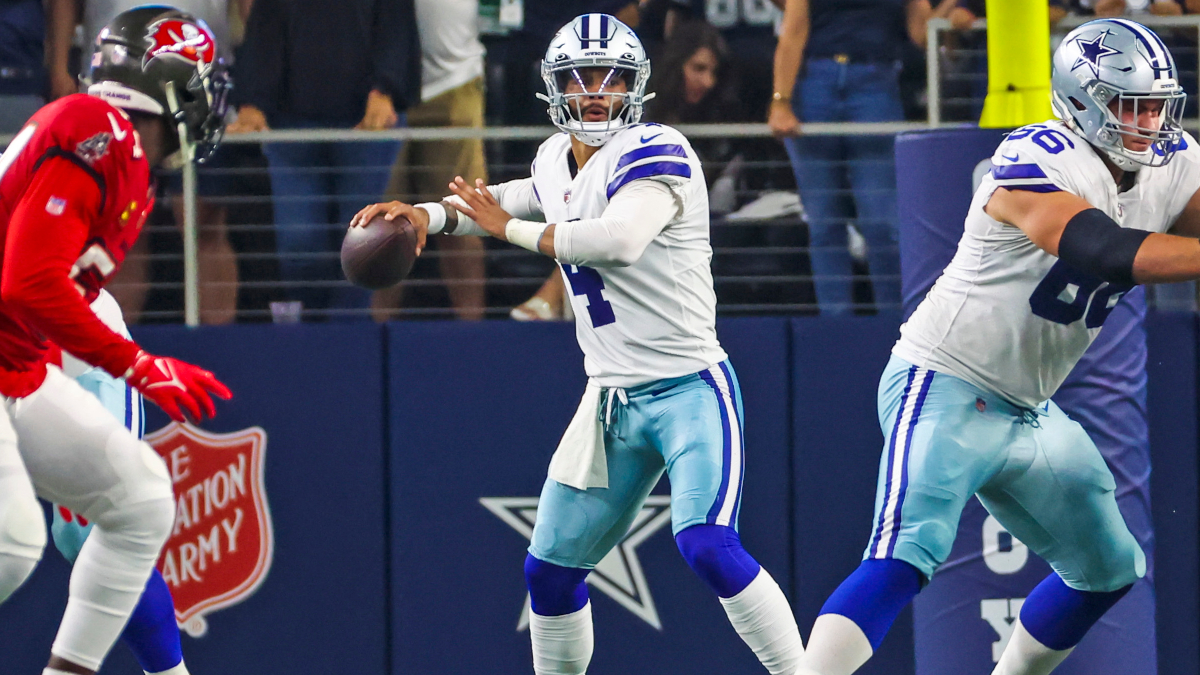 Prescott will need surgery for an injury in the joint above his right thumb, according to Jones, per ESPN’s Ed Werder. The surgery is expected to keep the 29-year old out of action for “several weeks.”

In addition to the news on Prescott, Jones shared that Rush would be the teams new starting quarterback and offensive lineman Connor McGovern suffered an ankle sprain that will keep him out for around 4-6 weeks.

Original Story
Opening night of the 2022-23 NFL season was not kind to the Dallas Cowboys.

Not only did the Cowboys have mudholes stomped in them by the Tampa Bay Buccaneers, but Dallas lost its star quarterback Dak Prescott — who was knocked out of the game with an injury to his right hand. Injury added to an insulting 19-3 loss.