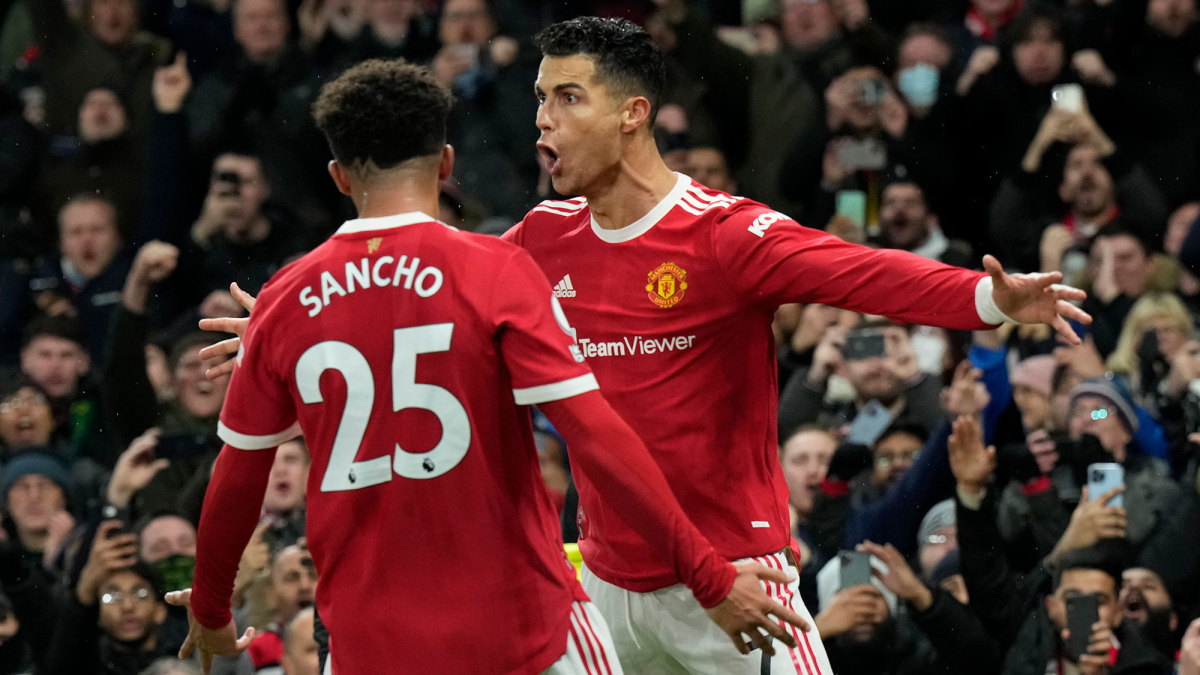 Cristiano Ronaldo has hit another milestone, and he’s helped Manchester United get back in the win column in the process.

Ronaldo scored career goal No. 800 for club and country before No. 801 secured Thursday’s 3–2 victory over Arsenal at Old Trafford, where new interim manager Ralf Rangnick was in attendance but not yet in the dugout.

Ronaldo, who finished sixth in the Ballon d’Or voting earlier this week, proved his value to Man United by turning in Marcus Rashford’s 52nd-minute cross to give United a 2–1 lead at the time. Martin Ødegaard answered two minutes later, though, and it took Ronaldo’s 70th-minute penalty kick to secure all three points.

Of his goals, 450 have come for Real Madrid, 130 with Manchester United, 101 with Juventus and five with Sporting CP, while he holds the international all-time men’s scoring record with his 115 goals for Portugal. Among the other records he holds is the all-time Champions League scoring record, with his 140 leading Lionel Messi by 17. His dramatic, late goals in the group stage this season are responsible for Man United already having secured passage into the round of 16 with a match to spare.

It’ll finish up Champions League group play under Rangnick, who will take charge with immediate effect after caretaker manager Michael Carrick stepped down from the position and left the club following Thursday’s victory.

The result snapped a three-game winless stretch in league play for United, which shot up to seventh in the table, three points behind fourth-place West Ham. The Red Devils are still 12 points off the pace set by first-place Chelsea (33) through 14 games.