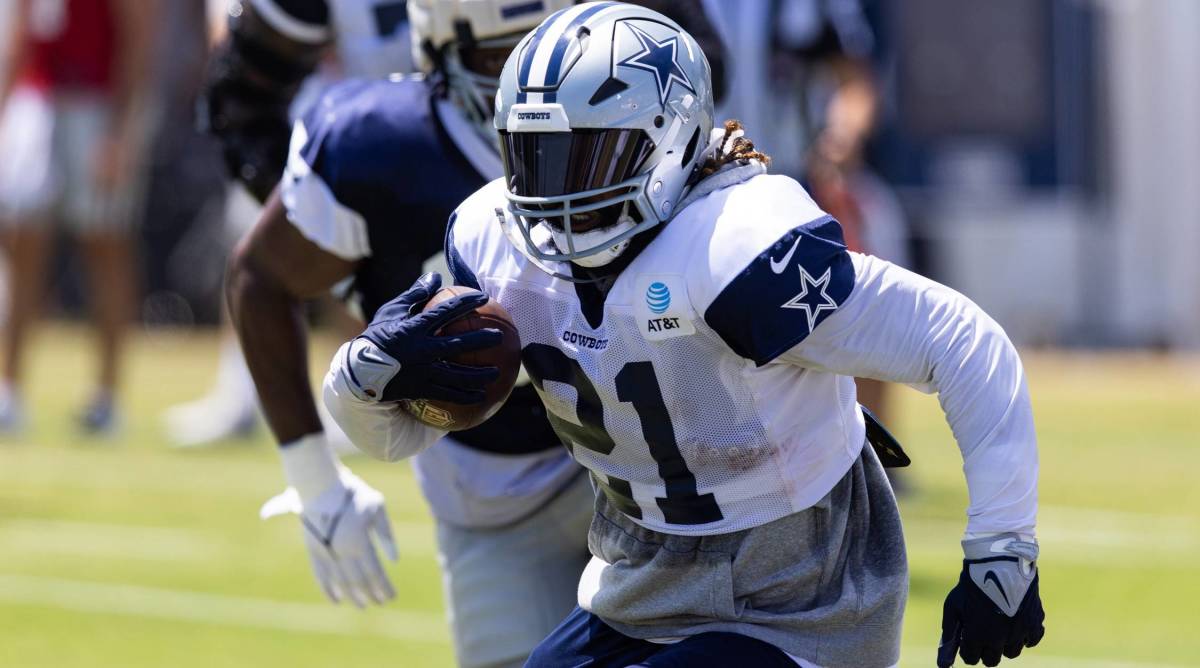 More players have decided to not play preseason games in recent years, and you can now add Ezekiel Elliott to that list. The Cowboys running back said he doesn’t expect to play in a game until the season begins in September.

“I’ve been playing football [for] 20 years,” Elliott said, via The Athletic’s Jon Machota. “This is my 7th year [in the NFL]. I’ve seen a lot of football. I don’t think I need a preseason game, especially with the joint practices [with the Broncos and Chargers].”

Elliott has been a workhorse throughout his career, playing in at least 15 games in five of his six NFL seasons. Additionally, he has had over 200 rushing attempts in every season, including three 300-attempt years and twice leading the league.

Jerry Jones already said Elliott has to anchor the running game in 2022 despite Tony Pollard’s emergence over the last few years.

“He has to be the focal point,” Jones said. “There is room for Pollard while Zeke is in there.”

Therefore, both Elliott and the team want to keep the veteran running back as fresh as can be entering the 2022 campaign.