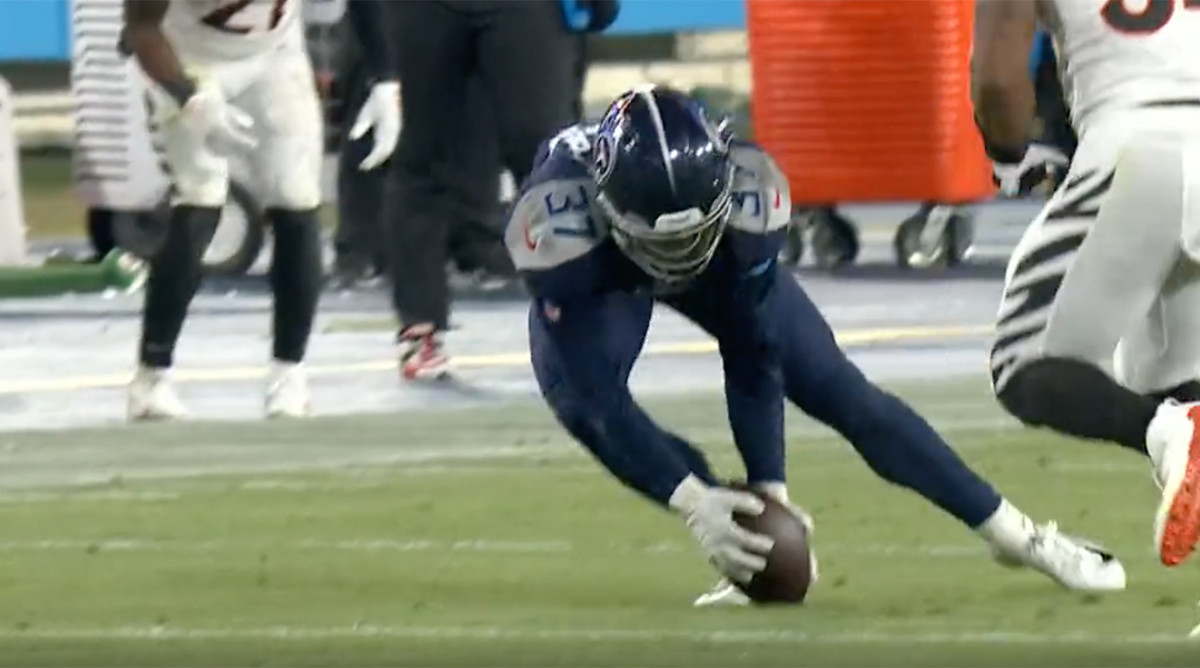 In the third quarter of Saturday’s playoff game between the Titans and Bengals, one of the most controversial plays of this postseason went Tennessee’s way.

Cincinnati quarterback Joe Burrow threw a short pass to running back La’Mical Perine, but the ball bounced off his hands. Like everyone else, Perine assumed the ball would just fall to the ground. But somehow, Titans safety Amani Hooker was able to dive for the ball and came up with the interception before it hit the ground. Or so it appeared.

After replay, the ball can be seen scraping away at the turf simultaneously as Hooker gained possession. The officials decided to keep the call on the field and it was ruled an interception after much deliberation.

Tennessee made the best with its new-found field position and scored a touchdown almost immediately to tie the game at 16. Wide receiver A.J. Brown came up with a spectacular 33-yard catch for the score.

For more Titans news, head over to All Titans.