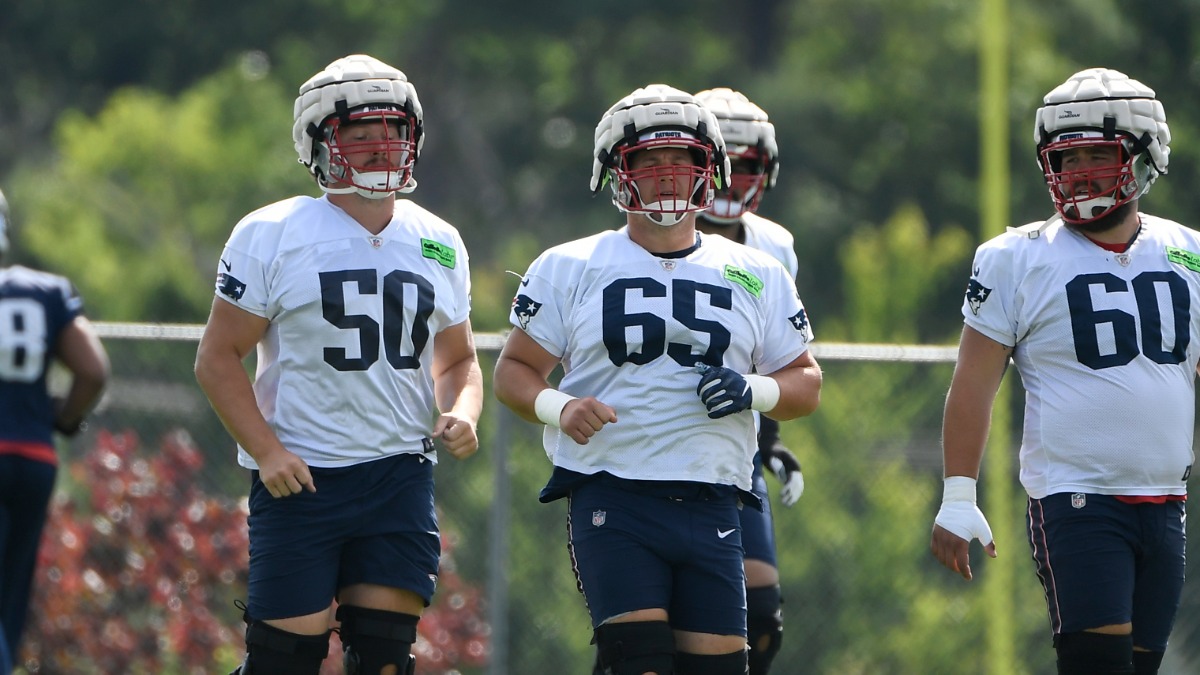 FOXBORO, Mass. — Cole Strange put together a solid showing during the eighth day of training camp Thursday, and the Patriots first-round pick jokingly attributed it to New England holding its rookie ritual before the session got going.

The Patriots kicked off practice with their rookie slip-n-slide after a member of the team’s staff hosed down one patch of grass on the practice fields behind Gillette Stadium. It seemed as if that staffer was there for some 10 or so minutes.

“The slip-n-slide? Pretty good,” Strange said after the Patriots completed practice. “I don’t know, I feel like I practiced better today. So maybe we should do it more often? I don’t know if anybody else would be a fan of that, though.

“Slater had the hose and was just spraying us in the face,” Strange said. “They were already spraying it for like 10 minutes before practice. And so it’s like a fumble recovery thing and we’re like supposed to go and grab it. But the thing is, as soon as Matt threw it on the ground, Slater would like aim it at the ball. So you would dive and miss and he’d get an extra five seconds of just spraying your whole body. I had fun.

“It was fun. It took me back to my younger days, playing back in Miami when it was raining and all that. It was fun,” Thornton said, adding that he did, in fact, recover one of the slippery footballs. “It felt good because it’s hot out here right now. So getting a little bit wet, that felt good.”

The Patriots will return to the field Friday night with an in-stadium practice at Gillette Stadium. It’s unlikely the hoses will be on for that one.