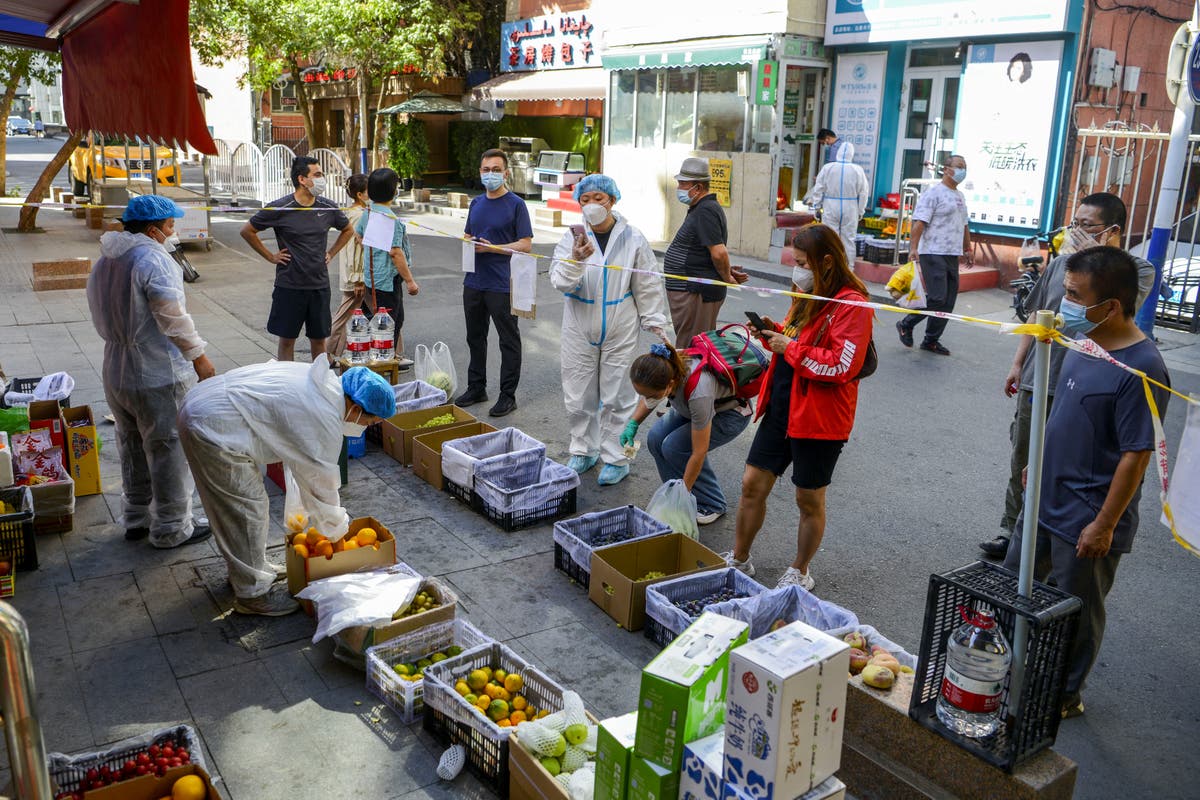 Chinese censors have been ordered to flood social media with positive posts about the northwestern region of Xinjiang in an effort to muffle the barrage of complaints of food shortages in the region.

Millions of people in at least 30 regions of mainland China have been placed under a full or partial lockdown under the communist government’s “zero Covid” policy, which aims to stub the coronavirus at every flare-up.

The Ili Kazakh (also known as Yili) autonomous prefecture, home to nearly 4.5 million people, was reportedly put under a lockdown in early August without any official announcement.

The prolonged lockdown has left locals short of food and medicines, forcing them to share their grievances on Chinese social media site Weibo.

To drown out the complaints, censors were told to “open a campaign of comment flooding”, according to a leaked directive published by the China Digital Times.

“All internet commentary organisational work units must carry out comment flooding work at the relevant times … the time period in question is from 8pm to 10pm tonight,” the document, translated by the US-based organisation, read.

“There are no subject matter restrictions,” the directive stated, asking the army of internet commentators to post content, including “domestic life, daily parenting, cooking, or personal moods”.

The document barred “all internet commentary personnel” from posting at rapid speed.

Following the order, food and cooking videos spread on Weibo. Netizens, however, were quick to call out the posts, prompting the commentators to make their accounts private.

“All these posts about Yili scenery and food are coming from alternate accounts. Nice job, g*v*rm*nt. Have you ever heard of maintaining a shred of dignity,” asked a user on Weibo.

China has been urged to reconsider its Covid policy after the World Health Organisation warned it was an unsustainable course of action earlier this year.

On 7 September, a pregnant woman complained that she was over nine days past her due date, bleeding and at the Xinhua hospital for five hours when they announced the closing of the hospital. “There are eight to nine pregnant women waiting here. Where are we supposed to go, what are we supposed to do,” the woman wrote, according to blogging website What’s on Weibo.

“We’ve been locked in for 40 days and yet they opened up the tourist areas,” one local lamented. “Children who have 40-degree fever can’t even see a doctor, pregnant women can’t even get into the hospital, we really can’t take this anymore.”

Earlier this month, the UN human rights office published a report accusing the Chinese government of violating the rights of Uyghur Muslims and other ethnic minority groups in Xinjiang.

The 48-page document stated that serious human rights violations have been committed against Uyghurs in the name of the “government’s application of counter-terrorism and counter-extremism strategies”.

Beijing rejected the report, calling it an assessment based on “disinformation and lies fabricated by anti-China forces”.