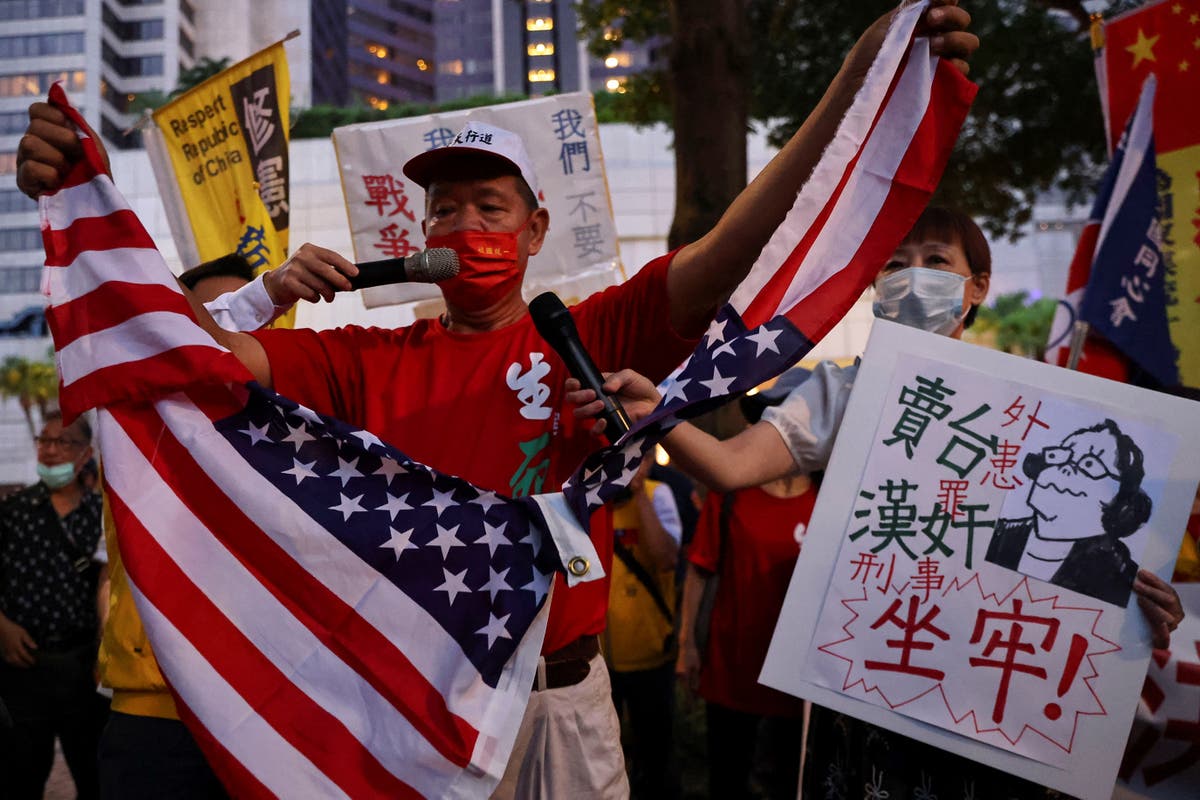 Beijing has announced its military will hold live fire exercises off the coast of Taiwan.

The announcement from China came within an hour of Nancy Pelosi touching down in Taipei, despite fierce oppisition to the trip from Beijing.

The Chinese military has been put on high alert and will launch “targeted military operations” in response to the visit, China’s defence ministry said.

Separately, the People’s Liberation Army’s Eastern Theatre Command said it will conduct joint military operations near Taiwan from Tuesday night, and will test-launch conventional missiles in the sea east of Taiwan.

The military drills will last Thursday to Sunday, said Beijing.

The exercises will include joint air and sea drills in the north, southwest, northeast of Taiwan, long range live firing in the Taiwan Strait, and missiles test-launches in the sea east of Taiwan, the Eastern Theatre Command said.

China has condemned Pelosi’s visit, with the foreign ministry saying it seriously damages peace and stability in the Taiwan Strait and “has a severe impact on the political foundation of China-US relations, and seriously infringes upon China’s sovereignty and territorial integrity”.

The ministry said it had lodged a strong protest with the United States and accused Washington of being “unscrupulous”.

They have accused the US House Speaker of provocation. Ms Pelosi is the first House Leader to visit Taiwan since 1997.

China views visits by American officials to Taiwan as sending an encouraging signal to the pro-independence camp on the democratic, self-governed island.

Beijing considers Taiwan to be part of its territory and has never renounced using force to bring the island under its control. Taiwan rejects China’s sovereignty claims and says only its people can decide the island’s future.

Russia has also joined the condemnation of the senior American politician.

“Our discussions with Taiwan leadership reaffirm our support for our partner & promote our shared interests, including advancing a free & open Indo-Pacific region.”

In a separate statement, she said: “America’s solidarity with the 23 million people of Taiwan is more important today than ever, as the world faces a choice between autocracy and democracy.”

The US Navy has deployed four warships east of Taiwan.

Ms Pelosi is due to meet Taiwan’s President Tsai on Wednesday for a formal meeting and lunch.