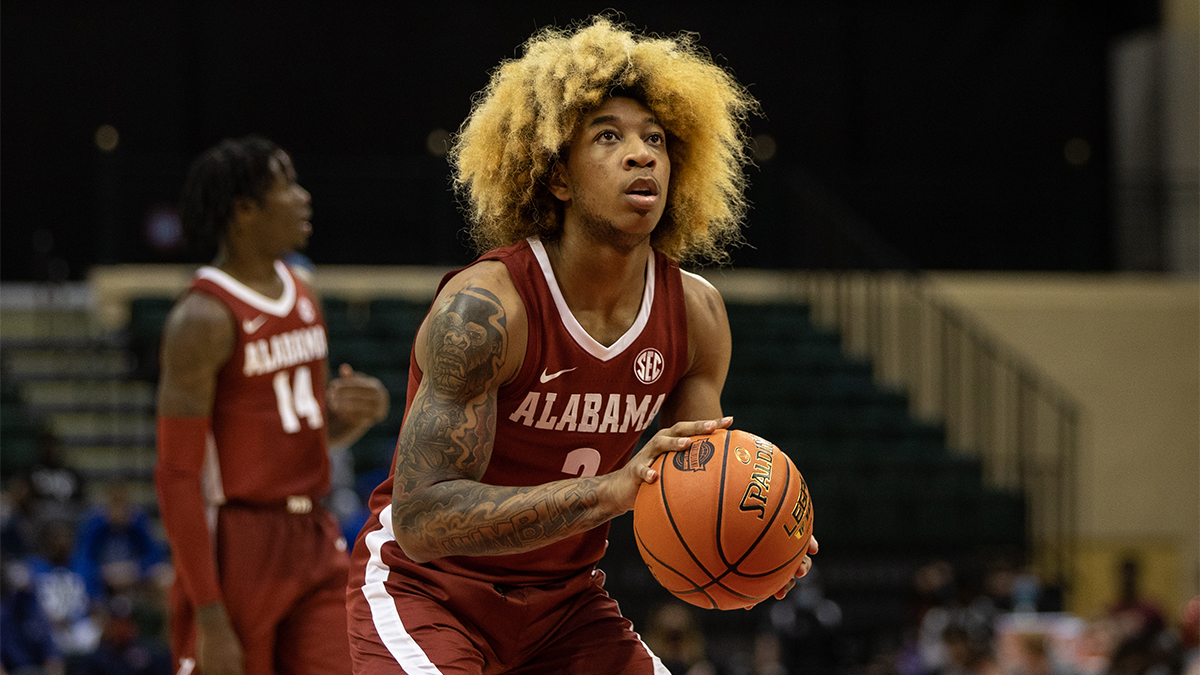 Just one week after their NBA Finals loss to the Golden State Warriors, the Boston Celtics started their 2022 roster reconstruction Thursday by drafting guard JD Davison out of Alabama.

While the No. 53 pick won’t be looked at to immediately fix Boston’s bench scoring issues, he has brought excitement to Ime Udoka, the Celtics’ typically reserved head coach.

“Excited about the young guy. He’s a tremendous athlete,” Udoka said, as transcribed by Keith Smith. “Obviously with the hair and flying around, he stood out. But he stood out as a player too when I saw Alabama. We’ll implement JD into everything we do and looking forward to seeing him in Vegas.”

Of the things that stood out when watching Davison, athleticism certainly ranks a top the list, as he earned SEC All-Freshman honors as an energetic bench defender for the Crimson Tide.

“And as you know, I’ve come from an organization where numbers didn’t really matter,” Udoka said. “We got (Manu) Ginobili and (Tony) Parker, and some guys really late in the draft and had late first round, late second round and always try to find the diamonds in the rough as far as that.”