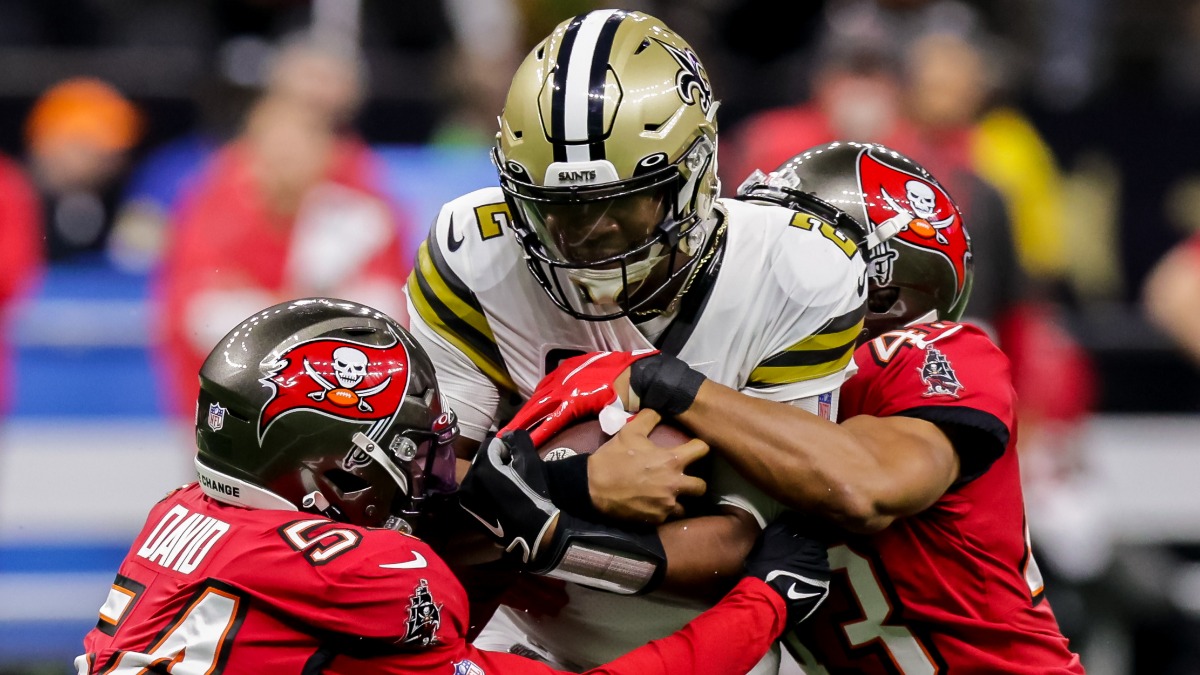 Saints quarterback Jameis Winston might have been dealing with a back injury as New Orleans hosted Tampa Bay on Sunday, but that didn’t mean the Buccaneers would be taking it easy on him.

The ball-hawking defense proved that with its play on the field before Devin White doubled down with his postgame comments aimed at Winston. Winston threw three interceptions as the Saints turned the ball over five times in the contest, losing a pair of fumbles in the 20-10 defeat. White referred to the turnover-prone Winston with quite the verbal jab.

“I mean, when Jameis left our team, everybody know what he did that last year. And we felt like we had a great defense then and he threw 30 picks,” White said on the FOX Sports broadcast after Tampa Bay’s win, as shared by NFL reporter Dov Kleiman.

“We just knew he would give us the ball (Sunday). We knew the running backs would cough it up,” White continued. “That’s something we came in talking about, we want 30 turnovers as a ball club ourselves so this just was another game to go attack the ball.”

White’s reference to Winston’s 30 interceptions dates back to the 2019 campaign, the quarterback’s last in Tampa Bay. The Buccaneers went out and added free agent Tom Brady that offseason and Brady’s play complemented the Tampa Bay defense all the way to a Super Bowl title.

And while the pre-Brady era in Tampa Bay feels like forever ago, it’s clear White didn’t forget those troubling days for the organization with Winston behind center.