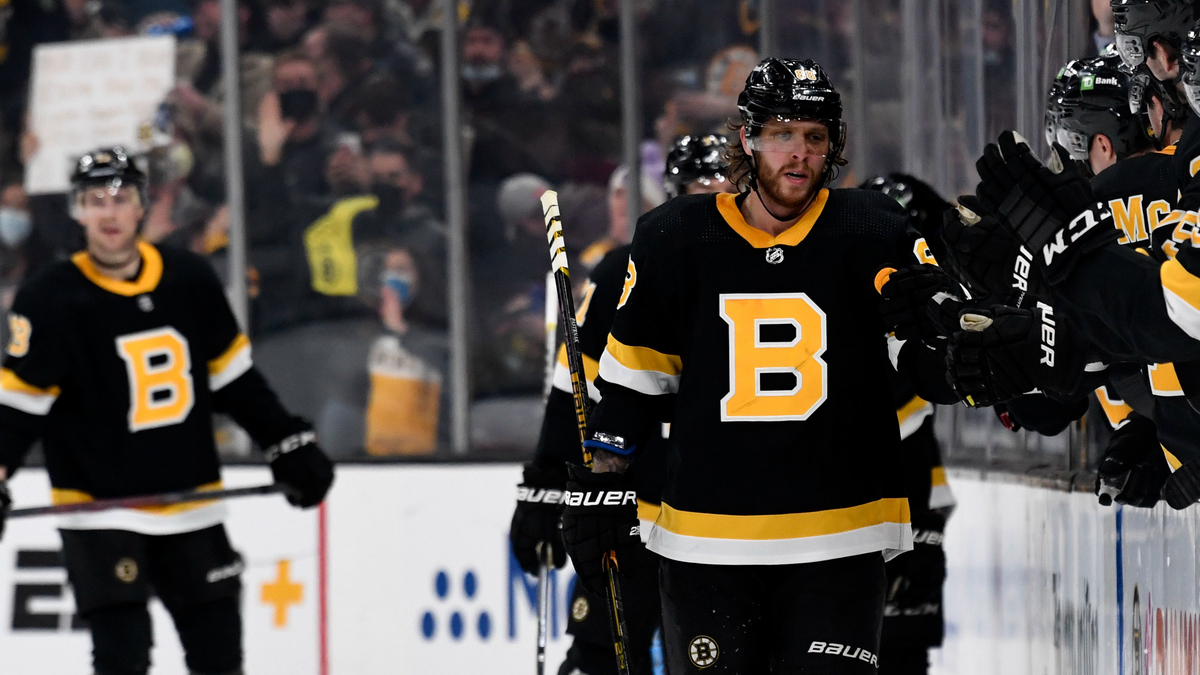 Boston took care of the San Jose Sharks on Saturday night 3-1 at SAP Center, but was unable to capitalize during its three power play opportunities.

While it didn’t prove costly for the Bruins in the end, they have lost games throughout the season by a goal or two when they couldn’t score on the power play, and who knows how the outcome would have changed had they been able to light the lamp.

After Saturday’s 0-for-3 showing, the Bruins extended their power play drought to 19 games. The last goal came against the New York Rangers in a 2-1 shootout loss Feb. 15.

The Bruins don’t look lost on the man advantage by any means. The puck movement is solid and the units look strong, but they are just a bit too pass-happy or are constantly in search of David Pastrnak.

Now, we’ve seen how lethal Pastrnak’s shot can be, especially when he’s hot. We recently saw it with his game-winning goal against the Seattle Kraken to kick off their West Coast road trip.

Maybe his teammates want to get him going, maybe the B’s want to get the puck to one of the team’s top goal scorers and the one who leads the Bruins with 12 power play goals. That’s understandable. But the rest of the power play unit cannot be afraid to shoot the puck if given the opportunity to do so.