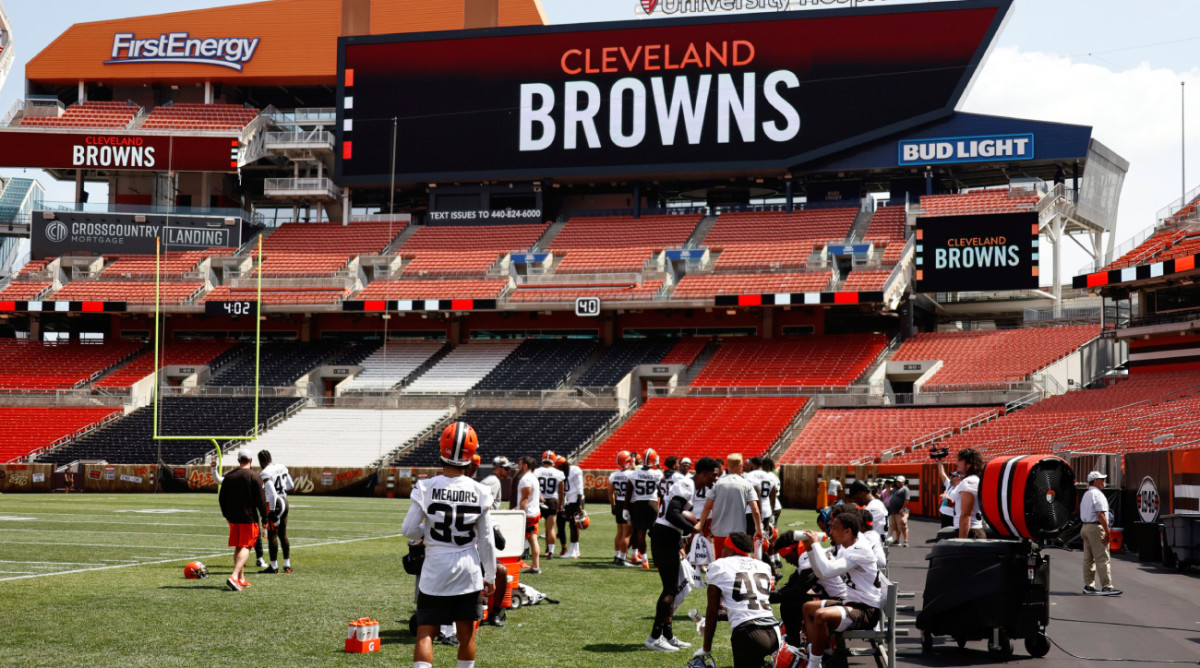 In response to mounting speculation regarding plans for a new stadium, the Browns issued a statement Monday addressing the latest reports.

Real estate blogger Ken Prendergast of Cleveland-based NEOtrans reported Friday the organization is “leaning toward” building a new, covered stadium that could cost “in excess of $1 billion” and will likely require public funding. Prendergast cited owners Jimmy and Dee Haslam’s dissatisfaction with the condition of FirstEnergy Stadium–Cleveland’s home since 1999–as a key reason for the possible endeavor, noting that the club has already picked out “at least two sites” for a redevelopment project that could cover at least 50 acres of land.

In a statement obtained by the Akron Beacon Journal, Peter John-Baptiste, the senior vice president of communications for Haslam Sports Group, confirmed the Browns are weighing their options for a possible renovation but denied the club is looking into building a new facility. He then explained Cleveland’s vision for renovating the downtown area where FirstEnergy Stadium is currently located.

“As we have consistently communicated, along with the City of Cleveland, the Greater Cleveland Partnership and other prominent local organizations, we have been immersed in discussing ways to best approach the lakefront’s future and the stadium naturally is a critical piece to the long-term execution of such a project,” John-Baptiste said. “Contrary to recent speculation, a recent feasibility study we launched does not contemplate a new stadium or showcase new stadium sites. A significant stadium renovation at our current site is the premise of the study as well as a focus on how to provide accessibility to the lakefront, drive density and create 365-destination major development opportunities that would include new public parks, retail, office, experiential and residential spaces.”

After noting the Browns would also like to build an “extensive land bridge,” John-Baptiste added that the club does not yet have “enough information to determine the cost of renovating the stadium or what the aesthetics of such a renovation would entail.” However, the senior executive shared Cleveland believes its study “will help answer those questions and should be completed in 2023.”

“The future of the stadium is one of several important pieces to the long-term execution of the lakefront project, and our organization looks forward to continuing to work with our community partners and leaders to identify next steps and our role in helping advance this initiative,” he said.

Located along the shores of Lake Erie and less than a five-minute walk from the Rock and Roll Hall of Fame, FirstEnergy Stadium is only the second stadium the Browns have played in during their 74-year existence. The stadium, which cost $283 million to complete and is the 12th-oldest in the NFL, opened following a three-year hiatus from the league after Art Modell moved the team to Baltimore in 1995.

According to Prendergast, the Browns’ 30-year lease at the city-owned stadium will run out at the end of 2028.