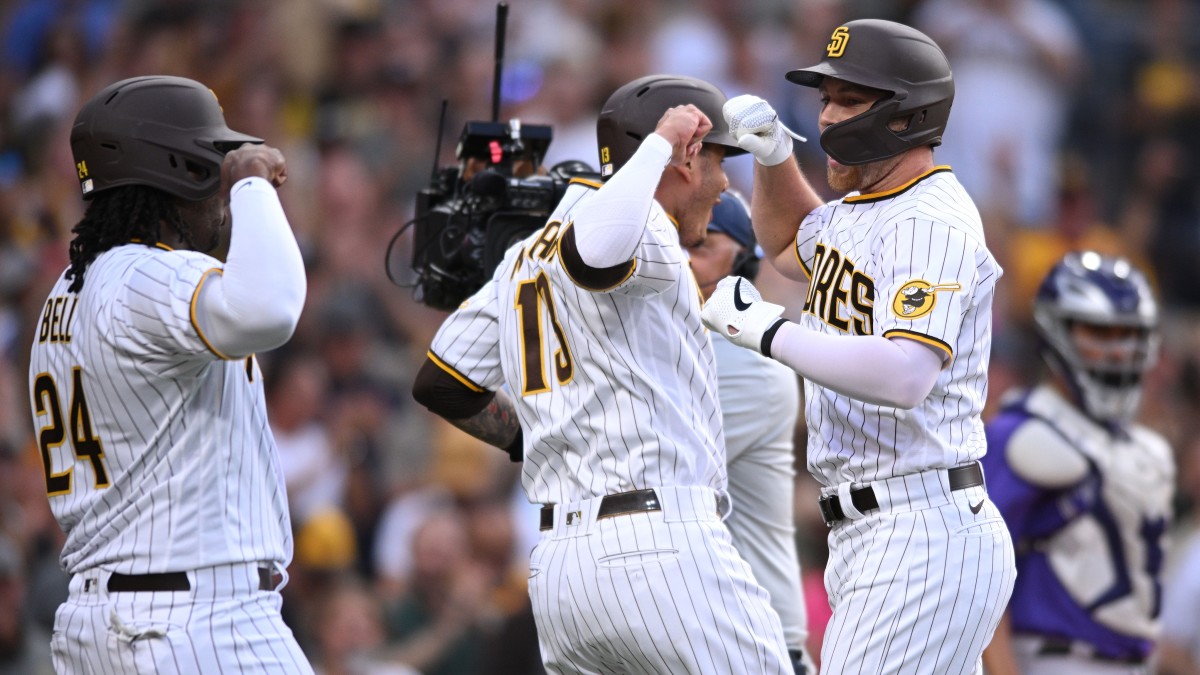 Wednesday brought about the much-anticipated Padres debut for Juan Soto, who joined the team in Tuesday’s blockbuster trade. But San Diego also brought in Drury, the 29-year-old well-traveled utility man in the midst of the best season of his career. And he wasted no time ingratiating himself to his new fan base, crushing a first-inning grand slam on the first pitch he saw.

The home run was Drury’s 21st of the season, already a career best. The Padres are Drury’s sixth team of his big-league career, and he’s making the most of his chance at regular playing time.

Soto, for his part, walked in four pitches in his first plate appearance with his new team, coming around to score when Jake Cronenworth was hit by a pitch with the bases loaded. The Padres ended up with five runs in the inning, unleashing their loaded lineup that will soon get the return of All-Star shortstop Fernando Tatis Jr., who has yet to play this season.

Drury will be a free agent this winter, so perhaps his stint in San Diego will be a brief one. But in just one plate appearance, he’s already left his mark.