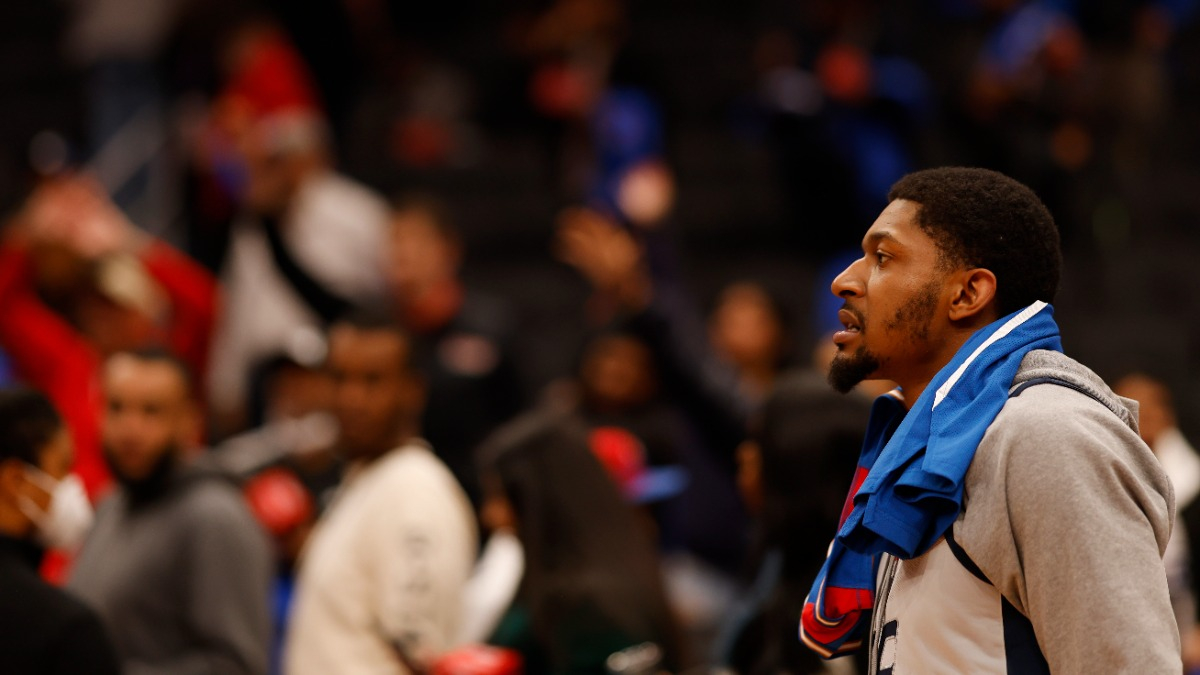 Bradley Beal is facing a life-altering (and possibly NBA-altering) decision this offseason.

And the Washington Wizards guard told The Athletic over the weekend he’s already made up his mind. He’s just not ready to reveal his plans, reportedly saying it’d be improper to discuss any potential future contract while still fulfilling his current contract.

Beal can decline his $36.4 million player option with the Wizards for the 2022-23 season and become an unrestricted free agent, at which point he’d be eligible to sign a five-year contract with Washington worth nearly $250 million. That seemingly is the most likely path, as it’s the most lucrative avenue and Beal previously has stated his desire to remain in the nation’s capital.

But that hasn’t stopped players from other teams from trying to recruit the three-time All-Star, with Beal telling The Athletic “a lot” of players have reached out regarding his NBA future. The Wizards have reached the playoffs only once in the last four seasons — and first-round exit in 2021 — and it’s long been debated whether Beal eventually might seek to join a legitimate championship contender.

The Boston Celtics are among the teams who’ve been linked to Beal in past trade rumors, thanks in large to his friendship with fellow St. Louis native Jayson Tatum. But it’s now hard to imagine the C’s targeting Beal after advancing to the NBA Finals, where they lost in six games to the Golden State Warriors.

In any event, choosing free agency would require Beal to not only change his tune. It also would cost him money, as the most lucrative contract he could sign with any other team, per league rules, would be a four-year deal worth about $184 million, even if it’s a sign-and-trade transaction.

Maybe the extra year and additional dough doesn’t matter to Beal, who turns 29 next week and has yet to advance past the Eastern Conference semifinals in his 10 years with the Wizards. But all things considered, it’d be surprising if he doesn’t sign a max contract with Washington, with the announcement coming once he’s eligible to sign on the dotted line.