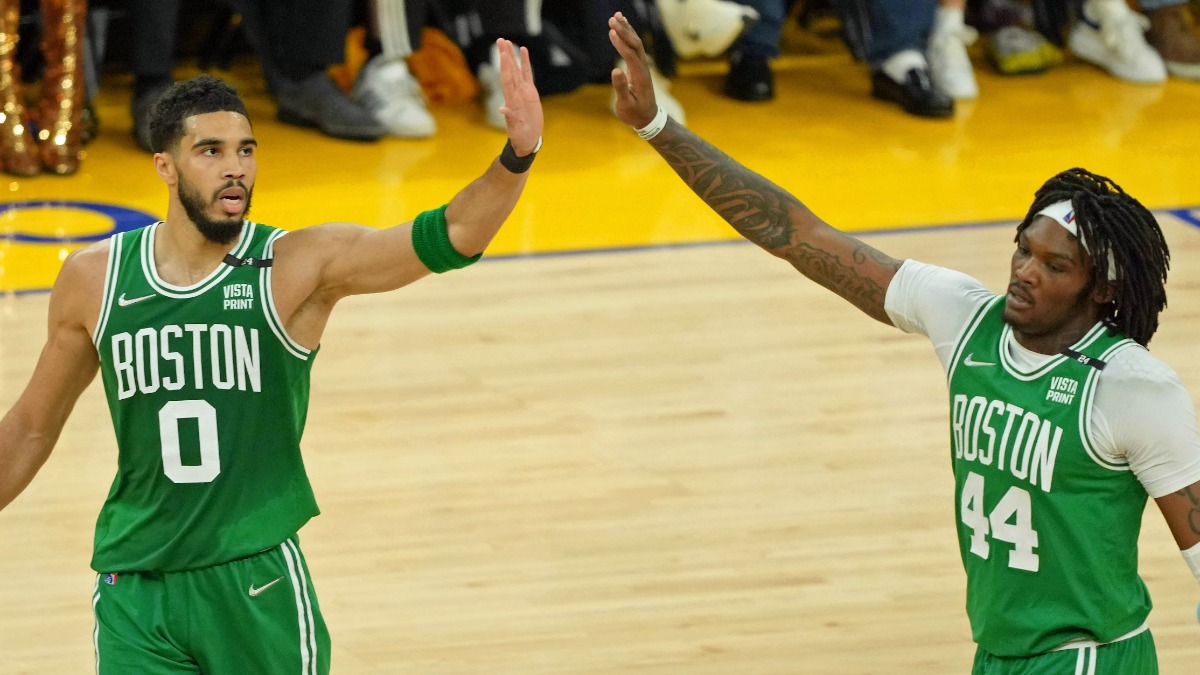 The Boston Celtics felt the fatigue of an extensive season with injuries plaguing key contributors like Robert Williams, Marcus Smart, Jayson Tatum and others throughout their run to the NBA Finals.

Williams consistently was deemed questionable on Boston’s injury report, as head coach Ime Udoka explained he would be day-to-day with knee soreness. Smart dealt with a myriad of lower-body injuries including an ankle sprain which kept him out of Game 4 of the Eastern Conference finals. And then there was Tatum’s shoulder, which never kept him out of the lineup, but did appear to hinder him in Boston’s postseason stretch.

Fortunately the Celtics, who had their season ended in a Game 6 loss to the Golden State Warriors last week, it doesn’t appear any players will be needing offseason surgery.

“Nothing that I anticipate. Those guys will just need some rest and they should be good to go,” Celtics president of basketball operations Brad Stevens told reporters Tuesday, per NBC Sports Boston. “And obviously they played anyway.”

Williams had surgery on a torn meniscus in March, just before the NBA playoffs started. He missed two first-round games against the Brooklyn Nets and did not play in the final four games against the Milwaukee Bucks. Williams did end up playing in each of Boston’s final 10 games including the conference and NBA Finals.

“It was very much just how he reacted day-to-day within that 48-hour window,” Stevens said, sharing much of what Udoka did during the postseason. “But he felt much better in the finals, and obviously I thought played pretty well in the finals. But he needs to take some time. And both our doctors and others that we’ve consulted with have all said the same thing: ‘There’s certainly no risk in being out there, but when it’s over you need to take a few weeks for it to completely settle down so you’re not putting as much load on it as you do as we go through the playoffs.’”

Stevens revealed how he told Tatum to take some time away from the court, as well. Tatum said after Boston’s season-ending loss at TD Garden that he did not expect to need shoulder surgery.