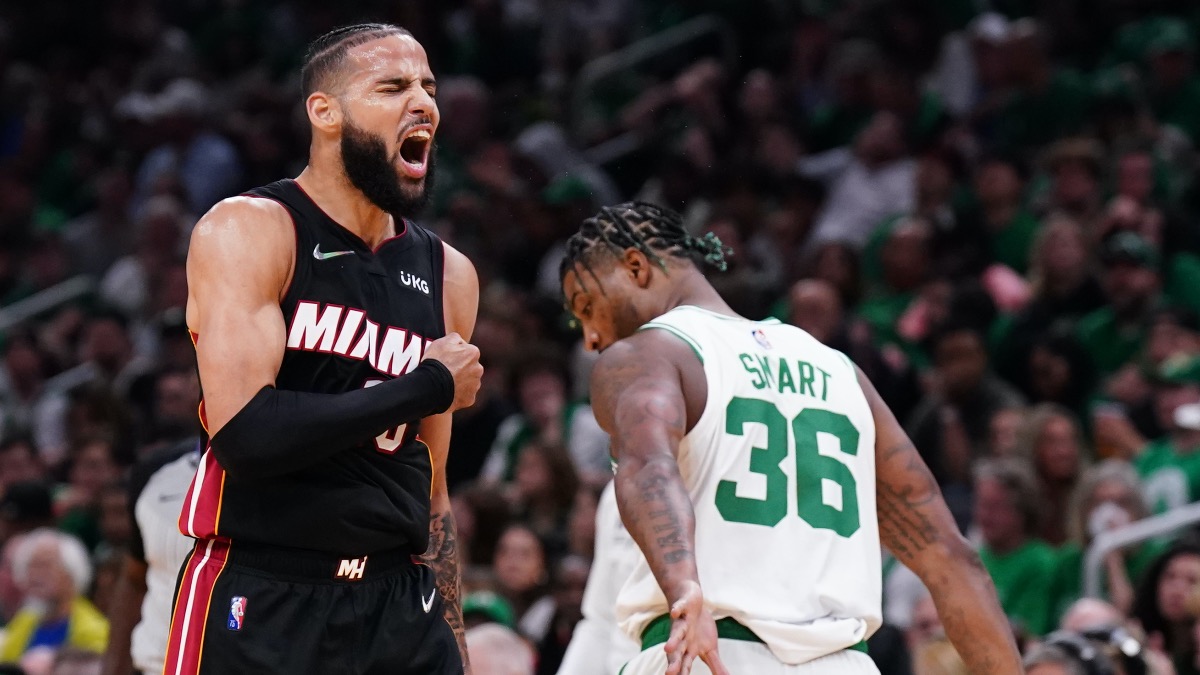 BOSTON — The Celtics entered Game 3 of the Eastern Conference finals against the Miami Heat with a perfect opportunity, but let home court slip away just 48 hours after earning it as Boston was dealt a 109-103 defeat at TD Garden on Saturday night.

The Heat take a 2-1 lead in the best-of-seven series.

You can check out the full box score here.

ONE BIG TAKEAWAY
When you play one quarter as bad as the Celtics did against a championship-caliber group, allowing the visiting Heat to take a 21-point lead after the opening 12 minutes, you have to be perfect the rest of the way in order to have a shot. Boston was far from perfect during the final three quarters as best depicted by their 23 turnovers. So, despite the second-half dramatics in which Marcus Smart and Jayson Tatum each emerged from the tunnel after respective injuries, the Celtics were not able to send Green Teamers home with a storybook comeback.

Boston scored as many field goals (5-for-18) as they had turnovers (five) during the opening frame as Miami went on to take a 39-18 advantage — again, 21 points in 12 minutes. That theme was present throughout as Boston had its third-quarter momentum halted due to costly turnovers, too. And the Celtics ultimately had their late surge in the fourth quarter end with consecutive turnovers after cutting their once 26-point deficit to 93-92 with 2:40 remaining.

The Celtics, who were quick to say how they won three of the four quarters in Game 1 defeat, now trail the best-of-seven series because of two terrible individual quarters.

STARS OF THE GAME
— Jaylen Brown led the way for the Celtics with 40 points on 14-for-20 from the floor including a 3-pointer that cut it to 93-92. Brown, like the rest of the team, though, was hindered by some turnover troubles. He finished with a team-worst seven giveaways as Tatum added six of his own.