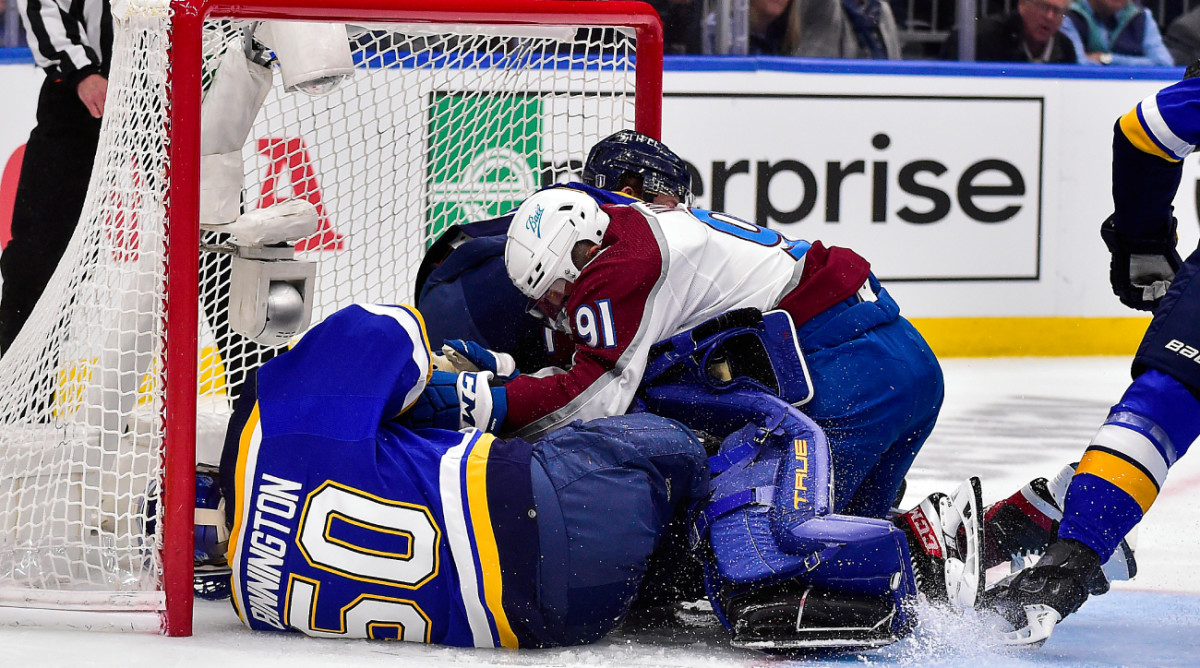 St. Louis suffered an early blow in its eventual 5–2 loss to Colorado after losing its starting goalie to injury after colliding with Kadri in the first period. As the All-Star defenseman explained what happened during his an interview with NHL on TNT after the game, Kadri encountered an unexpected interruption from off-camera.

“Just tried to poke the puck free, I think their weakside defenseman hit me and that’s what caused the collision. So, I hope he’s alright. I’m not sure if he just threw a water bottle at me or not but, I mean, not much I can do, man,” Kadri said.

The Athletic’s Peter Baugh later confirmed the off-screen distraction did, in fact, come from a disgruntled Binnington.

Blues head coach Craig Berube told reporters after the game Binnington, who won a Stanley Cup with St. Louis in 2019, is currently being evaluated for a lower body injury. The former All-Star’s status remains to be determined.

With the win, the Avalanche are now up 2–1 in their second-round series against the Blues. Game 4 is scheduled for Monday night at 9:30 p.m. ET.