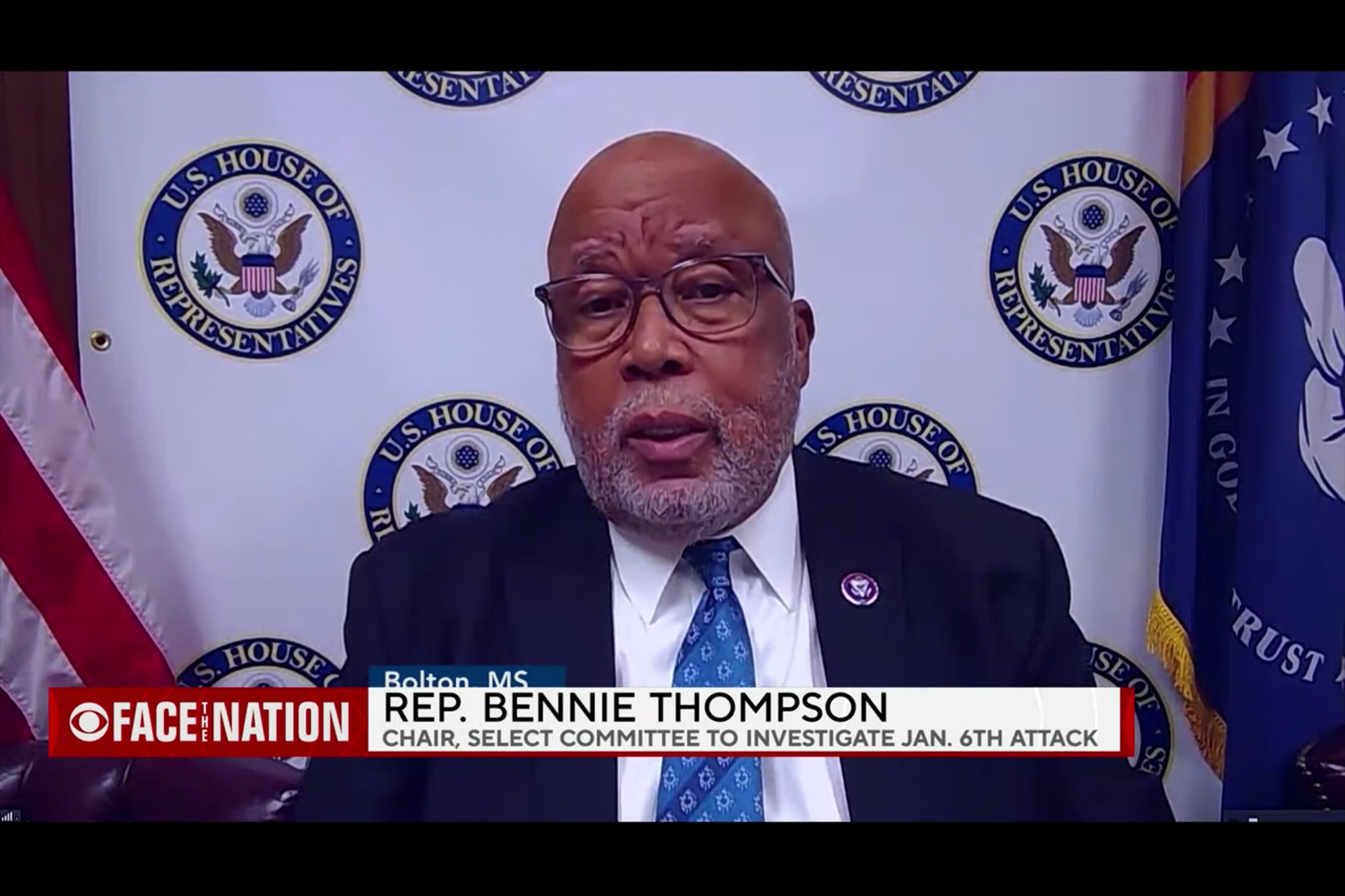 “We have talked to Department of Defense individuals,” Thompson continued. “We are concerned that our military was part of this big lie on promoting that the election was false. So, if you are using the military to potentially seize voting machines, even though it’s a discussion, the public needs to know, we’ve never had that before.”

News broke Friday that a draft executive order from former President Trump that would have ordered the National Guard to seize voting machines following the 2020 election. The draft order, which was never signed by Trump, would have also called for the appointment of a special counsel “to institute all criminal and civil proceedings as appropriate based on the evidence collected.” The authorship of the draft is unclear, but a person with knowledge of the memo said that the document’s references to classified memoranda suggests the author had access to information about government secrets, a person with knowledge of the memoranda told Politico.

That plan included identifying someone to replace Barr, who went against the Trump narrative that the election was stolen, saying that there was no evidence of widespread voter fraud. “We do know that a potential person was identified to become the attorney general of the United States, who would communicate with certain states that election on their situation had been fraudulent and not to produce certified documents,” Thompson said. “Well, we understand that. So, we will move forward on that investigation, and we will look and see specifically how far that plan went.”

“We’ve had conversations with the former attorney general already,” Jan 6 Committee Chair @BennieGThompson tells @margbrennan when asked if he will speak with Bill Barr. pic.twitter.com/a4WZpHR04Y

Last week the committee received a trove of 700 pages of Trump administration documents sent by the National Archives, thanks to an 8-1 Supreme Court ruling on Wednesday that found Trump does not have the right to block the committee from accessing certain White House records as part of its investigation into the Capitol attack. The ruling granted the committee access to internal memos, communication logs, and calendars to help determine whether the administration was involved in provoking the riot as part of a plot to prevent the peaceful transfer of power to President Joe Biden.

Of the documents, Thompson said, they are “so significant to our investigation.” Because there are so many papers to review, however, Thompson indicated the committee will not hold hearings until the spring. “To be honest with you, as you know, we are reviewing thousands of pages of documents, hundreds of witnesses. It’s taken a good bit of time for the committee to put together. And hearings at this point, we expect to be sometime in the spring,” he said.

Brennan then asked Thompson about the panel’s recent decision to subpoena two individuals close to the former president, Ivanka Trump and Rudy Giuliani. “We identified the players, Rudy Giuliani is clearly one of those individuals, the right-wing individual organizations that participated, providing security and other things very important,” Thompson said. “And obviously, Ivanka Trump was a major adviser to the president all along, a number of items attributed to what she’s been saying and so we asked her to come in voluntarily and give us the benefit of what she knows.”

Earlier this month, Republican Jan. 6 committee member Rep. Liz Cheney said the committee has “firsthand testimony” that the president’s daughter pleaded with him during the attack “at least twice to ask him to please stop this violence.”

In the spring, once the committee has gathered evidence, it will make its case to the American people. “I can assure you, as we develop this information, we will clearly present it to the public,” Thompson said. “We plan at this point to have a series of public hearings showing the use of federal assets, Department of Justice, Department of Defense and other agencies to actually stop the duly election of a president. So, we’ll do it in due time.”