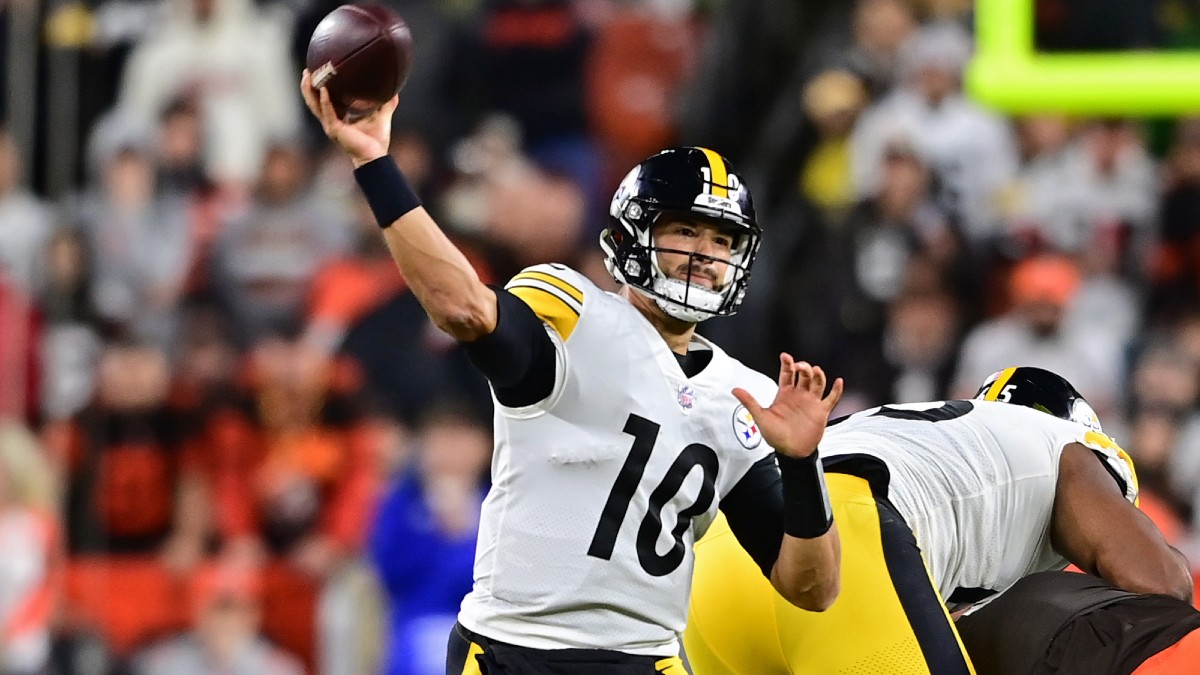 Island games tend to bring in bettors who are way too confident in their player takes, and that was definitely the case in the Steelers-Browns game.

Cleveland beat Pittsburgh, 29-17, on Thursday at FirstEnergy Stadium. Quarterback Mitch Trubisky delivered an average performance competing 20-of-32 passes for 207 yards, and he rushed for one touchdown. But a key stat for the sixth-year signal caller was he got a zero in interceptions. Trubisky had only thrown one this season — in Week 2 against the New England Patriots. However, bettors were confident the 28-year-old would make a mistake.

Caesars Sportsbook noted before the game 100% of the action on Trubisky’s interception prop was on the Over. Of course, there were contrarians after the tweet was published who got the Under at -115 odds. And those bettors would have cashed in.

Head coach Mike Tomlin also cost people money, specifically those who had the Under. Most sportsbooks had the total at 38 or 38.5. After punting with four minutes to go, the Steelers had the ball back and had a chance to cut into the Browns’ nine-point lead. With a fourth-and-1, Tomlin chose to kick a field goal with a 1:48 left in the game to put Pittsburgh down 23-17.

The decision put the game over the total, and it add insult to injury as the Steelers got the ball back but only had time to lateral the ball from their own four-yard line. The ball dropped and Cleveland cornerback Denzel Ward recovered it in the end zone for a touchdown.

Tomlin doesn’t seem keen at a quarterback change, as Trubisky can still deliver a strike to his receivers from time to time, but his fourth-quarter decision making didn’t show the head coach has confident in his signal caller.

Though, Trubisky did prove that an “easy bet” is never truly such.