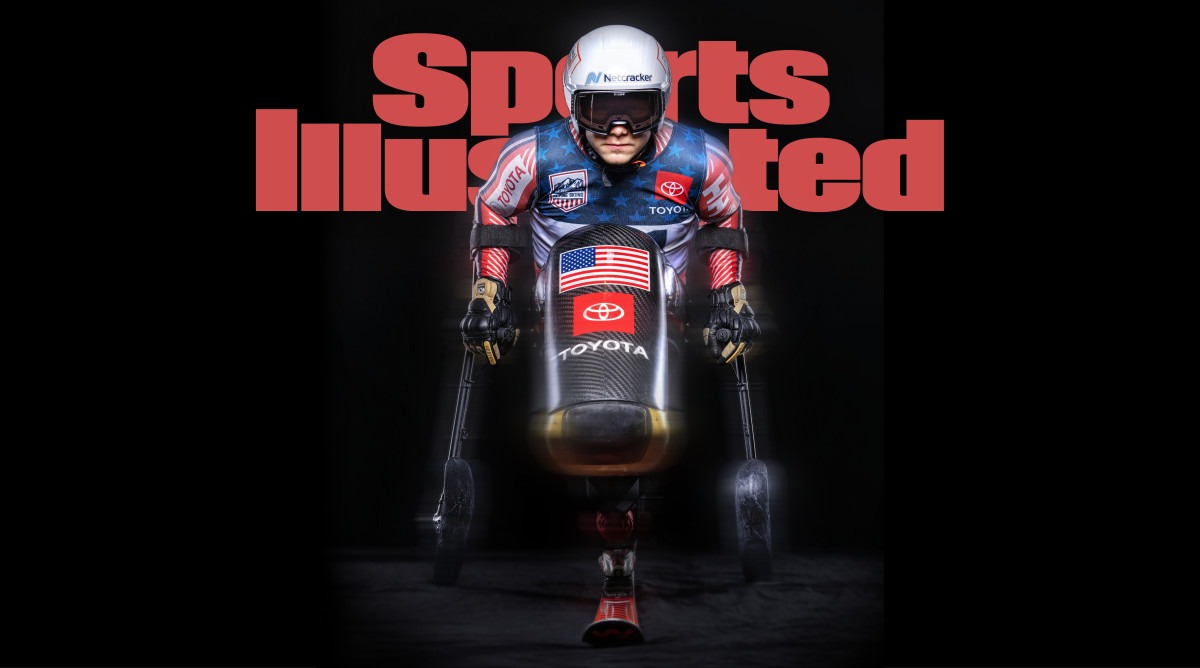 There is an excellent chance that, in Beijing, one of the best skiers in the world will use the moments before some of the biggest races of his career to crack a joke.

Andrew Kurka does this by design. Sometimes he chats about the course with the folks working at the start. What he says doesn’t really matter as much as how he says it. He keeps it light, and though he is talking to others, he is really speaking to himself.

“My career has been so serious for so long,” says Kurka, 30. “When I started getting better is when I started staying calm. It’s a big confidence booster to stay relaxed.”

Success in adrenaline sports can hinge, in large part, on managing fear. Kurka has a different challenge. He has to manage fearlessness.

Kurka grew up in Palmer, Alaska, where he was a freestyle and Greco-Roman wrestling phenom, winning four state championships by middle school, driven by one thought: Pin him. He did not just want to win. He wanted to dominate immediately.

“That was just my mentality,” Kurka says. “Everything about me was: Outpace the opponent. Be faster, be stronger, [go] harder 100% of the time and eventually they won’t keep up. That was just the way I learned to wrestle.”

When Kurka was 13, he got in an all-terrain vehicle accident and severely damaged three of his middle vertebrae, leaving him partially paralyzed from the waist down. He was able to keep wrestling-—eventually winning two state championships in high school—but his Olympic dreams no longer had an outlet. Two years after the injury, through the Children’s Miracle Network, he met a boy with cancer.

“He was a very happy young man,” Kurka recalls. “He didn’t have an issue trying to put himself out there. He knew he had limited time. That made me realize: What am I doing with my life? I don’t have terminal cancer. My legs just don’t work. What am I doing being such a wuss?

“I found my new identity. It was very similar to my old one. It was just a newer version. When I realized I could do anything I could do before, I just had to do it differently; that is when I could feel alive again.”

Despite having never attempted the sport before, Kurka applied this new attitude to skiing, careening down mountains with his body strapped into a seat atop a single ski and outrigger skis in his hands to help guide him. The results were magnificent and calamitous, often both in the same week. Early in his career he broke his back, both of his ankles and wrists, and his right ulna. He snapped his right femur and had a rod put through it. During a slalom race in Slovenia, in January 2017, he hit a gate at a less-than-ideal angle, breaking his ribs. He says, “Ribs are a hard thing to fix. You know what I’m saying?” He just kept racing. The next week, he won his first world championship, in the downhill in Tarvisio, Italy.

“Never had them reset,” Kurka says. “I have protruding ribs on my left side. You can feel them. You can see them.”

Skiing through injuries helped prepare him for the next ones. He did not need to feel great to ski at an elite level. But over time, Kurka realized that this reckless approach was not sustainable. He has learned to win races with savvy more than courage.

“My body definitely can’t handle the injuries it did at one point,” Kurka says. “But my experience is so much greater that I don’t have to worry about getting injured as much. . . . I was basically fearless from the start. But I definitely had a sense of nervousness that I had to get under control. [So] I whistle, I stay calm, I focus on the important things that are needed in every single run that I do. Instead of trying to do everything perfectly, I’m able to pinpoint what the best decisions are.”

Kurka is a man of varied passions. He has worked as a radio DJ. He built a bed-and-breakfast in Palmer, and we do mean built. He says he did “99%” of the work himself: erecting walls, installing sheetrock and flooring, finishing the exterior, building a pond out of bricks and putting in garden beds. There is some irony in working that hard to build a place where other people can relax, but Kurka explains it simply: “I love projects, man.”

Kurka probably does not have a lot of competitive skiing left in him, but he does have a lot of plans. He is engaged to Verónica Quezada, whom he met on a Mexican vacation a few years ago, and they hope to start a family. That will give him another reason to manage his fearlessness. He has dabbled in hand-cycling and is thinking of taking it more seriously because “I’m trying to shift over as I age to a sport that’s a little bit less dangerous.”

After winning a gold in downhill and a silver in Super-G in his classification four years ago, he is a threat to take home multiple medals again in Beijing. He could race in the downhill, the Super-G, the giant slalom and the super combined, but he plans to stay away from the slalom, where the gates are closer together than in the giant slalom. In the slalom, he says, “Sit-skiers take gates off the dome piece every single time. It causes a lot of concussions.”

Kurka takes a risk every time he competes. But he no longer seeks risk as he once did. He is now in that sweet spot for an athlete, where mental acuity and discipline make up for any lost athleticism.

“The way I figured it out was breathing techniques,” he says. “Staying calm and relaxing, and realizing that I wasn’t there [just] to win . . . being overly competitive is just as much a weakness as it is a strength. If you focus on winning, winning becomes a lot more difficult.”

Imagine for a moment that Kurka did not get into that ATV accident and kept wrestling.

Eventually, he would probably have learned to be more patient on the mat and win in a variety of ways. Instead, he turned to skiing and experienced the same sort of growth. He has learned to manage his fearlessness. Being more cautious has made him better, and he says it has done something else:

“It makes my mom happier.”