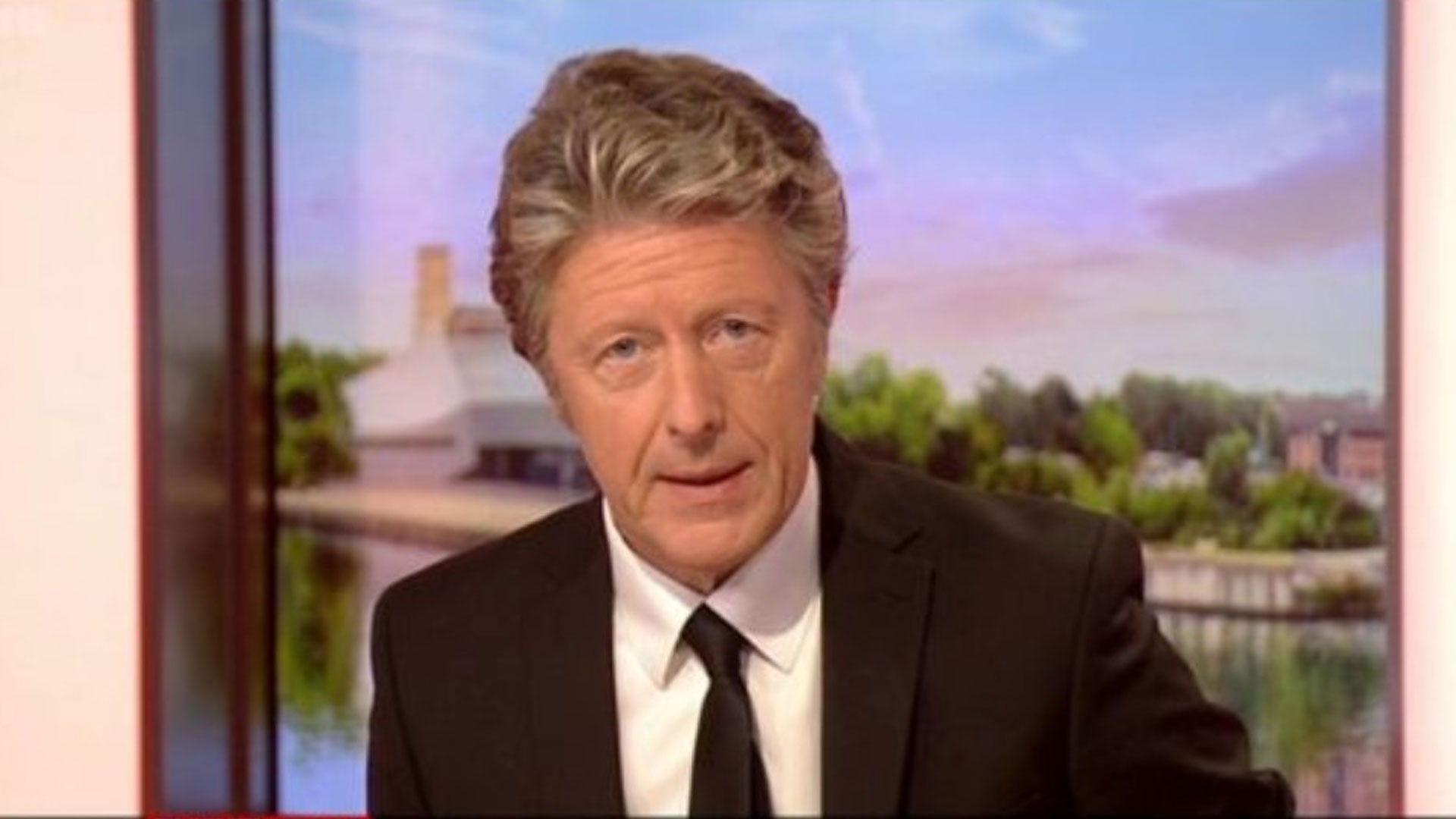 BBC Breakfast’s Charlie Stayt was forced to apologise to viewers after a technical blunder interrupted an important interview.

It came as the news anchor, 60, was talking about King Charles III’s historic Proclamation Ceremony.

This morning the King vowed to follow the Queen’s “inspiring example” as he was formally declared Monarch in an historic Accession ceremony.

Charles took on the role of King, after his mother, Her Majesty the Queen, sadly passed away aged 96 on Thursday.

But during a chat about the important ceremony just after 8am, the BBC suffered an embarrassing technical fault.

It came as Charlie was back on our screens this morning alongside co-star Naga Munchetty.

Charlie welcomed diplomatic correspondent James Landale to the show as he stood live at St James’s Palace ahead of the historic ceremony.

Kicking off the interview, Charlie said: “So let’s find out a little more about the formal events that will be taking place today 10am this morning.

“Our diplomatic correspondent James Landale is at St James’s Palace just down the road from Buckingham Palace, just explain to us because we’re on a learning curve about these formalities and just what will play out today.

James explained: “What we’re going to see today is something that doesn’t happen very often, only when we have a new monarch.

“Essentially this is the moment his identity is confirmed to the world.”
ames went on to share with viewers watching at home the timetable for the rest of the event.

Charlie said: “One of the things people are very mindful of at this time is that sense of duty but right now, King Charles is in mourning for his mother.

“But these procedures happen at this time but presumingly for him he’s in mourning.”

But there was a short silence and it quickly became clear that James was no longer able to hear Charlie in the studio.

THE nation is in mourning after beloved Queen Elizabeth dies aged 96 – here is all you need to know about Her Majesty’s glorious life and what’s next.

“James, I’m not sure you could hear me. Just nod if you can hear us. I’m just not sure if we’ve lost our link to you,” the BBC star said.

He later added: “I’m so sorry, we seem to have lost our link to our diplomatic correspondent.”

Sitting next to a photo of the late Queen, the King said: “In a little over a week’s time we will come together as a nation, as a Commonwealth and indeed a global community, to lay my beloved mother to rest.

“In our sorrow, let us remember and draw strength from the light of her example.”

The royal said the “affection, admiration and respect” the Queen inspired “became the hallmark of her reign”.

He added: “And, as every member of my family can testify, she combined these qualities with warmth, humour and an unerring ability always to see the best in people.”

King Charles, who has declared a period of Royal Mourning will be observed until seven days after his mother’s funeral,.