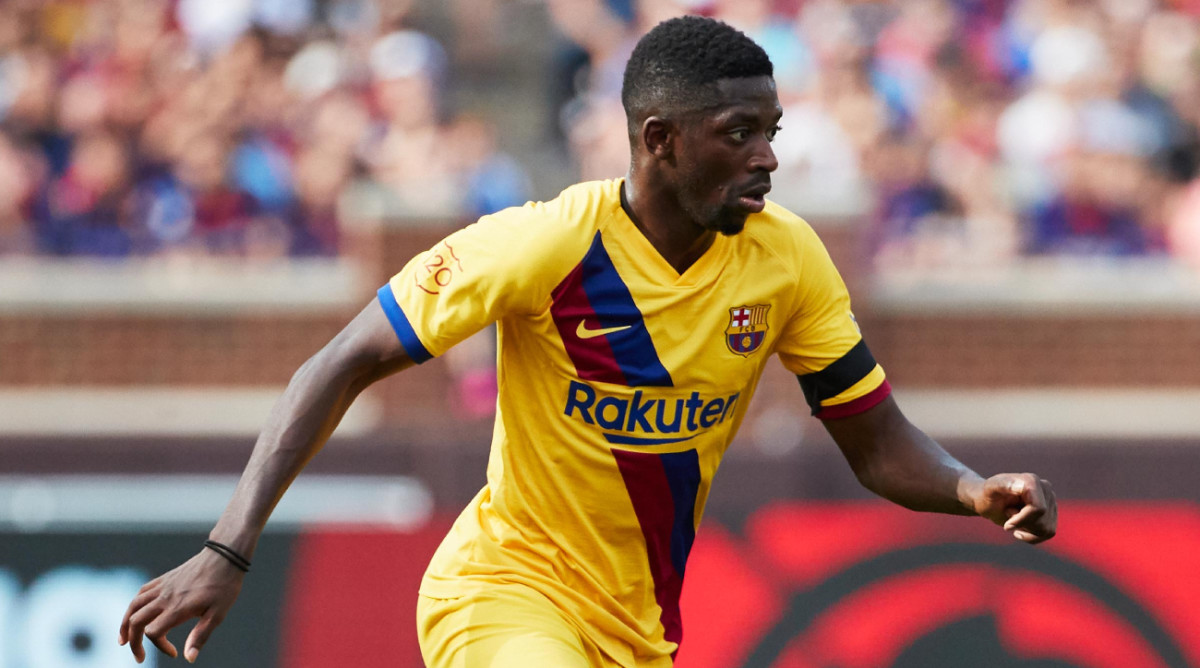 During Barcelona’s match vs. Juventus on Tuesday, Ousmane Dembélé celebrated his two goals by using a celebration donned by NBA star Steph Curry.

The 34-year-old Warriors star began doing a “sleeping” pose during this year’s NBA playoffs. The pose, which is now referred to as “night, night,” is Curry’s version of a mic drop following a stellar performance. The gesture became more popular after the Warriors won their fourth NBA title in the last eight years.

Dembélé obviously wanted to express a similar message as Curry did when he scored the match opening goal during the club friendlies match. He went on to score another goal, giving Barcelona a 2—1 lead. And to celebrate, the forward used the “night, night” pose again.

The France native isn’t the first professional athlete to copy Curry’s famous pose this year. WNBA star Sabrina Ionescu used the “night, night” pose shortly after the Warriors won the NBA title in June. Curry even responded to her usage of his famous motion.

The movement for the “night, night” pose isn’t just taking over professional sports. Kids across the country are copying Curry’s move in their sporting events, too.