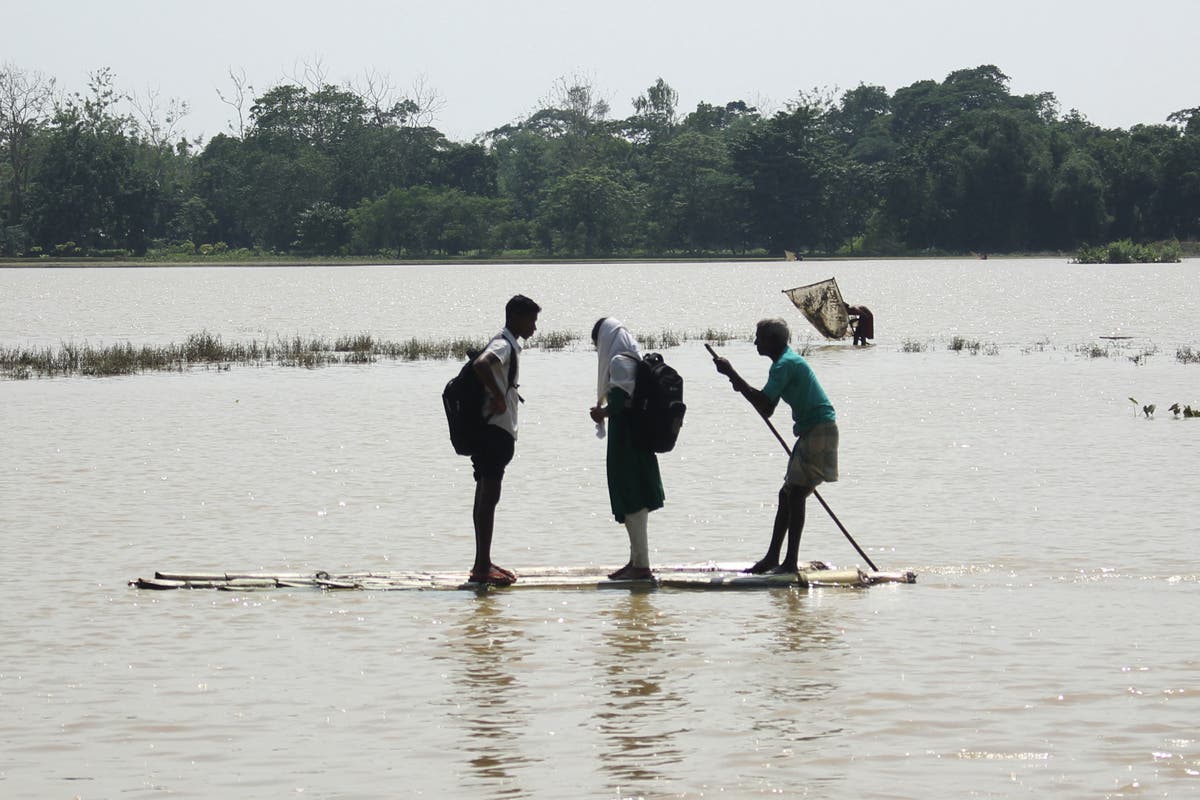 Bangladesh has deployed its army to the country’s inundated eastern areas as the flood situation worsens, with water levels rising up to the neck and leaving thousands of people stranded.

Several villages near eastern Bangladesh’s Sylhet city, 230km from capital Dhaka, were cut off entirely from the rest of the country on Friday morning as the water level rose overnight, snapping all communication.

Authorities said water entered homes in Companiganj and Gowainghat villages leaving people stranded without any food or drinking water. This is the worst flooding the region has witnessed in over two decades with excessive rains since the end of May.

On Friday morning, the civil administration in the areas requested the army’s deployment to rescue those stranded and provide relief materials, a press release from Bangladesh’s Inter-Services Public Relations (ISPR) said.

Nearly half a million people in at least 600 villages of Companiganj, Gowainghat, Sylhet Sadar, Jaintiapur, Kanaighat and South Surma cities are impacted by worsening floods.

According to reports, the water level was knee deep on Thursday but rose rapidly in the last few hours, inundating houses.

The sudden rise in water levels comes as a result of continuous downpour and swelling of major rivers such as Surma, Kushiara and Sari, according to local media reports. In several areas, the rivers have been above danger levels.

There are no reports of casualties yet, but local government bodies said they are on alert and have shelters in place. However, there is no way for people to reach them as roads remain inundated.

Local bodies said movement has been curtailed entirely due to high water levels with flood water bringing snakes, leeches and other insects into homes.

Most people who are stranded do not have boats for stepping out for basic necessities as well.

People reportedly took shelter on the roofs of their homes on Friday morning as concerns loom over water levels slated to rise further.