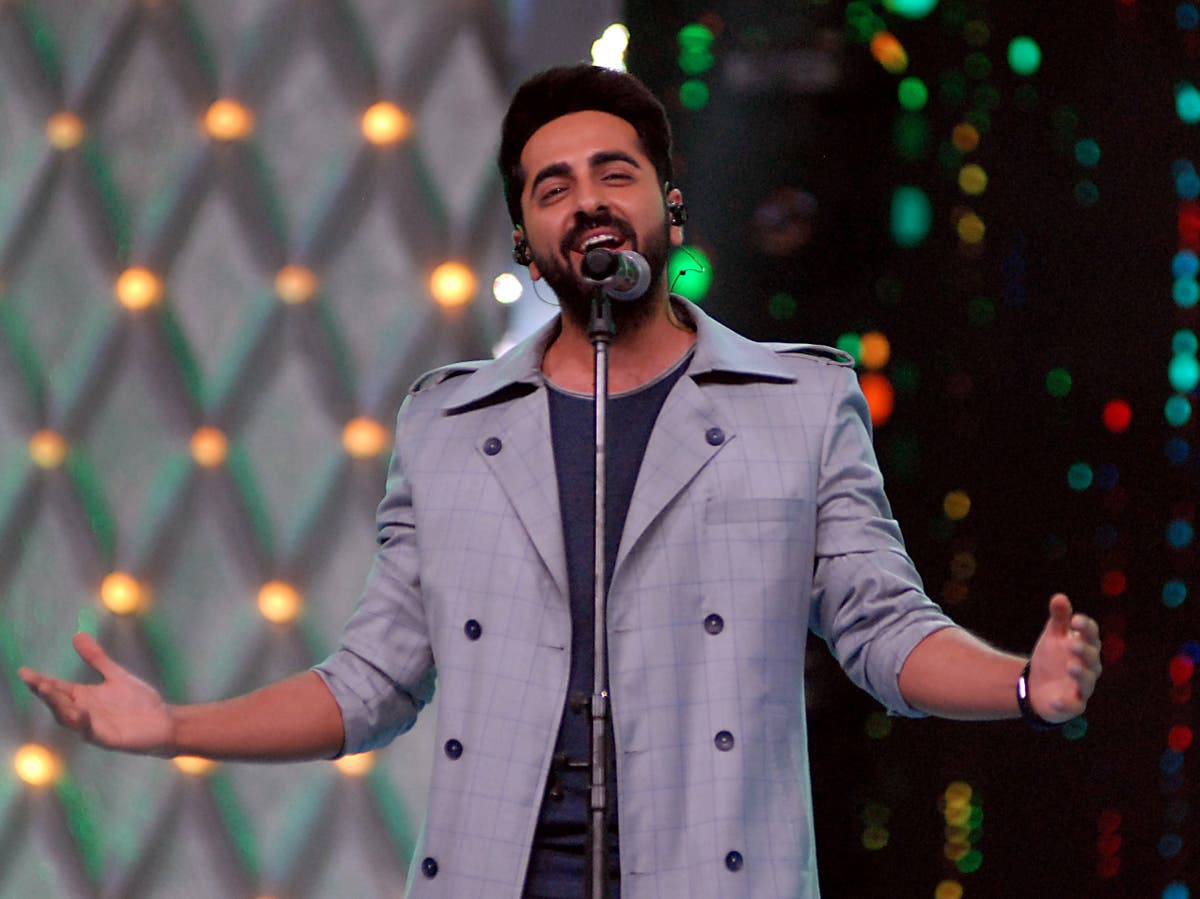 The actor has been featured as one of GQ India’s “Men of the Year” in the December issue, along with Olympic gold medallist Neeraj Chopra, actor Vicky Kaushal, and Indian rap artist Prabh Deep.

Emblazoned with the words “Game Changer” and “Year of the Brave”, the GQ cover featured a photograph of Khurrana with kohl-rimmed eyes and painted nails.

The Article 15 actor shared the cover on Instagram on 30 November, and captioned the post “gender fluid” with a black heart emoji.

Soon after, the cover was criticised by Yes We Exist India, a digital LGBT+ advocacy initiative. It shared a series of images, including Khuranna’s cover, to highlight the important difference between gender expression and gender identity.

The caption read: “Ayushmann Khurrana does not become gender-fluid by painting nails, unless he is actually coming out and self identifying as a gender-fluid person, which is highly unlikely.”

“Gender-fluid people experience social isolation, harassment, violence and humiliation because of who they are. It takes a great deal of strength and courage and hope and support to live openly as a gender-fluid person in a country like India,” the organisation added.

Yes We Exist founder Indrajeet Ghorpade, who identifies as a pan-romantic queer person, told The Independent that the actor’s social media post reads like a marketing gimmick for his forthcoming film Chandigarh Kare Aashiqui rather than an expression of solidarity with the community.

He said: “It would have been different if he had added a line highlighting the experiences of gender-fluid persons in India, or spoken about his own gender identity through the medium of this post.”

Another member of the trans community, who wished to remain anonymous, told The Independent that their problem with the caption is that “gender fluidity is an actual identity and not an aesthetic”.

Yes We Exist also dubbed the movie Chandigarh Kare Aashiqui transphobic for reinforcing problematic and tired tropes about a marginalised community, while also sharing examples of how other Indian films and shows, such as Pati, Patni aur Panga (which roughly translates to husband, wife and their problem), have historically misrepresented trans characters.

In the six-episode 2020 comedy-drama series Pati, Patni aur Panga described by critics as “atrocious and cringeworthy”, Adah Sharma, a cisgender actor, played a trans woman. Disastrously, Sharma also said she was playing a man in the show, instead of a trans woman, while promoting it on Instagram.

Swarnim, a 24-year-old data analyst and trans woman, shared her perspective both on Khurrana’s film and the GQ cover with The Independent.

Explaining that while the outrage against Khurrana for using the word gender-fluid was justified, she said attaching a “definition or identifier to being gender-fluid” such as using eyeliner or painting one’s nails is detrimental to the community at large.

“I believe it would do all of us better to realise that what is actually wrong about the post is that he’s using a historically marginalised group as a marketing gimmick,” Swarnim added.

She also criticised the trailer, and the as-yet unreleased Chandigarh Kare Aashiqui, for allegedly using a “decades-old plot” of trans women being “deceivers who trap men because we are so desperate for love”, and then portraying it as a comedy.

In the film, which releases on 10 December in India, Khurrana plays a macho gym owner based in Chandigarh, who falls in love with a Zumba instructor (played by Vaani Kapoor) only to later find out that his girlfriend is a trans woman.

During the trailer, Khurrana’s character tells Kapoor’s character that she has betrayed him by hiding her identity until after they consummated their relationship.

Meanwhile, author and poet Rohan Dahiya told The Independent that Khurrana’s post reads like a display of “arrogance from the people making the film to the ones conceptualising such promotional shite” who think it’s enough to do this and “call it gender fluid” and that the general public “will praise their inclusivity”.

Calling it a classic case of “queer baiting”, Dahiya added: “No one who’s seen the trailer or the excuse of gender bending by way of nail paint will forget the grotesque misrepresentation of a community that’s fighting for visibility and authenticity to begin with.”

Other members of the queer community expressed their disappointment over Khurrana’s Instagram caption, and the ill-advised timing of his cover, online.

One social media user urged the actor to rectify the “gender-fluid” caption, writing: “The term you’re looking for is androgynous, which is related to gender expression! Gender fluid is when an individual’s gender identity is not fixed!”

Prominent drag artist and media personality Sushant Divgikr commented on Khurrana’s post: “I actually like you a lottt, so I’m a bit terrified that this is out and quite blatantly at that! Don’t mind having a conversation about this with you whenever you think you’d be open to unlearning and re-learning gender, orientation, expression and the various intersectionalities involved.”

The Independent has reached out to Khurrana for a comment.