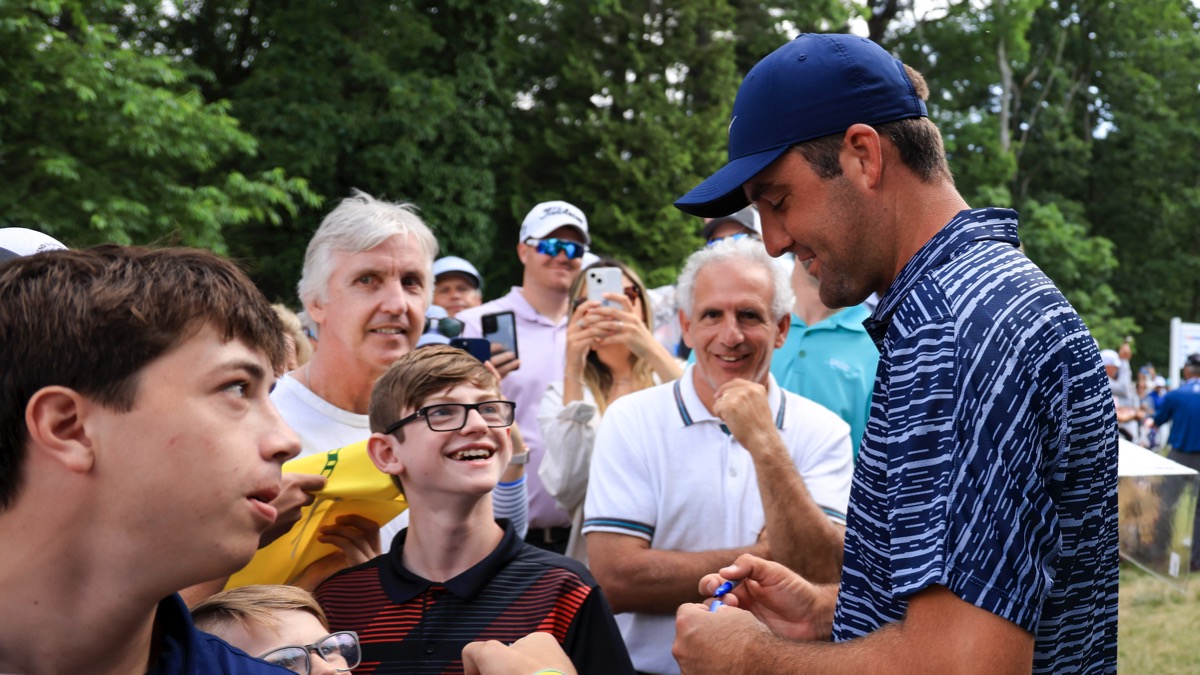 The Country Club is composed of three separate courses with holes from each being intertwined on the current layout. The par-3 11th hole is a fun beneficiary of that as it will return to U.S. Open competition for the first time since Francis Ouimet’s win at TCC more than a century ago in the 1913 U.S. Open. With a wedge in hand, golfers will go at the pin approximately 130 yards downhill. It will play as one of the shortest holes in tournament history, which, from a fans’ perspective, means the chance to witness birdies — and maybe even a hole in one.

“There’s a lot of good spots out there,” Scheffler emphasized.

Keegan Bradley, a graduate of Hopkinton (Mass.) high school after growing up in Vermont, never played at The Country Club while growing up in New England. He did refer to the course as the region’s “crown jewel,” though. Bradley has some 25 family and friends coming to witness his homecoming, and he’s recommending they pick a spot on the back nine and park it.

“Well, the whole back nine is pretty — a lot of grandstands, a lot of fun places to hang,” Bradley said. “The USGA does a great job of spreading the tee times out. On the Tour it will be — the premier pairings will be off 10 in the morning and 1 in the afternoon. But here in the U.S. Open they do them all around. There’s going to be action everywhere. It’s going to be a lot of people I think, so you better pick a spot and hang there.”

The par-4 13th also will provide an Instagram-worthy spot as players hit over a pond to a wide green guarded by a large bunker on the left and another on the front-right. But that’s not to overshadow the longest hole on the course, the 625-yard par-5 14th hole. As so many holes do in Brookline, the 14th presents the chance for golfers to see an array of outcomes, which might interested fans looking to see both failures and successes.

You can follow along throughout the U.S. Open with NESN’s coverage from The Country Club here.