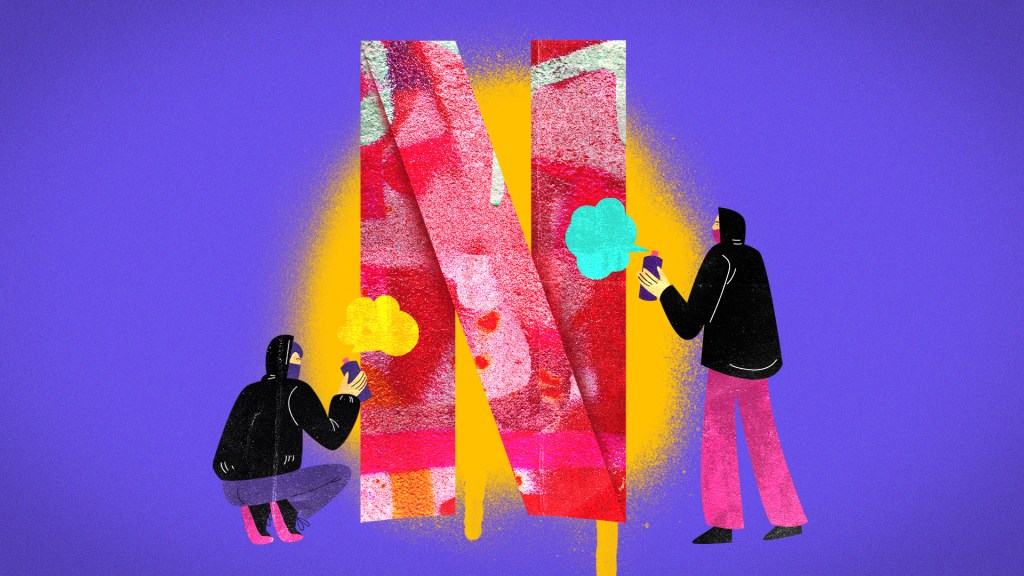 You may have heard that Netflix is getting into the advertising business.

In the unlikely event you didn’t, the mid-May TV upfront presentations made absolutely sure you were up to speed. And ad sales executives were happy to gloat.

“Some companies just haven’t been able to keep up with your needs,” quipped Linda Yaccarino, chair of global advertising and partnerships for NBCUniversal, kicking off upfront week May 16 at Radio City Music Hall. “At those companies, advertising could seem like an afterthought, or even worse, a new idea for a revenue stream.”

And Yaccarino’s barbs were just the beginning, with a number of networks touting their long support for advertising.

“Recently there have been headlines saying ‘advertising is back.’ I didn’t know it had left,” Fox Entertainment chief Charlie Collier said in a pre-taped bit for Fox’s upfront later that afternoon.

“Without you we would just be Netflix,” Fox Sports CEO Eric Shanks added in a message to the crowd of buyers. “We love selling pizzas, and phones, and insurance,” he added, with the implication being clear: Will Netflix really love it too?

Netflix revealed its advertising plans during its quarterly earnings call April 19. It was a surprise, with no mention of the plan in the company’s letter to shareholders, and with CEO Reed Hastings mentioning it unprompted on the call.

“Those who have followed Netflix know that I have been against the complexity of advertising, and a big fan of the simplicity of subscription,” Hastings said. “But as much as I am a fan of that, I am a bigger fan of consumer choice. And allowing consumers who would like to have a lower price, and are advertising-tolerant, get what they want, makes a lot of sense.”

While the TV giants did use the upfronts to take some jabs are more traditional competitors (in not-so-thinly-veiled jabs at Warner Bros. Discovery, Disney made hay of the fact that it is the only major studio that hasn’t been bought or sold in 100 years, while Yaccarino quipped that NBCU isn’t “some adolescent ad-tech company or the latest messy merger”), it was Netflix and its troubles that took the brunt of pile-on.

And as is tradition at Disney’s upfront, late night host Jimmy Kimmel went for the metaphorical jugular.

“I have to admit, after those smug bastards choked the life out of us for years, it feels really good to see them stoop to selling advertising,” Kimmel said. “Everybody loves Bridgerton. How much do you think they’ll love it when it’s interrupted by a tech commercial every four minutes, you zillion-dollar dicks?”

While Netflix’s advertising plans remain nascent and vague for now, the legacy networks (and their streaming services  still chasing the tech giant’s 220 million subscribers) were happy to pile on all week long, telling advertisers that they should look to their old friends first, before committing to the latest bandwagoner.

“I think the fact that you are seeing more people enter the AVOD space is really validation for us,” Paramount chief advertising revenue officer Jo Ann Ross told The Hollywood Reporter in an interview, adding that Paramount’s strategy of combining its streaming effort with CBS and the cable channels were the right move.

“It’s not easy,” Disney ad sales president Rita Ferro said at a MoffettNathanson conference May 18, when discussing new entrants into the space.

Indeed, that was the other theme of the week, with the phrase “trusted” and “partners” used by every company to describe their warm relationship with the advertising community.

“We have been committed to the ad supported video business since literally the first moments of our company’s history,” said NBCUniversal CEO Jeff Shell. “This is not an extension if our core business, or a pivot, it is our core business.”

And the pitches seemed to resonate with the in-person upfront crowd… to a point.

At one of the week’s many events, a buyer representing a large company in the food and beverage space told THR that the long relationships they had with the legacy TV companies were meaningful and important.

When asked if that meant they would avoid allocating some of their budget to Netflix, they laughed and added, “oh, I’m sure we’ll be spending with them too.”

A version of this story appeared in the May 25 issue of The Hollywood Reporter magazine. Click here to subscribe.